A brief history of… Skoda Octavia

With the fourth generation Skoda Octavia revealed this week to coincide with its 60th anniversary, we take a look at why and how this model became the ‘heart and engine’ of Skoda and helped turn the brand around from playground joke to its biggest seller globally. So where did it all begin? First, we have to take a peek behind the Iron Curtain. 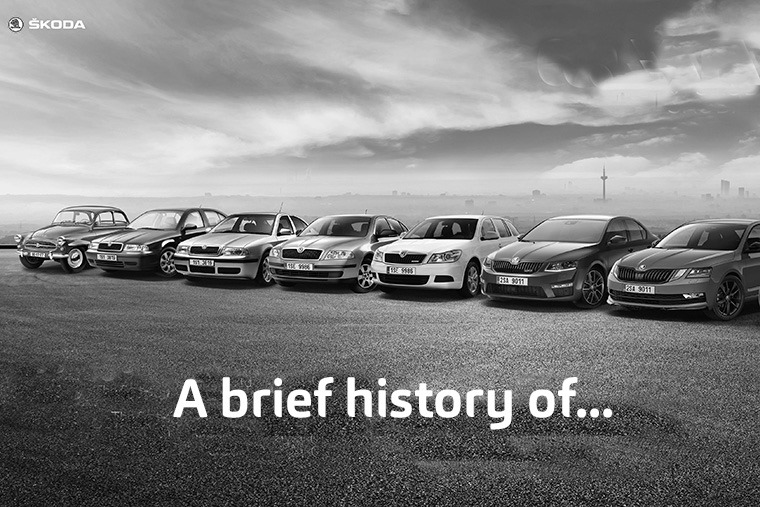 In 1959 the first ever Skoda Octavia rolled off the production line in Mlada Boleslav, Czechoslovakia. Produced by AZNP in the midst of the Cold War and under Soviet occupation, the two-door car was named Octavia as it was the eighth car produced by the nationalised Skoda.

Featuring a four-cylinder 1.1-litre engine offering 39hp, it offered a top speed of 69mph via a four-speed gearbox and an average fuel consumption of 36mpg. Stylish for the time, its driving characteristics also impressed with technical innovations such as the inclusion of a front axle with coil springs and a torsion bar stabiliser. This helped the Octavia offer a high level of riding comfort and pleasant handling. 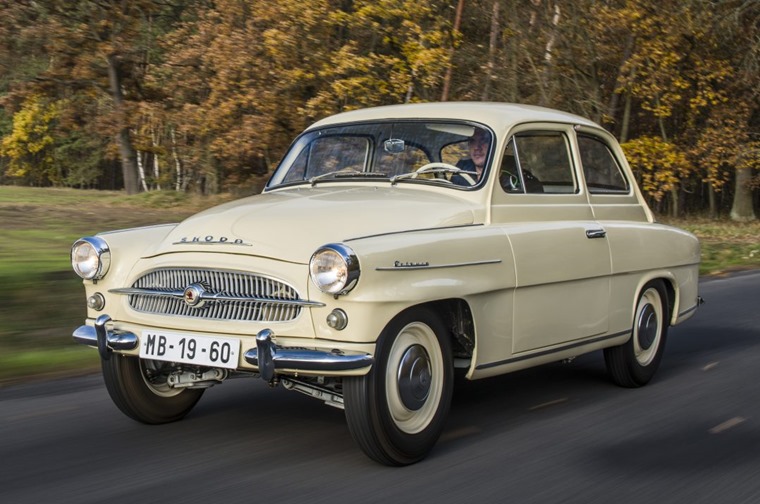 Later in the year a more powerful variant, the Octavia Super, was introduced featuring a 1.2-litre engine and 44hp, while 1961 saw the release of an estate version. Slightly heavier than the saloons, the Octavia Combi estate was also offered with the same 1.2-litre engines which boasted a top speed of 71 mph.

The range was extended even further when the Octavia Touring Sport was revealed at the 1960 Geneva Motor Show. With a top speed of 80mph, the model went on to secure a hat trick of victories from 1961-1963 at the Monte Carlo Rally in the category for unmodified road cars.

The two-door saloon ceased production in 1964, but the model name continued on with the Octavia Combi until 1971. In the 12 years of production, a total of 360,000 Octavia’s were produced.

With the fall of the Berlin Wall and the dissolution of the Soviet Union, Volkswagen Group purchased the Czech manufacturer in 1992. Development soon started on a completely new car that harkened back to the legendary model name. 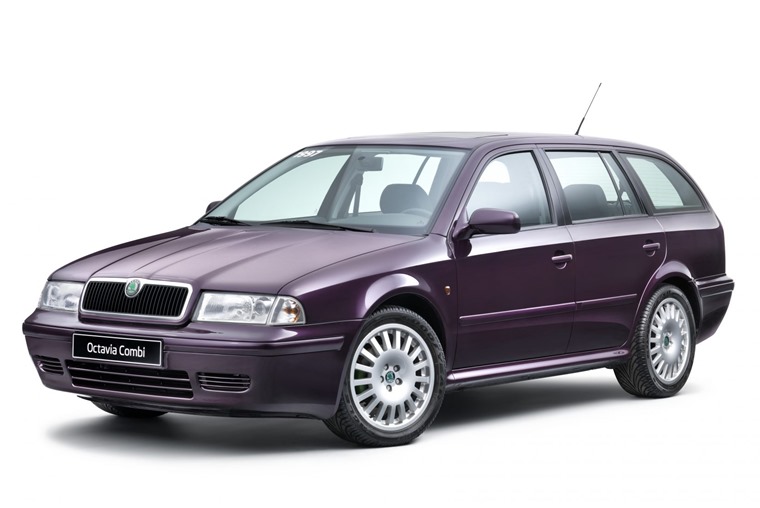 Designed by Dirk van Braeckel on a modern technical platform, the revived Skoda Octavia made a big impression on its return in 1998. Offered in saloon and estate variants like its progenitor, the modern Octavia offered a high level of active and passive safety as well as a generous amount of space. It soon found its niche among buyers who appreciated its solidity, refinement and value for money – all reasons why it was and still is one of the most popular vehicles among private taxi firms.

Taking full advantage of its standing in the Volkswagen Group, the Octavia used a wide variety of the engines also seen in the likes of the Audi A3 and Seat Leon – from the 1.4-litre four-cylinder petrol up to the 1.9 four-cylinder TDI.

A facelift was launched in 2000 which featured independent rear suspension and an improved interior in terms of space, design and quality of materials. A four-wheel drive estate model was also introduced and featured a higher ground clearance and a bigger fuel tank. 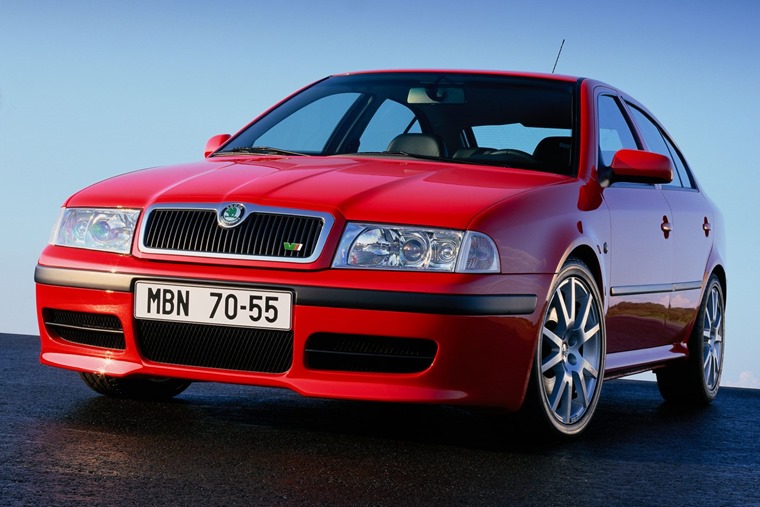 Perhaps the biggest introduction into the range came in 2001 with the launch of the Skoda Octavia vRS. With a variety of subtle extras such as chunkier bumpers, a rear spoiler, chrome exhausts and unique alloy wheels, the performance model was powered by the same 1.8-litre turbocharged engine found in the Volkswagen Golf GTI and offered 178hp and a 0-62mph time of less than eight seconds. 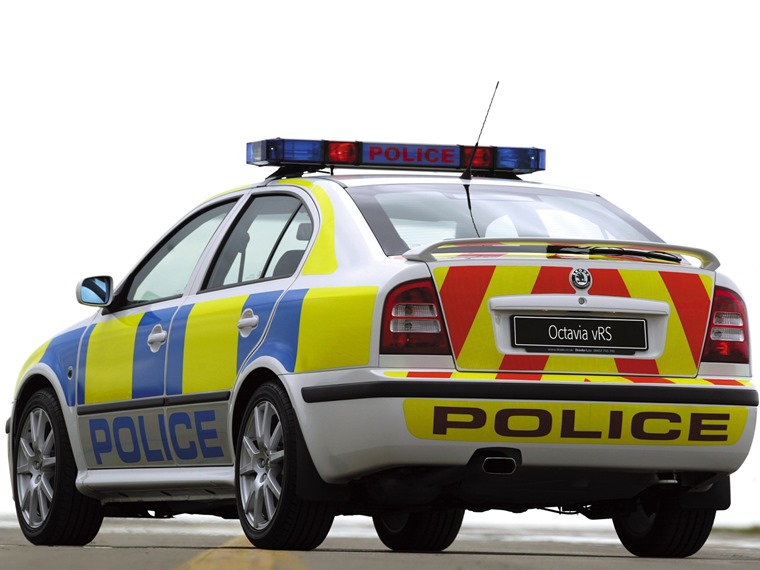 The performance model soon found popularity as a fleet car among the UK police force, both as a liveried vehicle and unmarked interceptor. Since then this trend has spread across all emergency services, helping to further raise the perception of the brand and model among the public as a fast and reliable vehicle.

When it came time for the second generation Octavia to be launched in 2004, it built on this groundswell of success with a much improved model. Built on the same platform as the Audi A3, Volkswagen Golf and Seat Leon, all models featured electric front windows, air conditioning and central locking and impressed with a variety of technical innovations such as direct injection petrol engines and dual-clutch transmission. Body changes included more legroom for rear-seat passengers and increased ground clearance at front and rear to reduce the risk of kerbing the car. 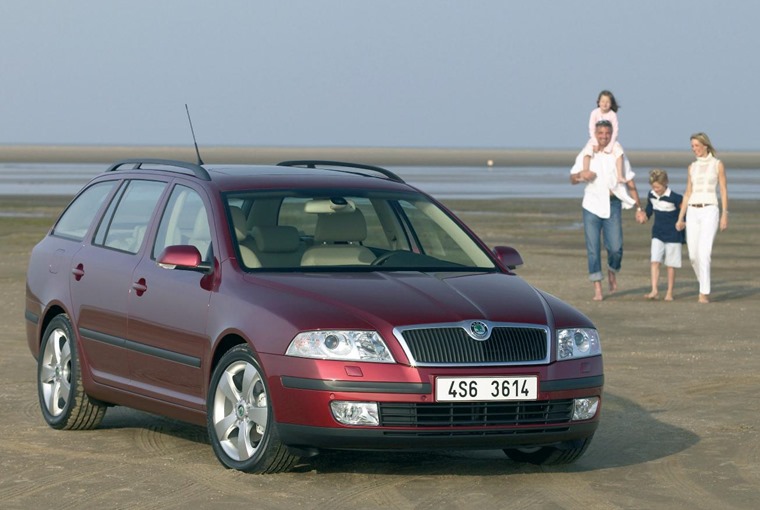 The Octavia’s stock rose even further in 2008, when a total of 650 Chinese versions of the model - known as the Octavia Mingrui – were used to transfer sportsmen, guests and support staff at the Beijing Olympic Games.

Seven trim levels were available over the course of its lifespan: Classic, Ambiente, Elegance, Laurin and Klement and vRS. 4x4 and Scout 4x4 were also available but only on the estate model.

A facelifted model was introduced at the 2008 Paris Motor Show and was released the following year. This saw new headlights and bumpers added to the exterior, with the interior offering a new stereo and steering wheel as well as additional refinements throughout the cabin. Further changes were made to the range of engines available and saw a 1.4 and 1.8 TSI engine introduced as well as a seven-speed direct-shift transmission for the first time.

The most recent Skoda Octavia, the third generation, was launched in early 2013 and proved to be the model that truly cemented the Octavia as an astute choice of vehicle. The most popular Skoda model in the UK, it was larger and lighter than ever before and featured a choice of four engines at launch: the entry level 1.2-litre petrol and 1.6 diesel engines both featured the same 103hp, while the 1.4-litre TSI petrol produced 138hp and the top 2.0-litre TDI engine offered 148hp. 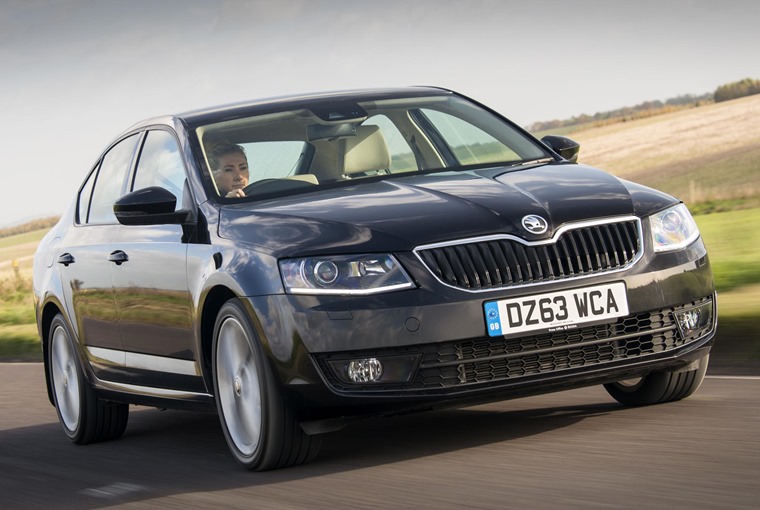 Reducing the trim levels to just S, SE and Elegance, it featured touch-screen infotainment along with air-conditioning, alloy wheels, seven airbags, stability control as well as Bluetooth and USB sockets all as standard.

The third generation Octavia also debuted the brand’s now-infamous ‘Simply Clever‘ features, including an ice scraper inside the fuel filler flap, a rubbish bin inside the door panel, and a double-sided floor mat in the boot.

The third generation Octavia vRS debuted later at the 2013 Goodwood Festival of Speed. The 2.0 TSI engine offered 218hp and with a top speed of 154 mph was the fastest production Octavia ever. In comparison with the standard model, progressive steering, sports chassis, electronic differential lock and a ‘Performance Sound Generator’ all differentiated it. Skoda also brought the Scout estate model back to market in 2014, once again featuring raised suspension, plastic cladding, and four-wheel drive.

A more powerful and sharper-looking Octavia complete with exterior styling tweaks, an updated interior, new driving aids and an improved infotainment system was revealed towards the end of 2016, with the vRS and Scout models following in 2017.

Which brings us to now. With a changing landscape in the automotive world, where does the Octavia go from here? Promising to redefine its segment for refinement, quality, and tech, the Octavia’s exterior has been modified to match the recent Scala and Superb models. A lower roofline also gives the hatchback a more streamlined and coupe-like appearance and comparatively emphasises the elongated silhouette of the estate. 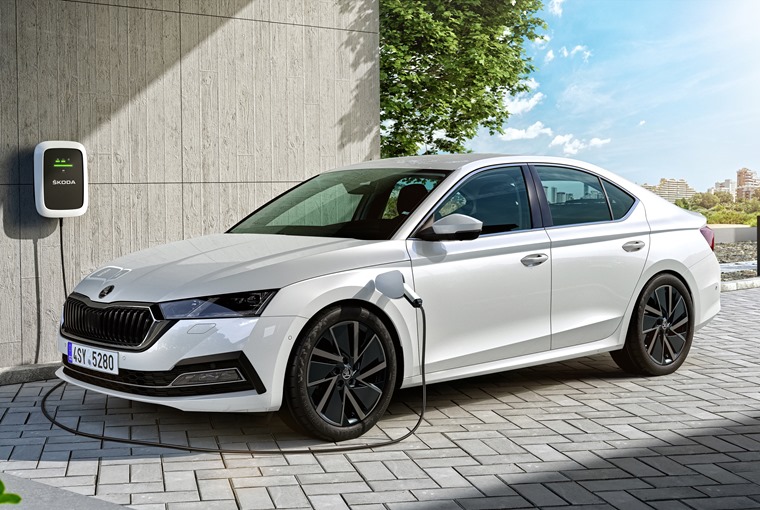 Similarly, the basic range kicks off with 1.0-litre and 1.5-litre four-cylinder turbo petrol engines which both feature 48v mild-hybrid technology when equipped with DSG gearbox.

When it was first brought to market, the Octavia and Skoda as a brand were perceived as the least sophisticated choice in the Volkswagen Group stable. But thanks to 11 years of consistent improvements, refinements, and innovations across the board, it’s now the diamond in the rough. Long may that continue.