The Alfa Romeo Giulia QV is one of those cars that’s going to be remembered long after it’s gone off sale. With its sublime engine, incredible chassis and Italian flair, it’s a real return to form for Alfa Romeo. 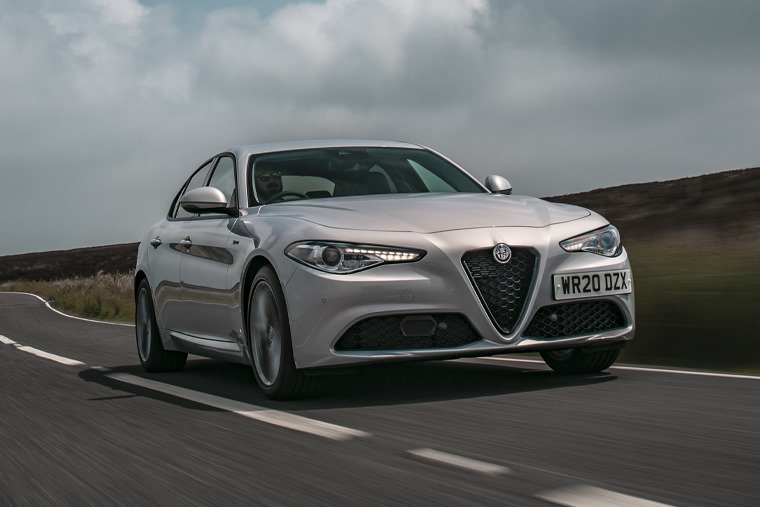 It’s often said amongst motoring circles that one can’t be a true petrolhead until they’ve owned an Alfa Romeo. If that’s true, then the Giulia Quadrifoglio is the car designed specifically for those hardcore petrolheads. It’s a hyper powered sports saloon that allows Alfa to compete with - and seriously worry - the likes of the BMW M3, Mercedes-AMG C 63 and Audi RS 4.

It’s based on the regular Giulia saloon, itself a great car. But the transformation into a QV model (Quadrifoglio Verde, or green four-leaf clover - the symbol of Alfa’s halo performance models) is remarkable. The Giulia QV uses a 2.9-litre V6 engine, twin-turbocharged to produce more than 500bhp.

With a lightweight body and rear-wheel drive, all the ingredients are there to make this a truly remarkable driver’s car. And with a recent update, the previously slightly tacky interior has been greatly improved, so the Giulia QV no longer seems so behind the pace compared with its German competition.

Of course, this sort of car isn’t suitable for everybody - it’s expensive to buy, even more expensive to run and nowhere near as practical for family use as something like an SUV.

But those in the market for one of these sports saloons should definitely consider the Giulia because, well, it’s fantastic. The QV is monstrously powerful, putting more than 500bhp to the road through its rear wheels and a slick, eight-speed automatic gearbox. 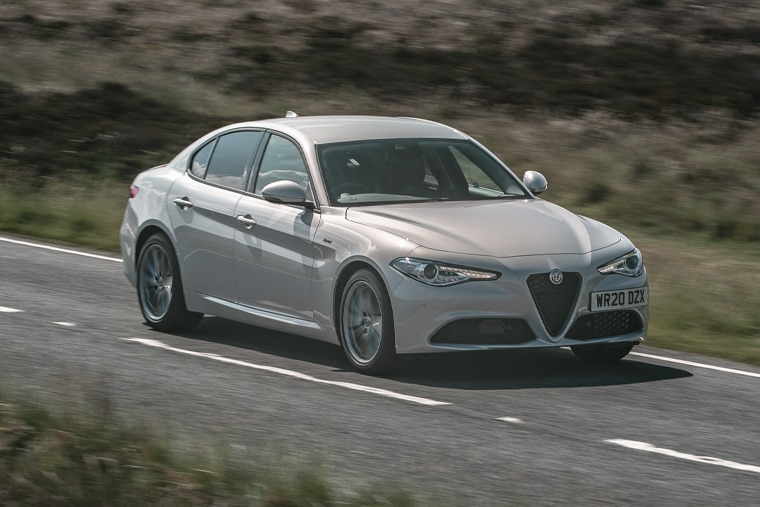 That means performance numbers on a level with some supercars - the industry-standard 0-62mph sprint takes just 3.6 seconds and it’ll max out at an astonishing 190mph. It sounds sublime, too.

But it’s no good just applying power in spadefuls if a car’s chassis isn’t properly equipped to handle it. Luckily, the Giulia is more than up to the task. It’s beautifully balanced, with quick and accurate steering that makes cornering a telepathic experience. Its sticky tyres give it plenty of grip, so it’s capable enough for those who aren’t necessarily racing drivers to enjoy, but if you’re more experienced you can really lean on the front end in fast corners and enjoy amazing poise.

Under our testing, the on-board computer showed just 17.6mpg, although much of that testing was looking at the performance aspects of the car…

It’s rather less feisty than its German competition, and that carries over to more mundane journeys, where it’s soft enough that pockmarked tarmac and speed humps aren’t things you’ll actively seek to avoid.

Of course, all that power does translate into high running costs - as it would with all of this car’s rivals. One doesn’t opt for a 500+bhp super-saloon expecting diesel-like running costs, so the Giulia QV’s official WLTP fuel economy figure of 27.2mpg and CO2 emissions of 236g/km aren’t too far out from what we’d expect.

That said, make use of the power available and it wouldn’t be a surprise to see that figure drop into single digits. Under our testing, the on-board computer showed just 17.6mpg, although much of that testing was looking at the performance aspects of the car… 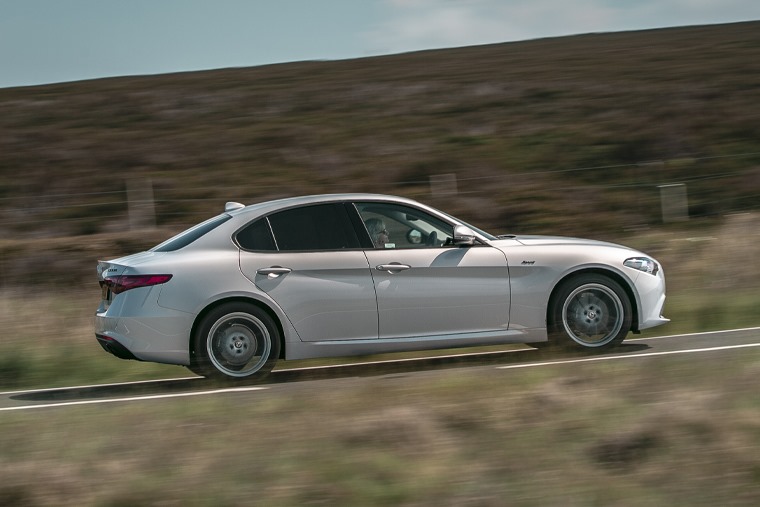 When the Giulia first arrived in the UK, we criticised the cheap, plasticky interior with tech that was a step behind the rest of the pack, but this year’s facelift improved matters greatly.

Design and usability is still a step behind the likes of the Mercedes-Benz C-Class, but with an upgraded infotainment system and improved material quality across the board, it’s a much nicer place to sit than it was previously.

And where it’s best, features have been carried over - we’re referring here to the near-perfect driving position, great steering wheel and enormous, solid metal gearshift paddles.

Practicality is rather lacking, however. While front-seat passengers will be comfortable, there’s not a great deal of room in the back and the boot’s an awkward shape with a small opening. The door apertures are also very small and awkwardly shaped, too - if you’re a tall driver you’ll have to get used to not clonking your head on the door frame as you get in and out. 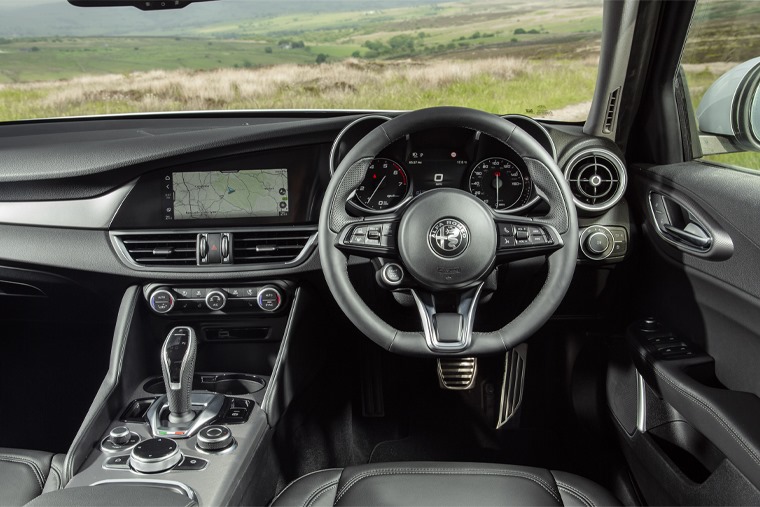 It’s more than a rival for the established trio of German super-saloons that have held this market segment all to themselves for years.

That level of criticism is what you find when you specifically go looking for it. For most, it won’t be an issue, especially as the performance aspects of the car will quickly make you forget what’s wrong.

In that vein, the Alfa Romeo Giulia QV is one of those cars that’s going to be remembered long after it’s gone off sale. With its sublime engine, incredible chassis and Italian flair, it’s a real return to form for Alfa Romeo.

It’s far from a practical family car for the average user - though the lack of practicality can be addressed by opting for the mechanically very similar Alfa Romeo Stelvio QV SUV instead. Crucially, it’s more than a rival for the established trio of German super-saloons that have held this market segment all to themselves for years.