Are we about to wave goodbye to the wing mirror?

Science fiction has a habit of becoming science fact. We might not be riding around on hover boards and eating food in pill form just yet, but look at some of the ideas from history and they are now normal part of everyday life. From watches that work as telecommunicators to voice-controlled technology in the home, fanciful ideas become normal. It’s the same for cameras in place of door mirrors of cars. 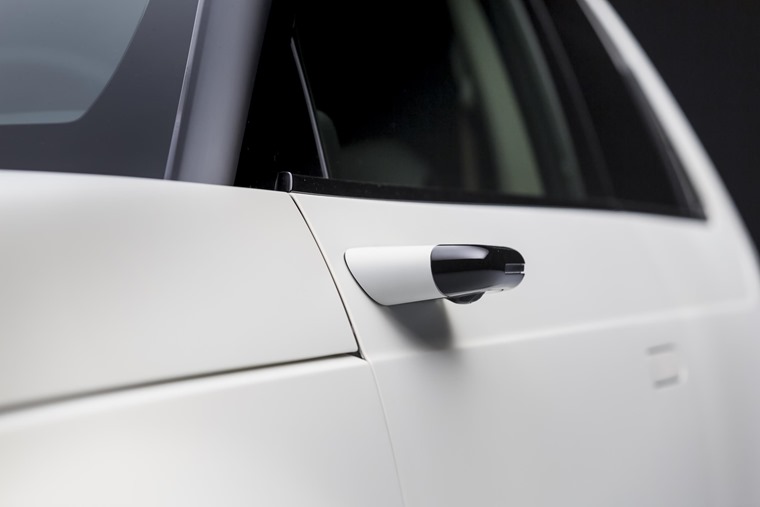 This idea has been brought into sharp focus, if you’ll excuse the pun, recently by the Audi e-tron and Honda e city car. Audi is the first to market with a full-on production model, but it’s not the first by some margin to use this idea to lower a car’s aerodynamic drag coefficient to improve fuel economy and reduce emissions.

The idea of cameras in place of door mirrors has been around since the 1950s, when it definitely fell into the sci-fi category of car designer ideas. However, the notion has been bubbling away and large commercial vehicles have explored it for the safety benefits it offers. Being able to spot potential hazards in a large vehicle’s mirror blind spots has obvious advantages, but this isn’t why car makers are adopting the technology in greater numbers now.

Volkswagen really started the ball rolling back in 2011 with its XL1 concept. Only a handful were made, but they used small cameras mounted low on the doors to give the driver a view of what was to the side and rear of the car. It was a neat solution that presented a small frontal area than a traditional door mirror and also overcame the XK1’s low-slung design that would have made it tricky for the driver to see a traditional mirror. 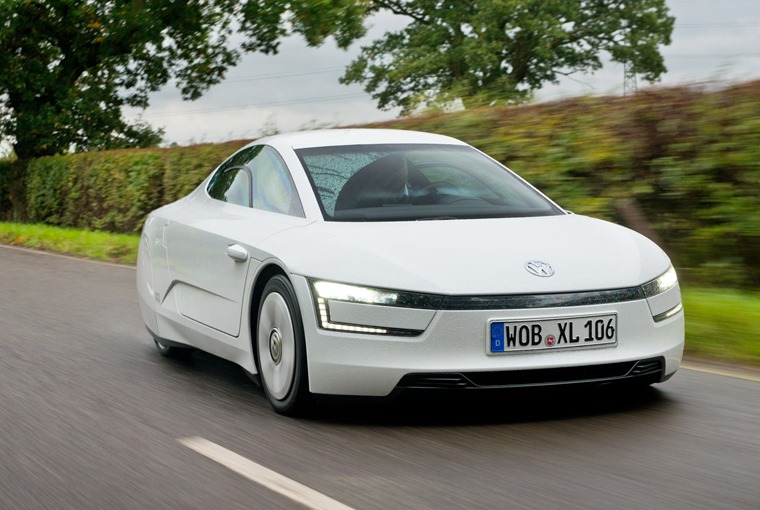 BMW also floated this idea in its 2016 i8 Mirrorless concept shown at that year’s Consumer Electronics Show in the US. So far, this has not been incorporated into a BMW production car, but it’s only a matter of time before it is.

Others have been promoting the virtues of the side view camera, notably Tesla. It’s been thwarted until recently by legislation in the US, but a shift in acceptance and understanding is changing this. For starters, all cars sold in the US weighing less than 4,500kg must have a rear-view camera included. That’s pretty much every passenger car other than the real heavyweight pick-up trucks. The idea for this is that rear-view cameras save lives, especially those of young children and the elderly who are often less aware of when a vehicle is reversing.

This has opened the gates to wider use of cameras and Audi has made the most of it. With its e-tron, opting for the Virtual Mirrors, as Audi coins them, the drag coefficient drops from 0.28Cd to 0.27Cd. That’s quite a big drop in the scheme of things and when it’s as easily achieved as removing the normal door mirrors and replacing them with slender mounted with small cameras on them, you have to ask why all cars are not using this system? 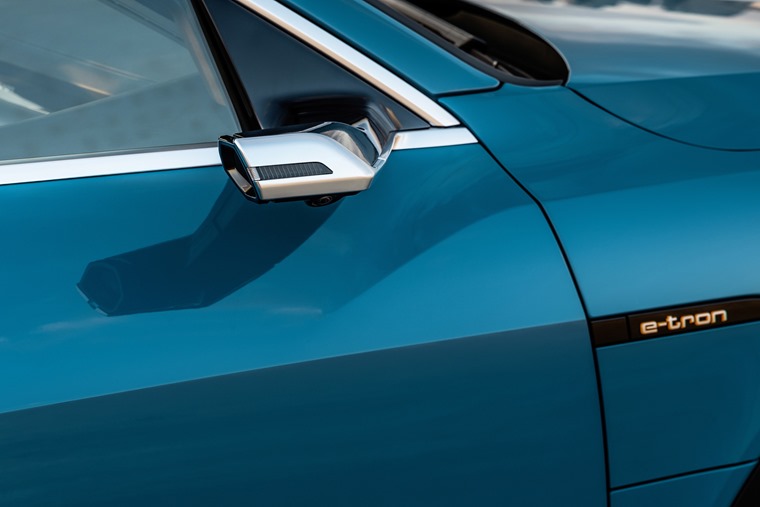 Well, cost is a major hurdle as Audi will relieve customers of £1,240 for this optional extra. Yet that hasn’t stopped Honda from announcing its Honda e electric city car will come with this very technology as standard on all models. Honda says this approach cuts drag by 90% compared to normal mirrors. Along with other features such as flush-fitting door handles and glass, these marginal gains all add up to a significant improvement in the car’s ability to travel further on the same given charge it would manage otherwise.

It’s also significant that door cameras are being championed by electric cars. The technology fits in with the ethos of these vehicles and the people choosing them are generally early adopters willing to try new ideas. It’s part of the appeal of picking a car like the e-tron or Honda e.

However, there are clear benefits to having a car with virtual door mirrors. For starters, the camera can see into blind spots that a traditional mirror cannot. It can also offer a wider angle view and automatically adjust to the car’s speed and environment. Of course, there’s also the small but worthwhile improvement in economy and battery range to consider also.

Yet, there are some downsides to virtual mirrors. Most of these involve the human element as drivers have been used to traditional mirrors since they were invented. It’s intuitive to glance into a mirror and then return your vision to the road ahead. Also, the technology is incredibly simple and works every time unless the mirror is damaged or obscured, which are both easy and cheap to sort.

With a virtual camera, the cost of replacement will be noticeably higher and the work more complex. Also, having tried the Audi e-tron with its Virtual Mirror system, it’s not the natural experience one might hope for. The display cameras are mounted a little lower in the door than where your eyes automatically want to flick to. New drivers will not find this as they have no previous reference point, but existing drivers all report it takes a lot of getting used to look down rather than out of the Audi to see what’s behind.

The screens used for the Audi e-tron are also prone to glare from the sun, which normal mirrors don’t suffer from. Add in the risk of drivers looking at the screens for longer than at a mirror, which is an ingrained human response to screens, and there’s still some work to be done with door cameras.

This isn’t to single out Audi for criticism, it’s simply because Audi has been the first to market with a technology that still requires some finessing. Just as with infotainment touchscreens and satnav, it will improve quickly and dramatically, so passing judgment is best reserved for a few years down the line on this technology.

There seems little doubt that side view cameras will remain with us rather than being a fad. Their ability to reduce aerodynamic drag makes them too appealing to designers and engineers looking for those slim gains that are needed to make cars more efficient all the time. Consequently, we may well look back on the Audi e-tron’s Virtual Mirrors as another marker where science fiction turned into fact.