The all-electric Audi e-tron Sportback is now available to order, with this SUV-coupe set to sit along the standard e-tron and offer ‘the smoothest possible transition to electric driving for Audi customers’.

With list prices starting from £79,900, this luxurious innovative vehicle can be seen as an alternative to the recently refreshed Jaguar I-Pace and upcoming Tesla Model Y. Here’s everything you need to know. 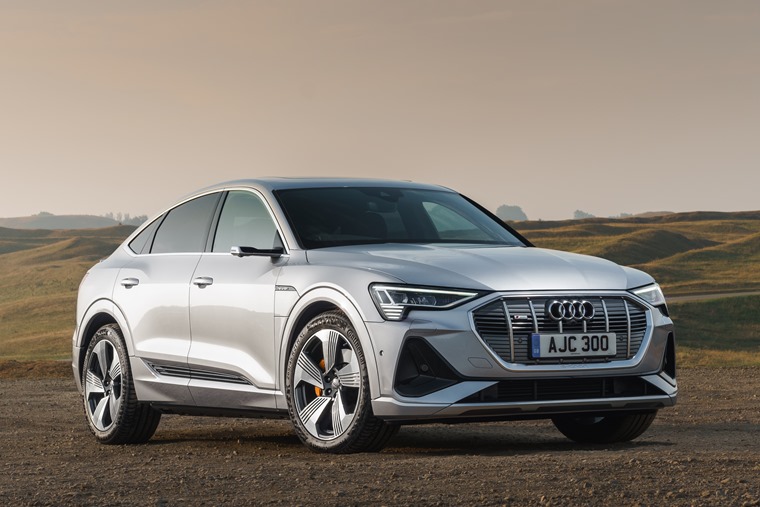 Initially it will be available as the 95kW 55 Quattro drivetrain, although a more affordable 71kW 50 Quattro will follow later in the year. 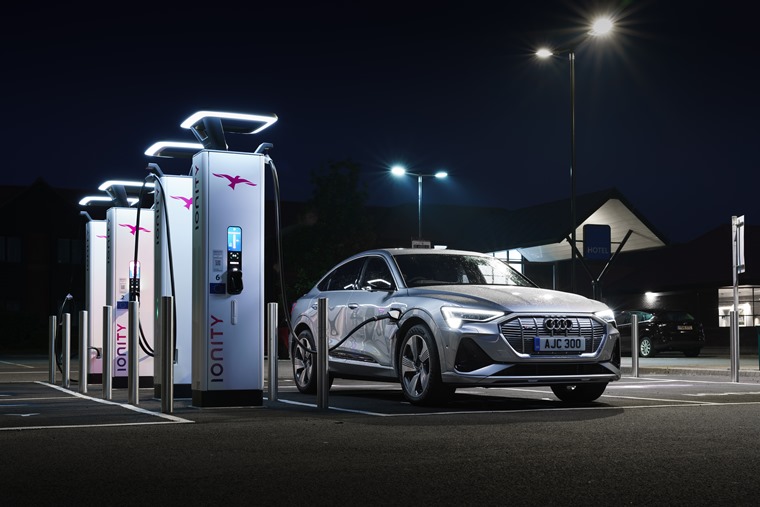 Audi has unveiled its next electric car at the LA Auto Show, the e-tron Sportback. With a 300 kW boost output and range of up to 240 miles, it will be available to order early next year.

Other unique offerings from the Sportback include the use of 150 kW DC fast chargers which will see the EV reach 80 percent of its capacity in 30 minutes. Audi’s own ‘e- tron Charging Service’ will be rolled out in the UK towards the end of this year to provide easy access to more than 120,000 public charging points too.

A sleek and more efficient alternative to the classically-styled e-tron, the Sportback will begin at S line level when it is launched. This will see distinctively contoured bumpers, pronounced air inlets and a spoiler and full-width diffuser add emphasis to the rear end while also contributing its outstanding aerodynamics. 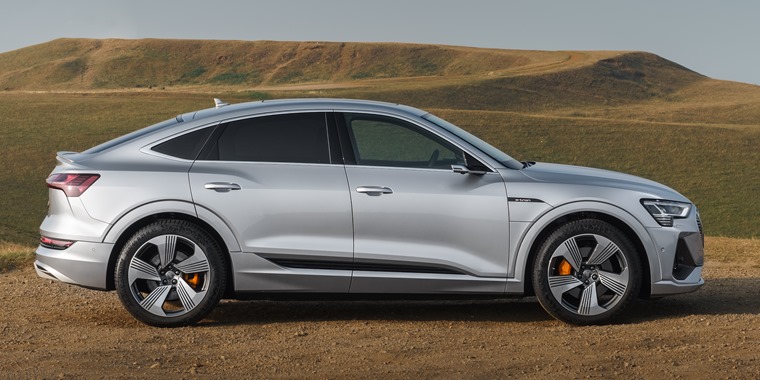 Combined with the coupe-esque body shape, these factors all help the Sportback achieve an outstanding drag coefficient value of just 0.25— which equates to an increased range of six miles over the regular e-tron. The optional virtual exterior mirrors, whose wing-shaped supports integrate small cameras, are another contributing factor.

Smart LED matrix projector headlights also add a unique touch and can generate dynamic leaving-and coming-home animations that appear on a wall or on the ground. On motorways, the lane light creates a carpet of light that illuminates the driver’s own lane brightly and adjusts dynamically when changing lane.

The beauty of the e-tron is that it manages to be an EV that doesn’t feel like an EV. That’s partly thanks to a top-notch interior that feels much like any other high-end Audi. There is a 12.3in infotainment system as standard across the range, while a lower touchscreen gives haptic feedback and is used to control the air conditioning.

The driver also gets Audi’s MMI digital display in place of analogue dials, with the system making use of Amazon Alexa allowing it to understand and interpret tens of thousands of voice commands. An app is also available that allows you to preheat the car and check the battery range remotely from your mobile phone. 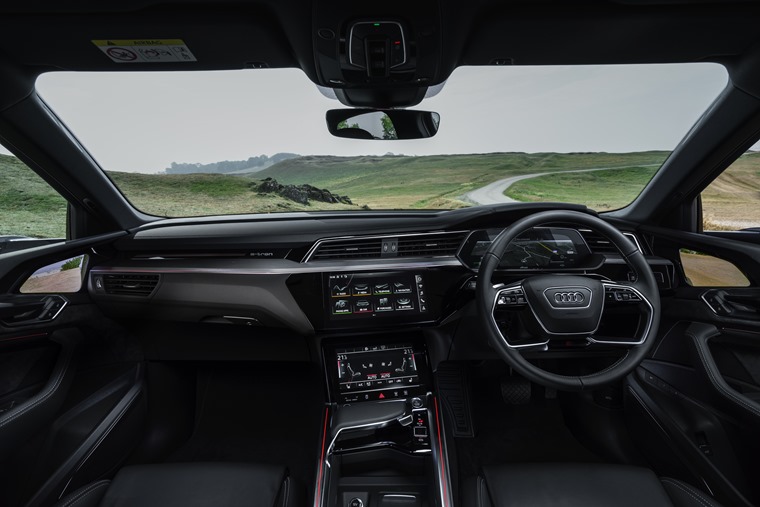 While that sloping roofline means that Sportbacks don’t get as much rear headroom as the standard e-tron, there is still a boot with a 555-litre capacity which should be more than enough for most people’s needs. This is on top of an extra 60 litres that you’ll find in the froot (front boot) – where you’d normally find an engine.

Safety is high on the agenda too, with a range of autonomous options allowing the e-tron Sportback to brake, steer and accelerate without driver input when on the motorway or sat in traffic jams. Most of its autonomous capabilities, however, will be expensive options. 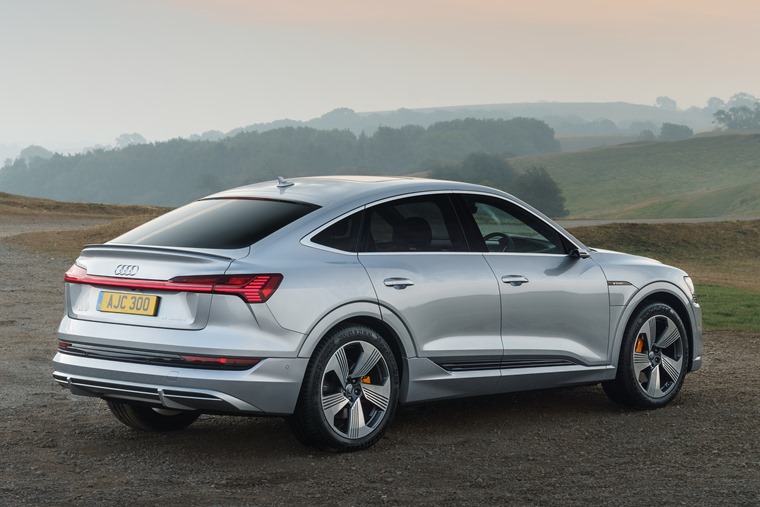 Available now, you can compare e-tron Sportback car leasing deals here. We’ll let you know more about the launch of the entry-level 50 version as soon as we hear more.