The facelifted Audi Q7 will introduce a variety of styling and engine updates when it is released in September.

Bringing the design in line with the larger Q8, the seven-seater Audi Q7 features a reworked grille, new front and rear bumpers, side sills and exhaust tips. While it sits on the same platform as before, the new Q7 is also 11mm longer at 5063mm. 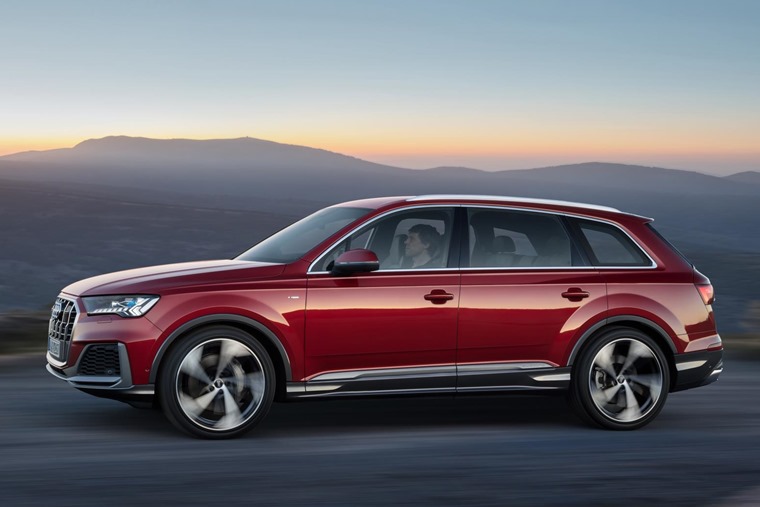 Top performance comes via the TFSI petrol model which will be available soon after launch. This offers 335hp and 500Nm of torque and a 0-62 just under six seconds. An eight-speed automatic drivetrain powers all three engines as well as quattro all-wheel drive.

While these 3.0-litre V6 engines all feature Audi’s mild-hybrid technology to improve efficiency, a full plug-in hybrid Q7 is also expected to join the range at a later date. 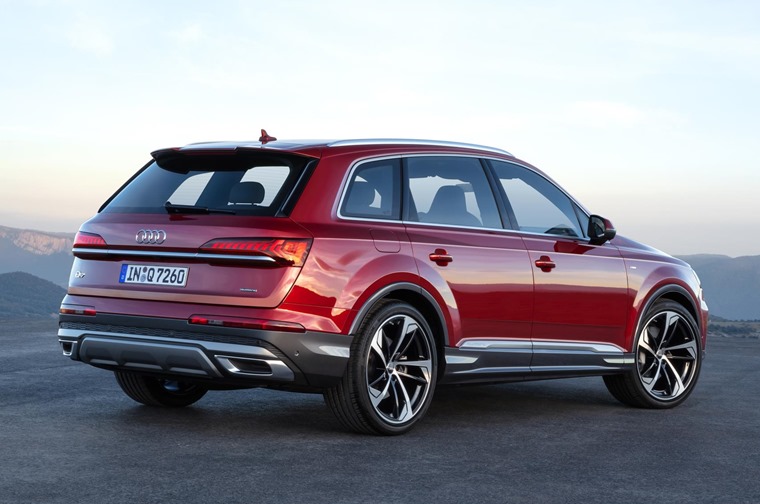 The standard mild hybrid technology plays a major part in the efficiency of the engines and can reduce consumption by up to 0.7 litres per 100km.

Its central component, the belt alternator starter (BAS), powers a 48-volt main electrical system in which a compact lithium-ion battery stores the energy and can recover up to 8kW of power and feed it back into the battery. 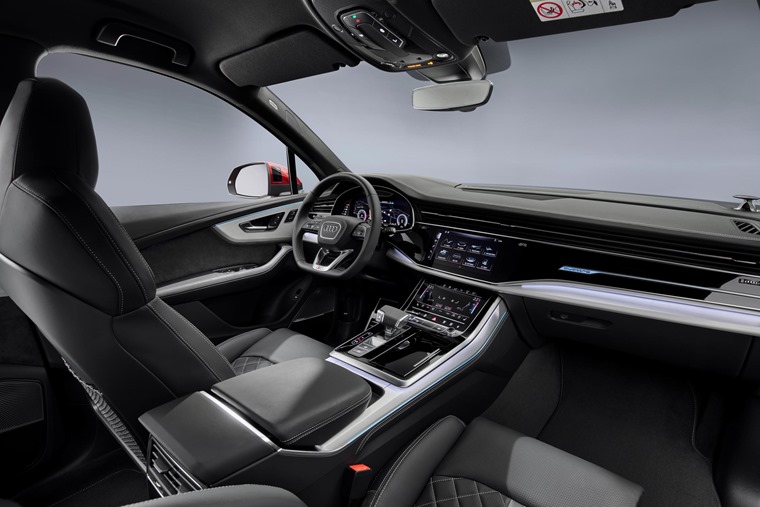 Step inside and it’s business as usual for Audi. The latest version of Audi’s twin touchscreen MMI infotainment system is offered, with Virtual Cockpit as standard and an optional head-up display available. The cloud-based Amazon voice service Alexa, which is integrated into the MMI operating system, is also new.

An electric tailgate is also standard and depending on the position of the rear seats the luggage compartment on the seven-seater version offers between 865 and 2,050 litres of capacity.

The Audi Q7 is available to order in the UK from September, with first UK deliveries in October. Pricing and specs are TBC.