The Audi S3 range has been updated for 2020, ushering in more power than ever, a host of new tech and the same styling overhaul we’ve already seen on the standard A3 range. 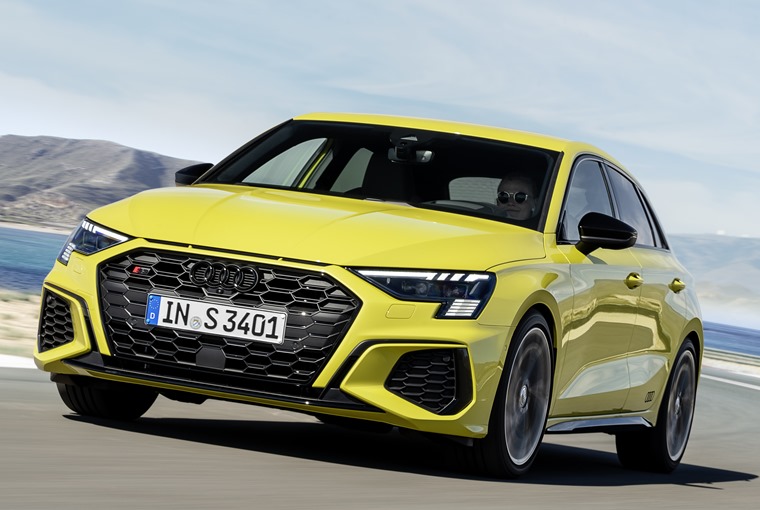 It’ll sit at the top of the range until the new RS3 arrives in 2021 and is aiming to take on the Volkswagen Golf R and BMW M135i. Deliveries are set to commence before the year is out.

The most powerful S3 to date

Under the bonnet, there’s a 2.0-litre turbocharged petrol engine that produces 306hp – around 15 more than the outgoing model. Coupled to the standard Quattro four-wheel-drive system, that allows both the Saloon and Sportback to accelerate from 0-62mph in just 4.8 seconds. Top speed is limited to 155mph.

All models feature a seven-speed automatic gearbox, while Audi says the new S3 has been specifically developed to offer class-leading long-distance performance.

This is thanks to a system that adjusts the suspension, gearbox and exhaust note to make the car as comfortable as possible on motorway journeys. The Quattro system gets a modular dynamic handling control too, aiming to maximise grip.

The new S3 will be available as either a four-door saloon or a five-door Sportback hatch, both of which benefitting from a plethora of exterior enhancements compared with the standard A3. 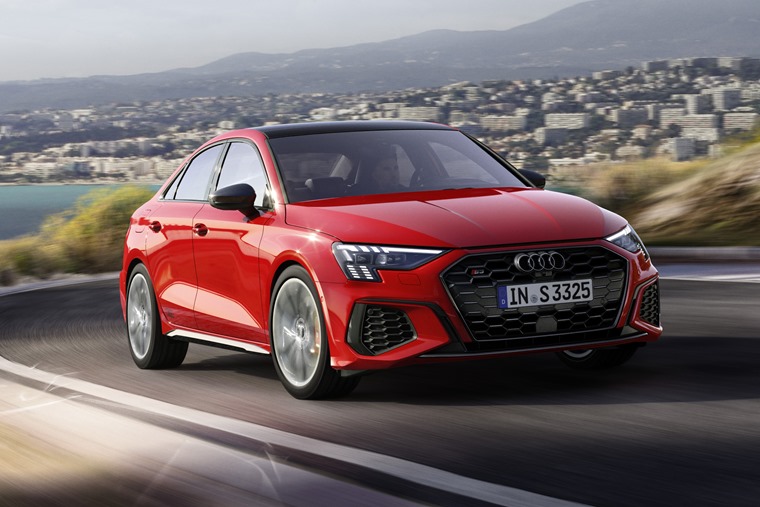 The headlights are darker than the standard car, while the grille is now a muscular angular unit. It’s also marked out by the giveaway rear diffuser, quad tailpipes, 18in alloy wheels and aluminium trim pieces.

The S3 is also larger than its predecessor, measuring in at 1.6in longer and 1.2in wider. When parked next to a regular A3, it’s noticeably lower too (0.6in).

The basic interior and tech found in the new S3 has been carried over largely unchanged from the standard A3. The good news is that interior is one of the best to ever grace a hatchback.

The central touchscreen infotainment interface and the driver’s Virtual Cockpit are both 10in screens and come as standard, while the gear selector is much smaller than before. In fact it’s more of a toggle switch than a gear lever. 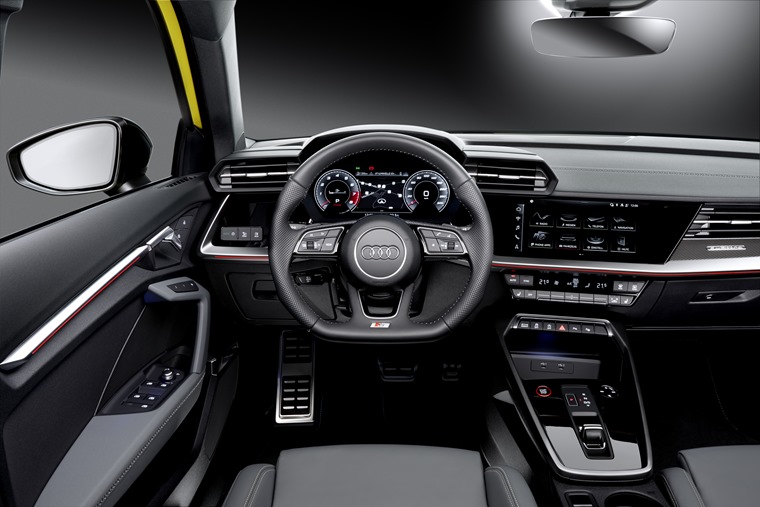 The central screen can be upgraded to a 12.3in unit, while Audi's latest MIB3 software is standard. Standard safety systems include Pre sense collision (front), swerve assist, lane departure warning and park assist.

A heads-up display is offered as an option. There’s also a squared off sports steering wheel, aluminium pedals and trim along with suede-effect upholstery. These are actually made from recycled PET plastic. 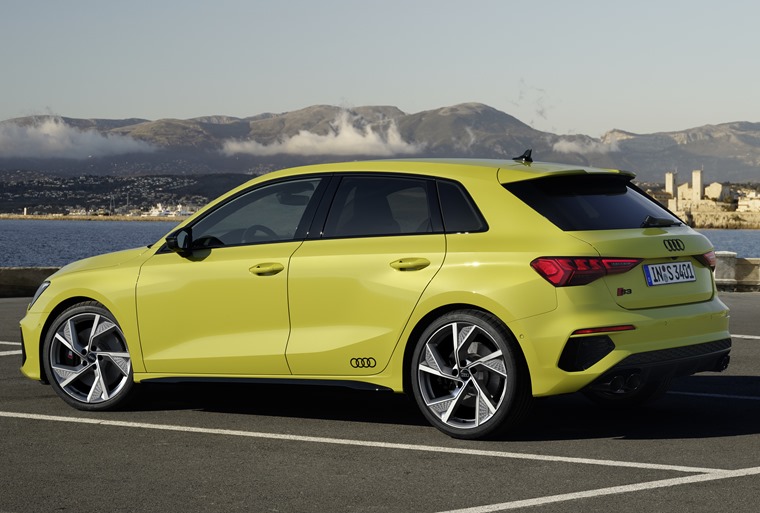 Order books for the new S3 are set to open this week, with deliveries set to commence in the autumn. You can check out the full range of Audi A3 leasing deals here.