Audi has revealed details of the SQ7 following the debut of the facelifted Q7 last month. It gets the same styling tweaks and tech enhancements, with the additional of a 4.0-litre V8 diesel engine that produces 435hp.

On the outside, it mirrors the recently updated Q7, although there are some S-specific differences. For starters, there’s aluminium-look trim, beefier bumpers and of course the obligatory set of quad-exit tailpipes. All SQ7s come with a set of 20in alloy wheels too. 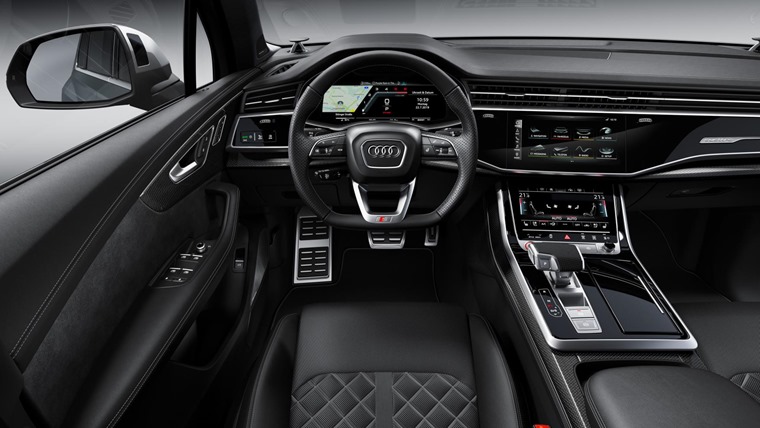 The latest version of Audi’s twin touchscreen MMI infotainment system is offered, with Virtual Cockpit as standard and an optional head-up display available. The cloud-based Amazon voice service Alexa, which is integrated into the MMI operating system, is also new.

The 4.0-litre biturbo TDI backs up its 435hp with a huge 900Nm of torque – enough to catapult the SQ7 TDI from rest to 62mph in 4.8 seconds and to take it to an electronically governed top speed of 155mph. 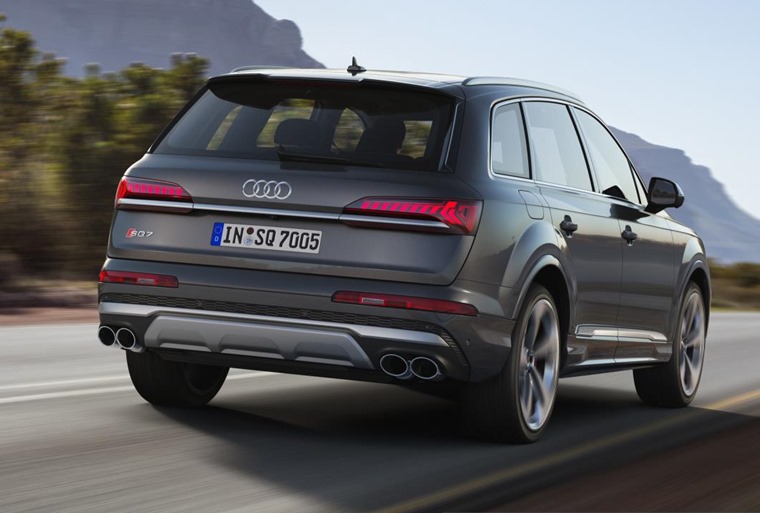 A 48V electrical system assists the two turbochargers whenever the load demand from the accelerator is high, increasing acceleration further. An eight-speed automatic gearbox and quattro all-wheel are standard on all SQ7s.

The SQ7 is set to officially launch later in the summer and will be available to order in the UK from August. In the meantime, check out our video review of the SQ7 here.