Bentley aim to raise the bar once again in the luxury SUV segment with their updated Bentayga. 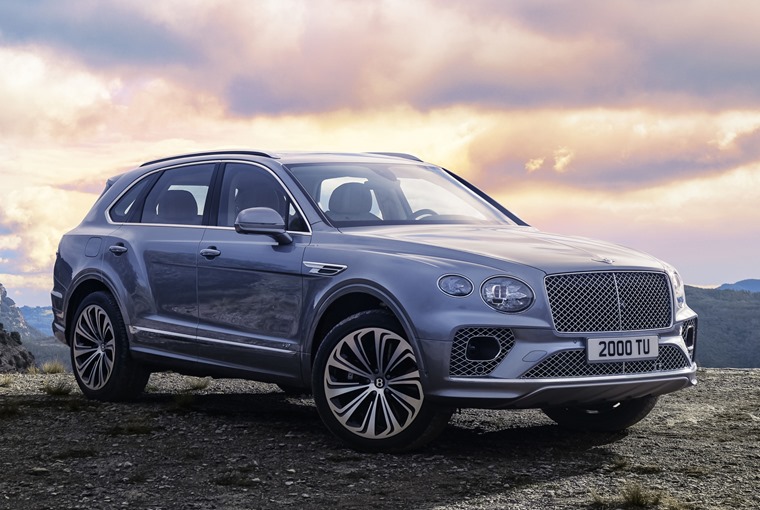 Designed with arguably the broadest remit in automotive history, Bentayga had to offer the performance of a supercar, the ride comfort of a limousine, a semi-autonomous driving capability, a range of powertrain options, and off-road ability to rival the very best premium SUVs – while retaining the craftsmanship, luxury and quality of a Bentley. The refreshed model hopes to continue that legacy.

Top five things you need to know about the Bentley Bentayga

A more aggressive front bumper emphasises the performance characteristics of the car while the rear has undergone a total redesign including a new full-width tailgate with encapsulated lamps. The licence plate has been moved down into the bumper for a cleaner appearance too, while wide, split tailpipes leave no doubt that this is a powerful performance car. 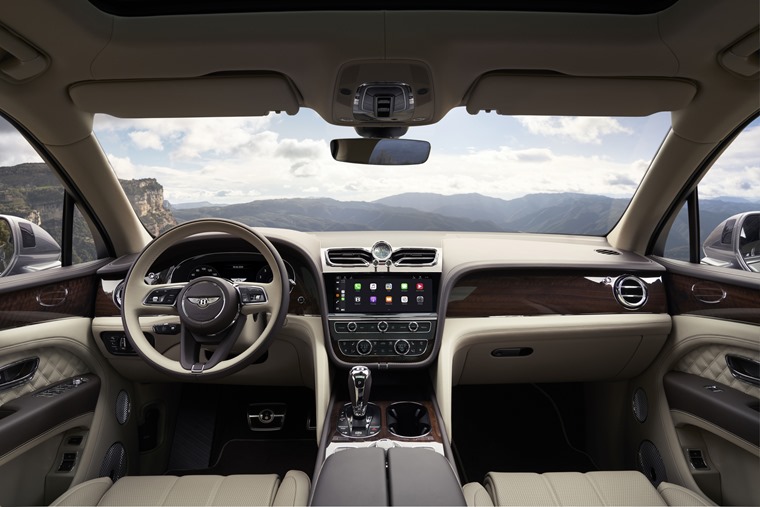 The Bentayga’s highly praised interior has been significantly revised in the refreshed model, with the major changes including a new centre fascia and steering wheel, new door trims and all-new seats. Passengers in the rear also enjoy significantly more space, with legroom increased by up to 100mm depending on configuration. Connectivity around the car has also been significantly improved, with USB-C data ports and a wireless phone charger now standard.

The luxurious interior can be further enhanced with the application of dark tint diamond brushed aluminium trim for the first time in a Bentley, as well as two straight-grained veneers new to Bentayga: Koa and Crown Cut Walnut. Mulliner Driving Specification adds a new quilting design, and micro piping detailing is a new option for the seats. 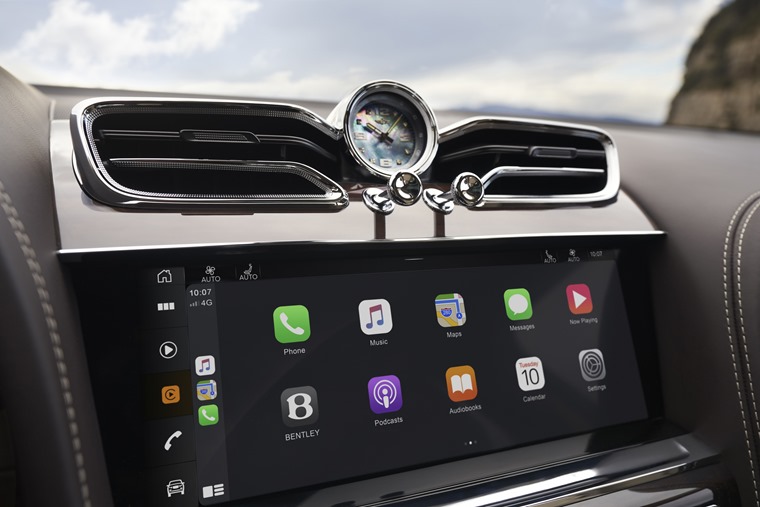 A next generation infotainment system is integrated seamlessly into the handcrafted, Bentley ‘wing’ dashboard design and features a 10.9-inch high-res display screen with edge-to-edge graphics.

The latest hardware and software bring all-new navigation with satellite maps, online search and other features. Wireless Apple CarPlay is standard for the first time, alongside Android Auto. Rear seat occupants benefit from the introduction of a new, larger touchscreen remote control tablet, similar to that introduced in the all-new Flying Spur.

New Bentayga is now also provided with an embedded SIM, similar to the latest Continental GT models, meaning My Bentley connected car features no longer require customers to provide their own data connection. 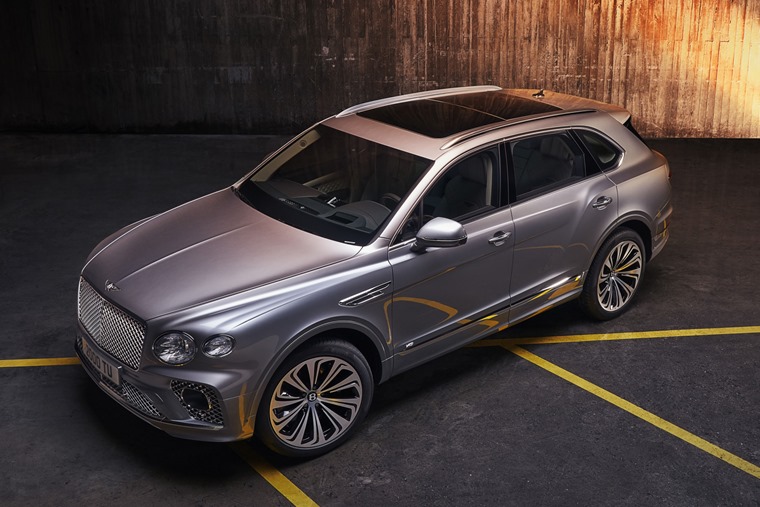 The class-leading performance of the new Bentayga V8 is complemented by a range of 397 miles, with efficiency moderately refined to 21.2 mpg. This is due in part to the ability of the engine to de-activate four of its eight cylinders without compromising the drive.

A plug-in Hybrid and W12-powered Speed versions will follow later in the year.