With bold new styling and a sportier chassis, the new BMW 4 Series coupe has been revealed. 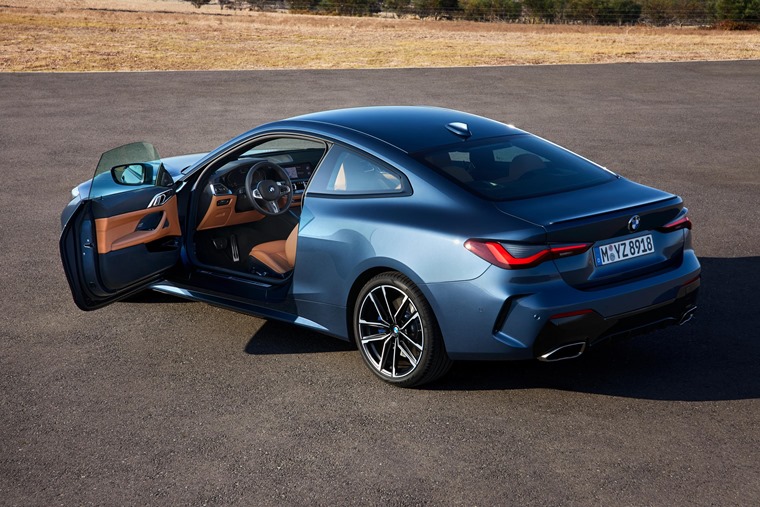 A defining, and increasingly divisive, element of any new BMW launch is the trademark kidney grille. With the 4 Series it reprises a design feature from the company’s past but adds a modern twist. It is framed by surfaces with a three-dimensional structure and, like the contours of the headlights, the bonnet’s arrow-shaped lines zero in on the grille. At the outer edges of the front apron, the vertically designed intakes for the Air Curtains accentuate the width of the car.

Featuring a sleek side profile with bold surfaces, it has a slim window graphic and a stretched roofline which flow smoothly into the tail.

Cleanly designed surfaces, high-quality materials and the driver-focused layout of the cockpit define the premium and performance feel of the interior.

The start/stop button for the engine is now positioned in the centre console, where the newly designed selector lever is joined by the buttons for the Driving Experience Control switch.

The latest version of BMW’s iDrive infotainment also features, with the iDrive Controller also situated in the centre console.

Practicality hasn’t been overlooked either, with the 4 Series offering a 40:20:40 split backbench, an array of storage areas and boot space that has been increased to 440 litres.

The BMW 4 Series comes as standard with a fully digital screen grouping comprising a 12.3 inch instrument cluster behind the steering wheel and a 10.25-inch Central Control Display.

The infotainment unit features the seventh generation of BMW’s operating system, opening up a range of personalisation and connectivity options as well as new apps.

The new BMW 4 Series will be available with a choice of two four-cylinder petrol units and a four-cylinder diesel from launch, with significant engine advances made over the outgoing model.

Mild hybrid technology has been included with all diesel engines as well as the straight-six petrol unit in the flagship BMW M440i xDrive. The introduction of mild hybrid technology with a 48V starter-generator ensures even sharper power delivery combined with reduced fuel consumption and emissions.

The 420i and 430i four-cylinder petrol units offer 181bhp and 254bhp respectively, while the 420d 2.0-litre four-cylinder turbo diesel mild-hybrid delivers 187bhp and official fuel economy of between 67.3 and 72.4mpg.

The line-up is set to expand further with the arrival of two straight-six diesel engines in March 2021.

All the engines link up as standard with an eight-speed Steptronic transmission and all models are also fitted with shift paddles on the steering wheel. 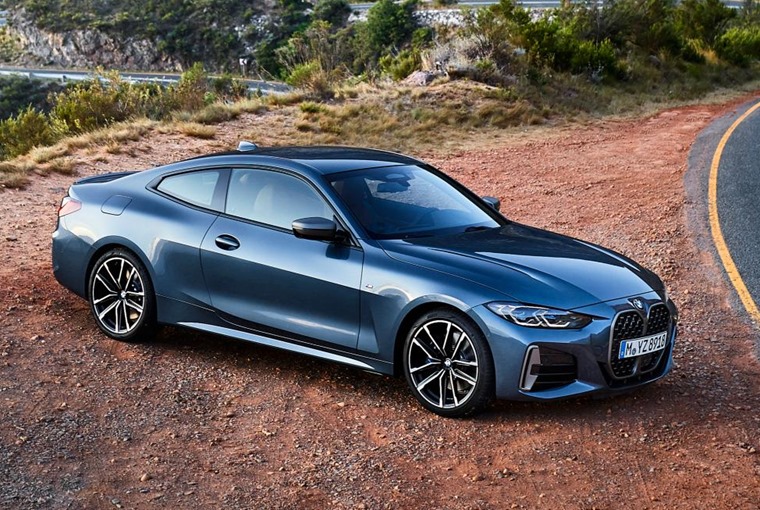 The standard and optional driver assistance systems in the new BMW 4 Series have undergone a major upgrade over the outgoing model, with front collision warning, speed limit info and lane departure warning now offered as standard.

Cruise control with braking function comes as standard too, while Active Cruise Control with Stop&Go function is available within the Driving Assistant Professional package.