The 2019 BMW 7 Series is now available to lease, with list prices from £69,565. This flagship saloon features a new look, fresh tech as well as new plug-in hybrid drivetrain options. Here’s everything you need to know… 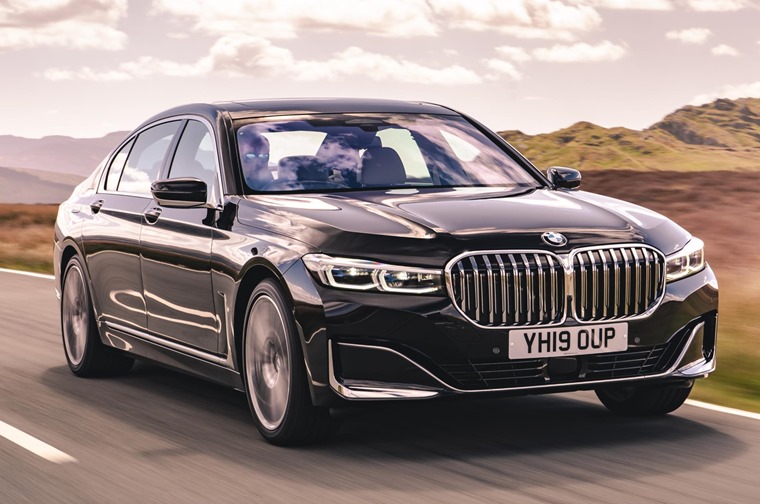 On the outside, the most noticeable design change is the iconic kidney grille. Taking inspiration from the all-new X7 SUV, it’s significantly larger and gives the front of the car a completely new look. It also means the bonnet line has been raised, while the headlights are thinner than before and cut upwards.

There are now air vents incorporated into the front bumper, while an additional set can now be found behind the front wheels. Less notable changes include a chrome strip that runs along the bottom of the doors, a fresh rear bumper with a new tailpipe design and a fresh set of alloy wheels. 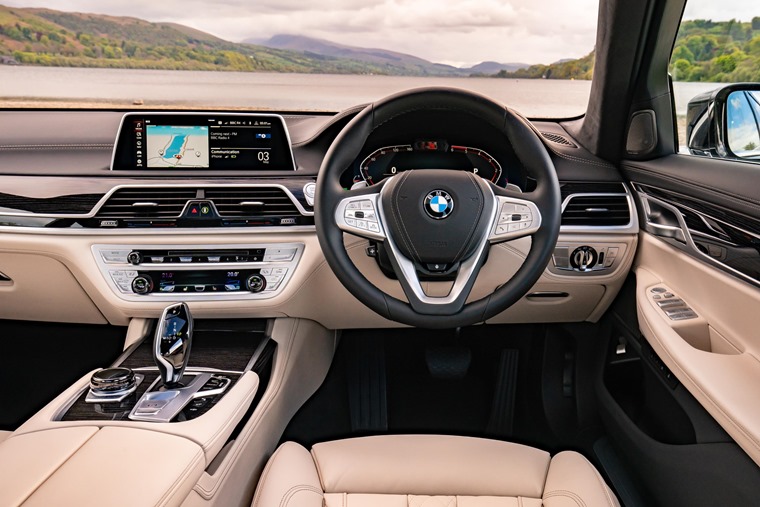 Inside, changes are less dramatic and things are relatively unchanged – on the surface at least. There’s now a 10.25in central touchscreen that features the latest version of BMW’s iDrive infotainment system, a leather steering wheel with controls for driver assistance systems, some additional wood trim options and a revised wireless charging set-up.

Spearheading the line-up of engines for the new BMW 7 Series is the 12-cylinder petrol engine. This 6.6-litre 585hp unit with a peak torque of 850Nm is used to power the BMW M760Li xDrive. Top speed is electronically limited to 155mph. The benchmark zero to 62mph sprint can be achieved in 3.8 seconds, combined fuel consumption is 20.8-21.6mpg* while CO2 emissions are at 282g/km*.

Engine-wise, the plug-in hybrid option is available in two variants: the BMW 745e and the BMW 745Le xDrive, the latter of which gets intelligent all-wheel drive. These feature a six-cylinder petrol unit rather than a four-cylinder.

The 745e has a maximum electric range of between 34-36 miles depending on driving conditions, while the 745Le xDrive aims to achieve an electrically powered range of 32-34 miles. Electronically limited to a top speed of 155mph, the 745e accelerates from 0-62mph in 5.2 seconds while the 745Le xDrive cuts that by a smidge to 5.1 seconds. 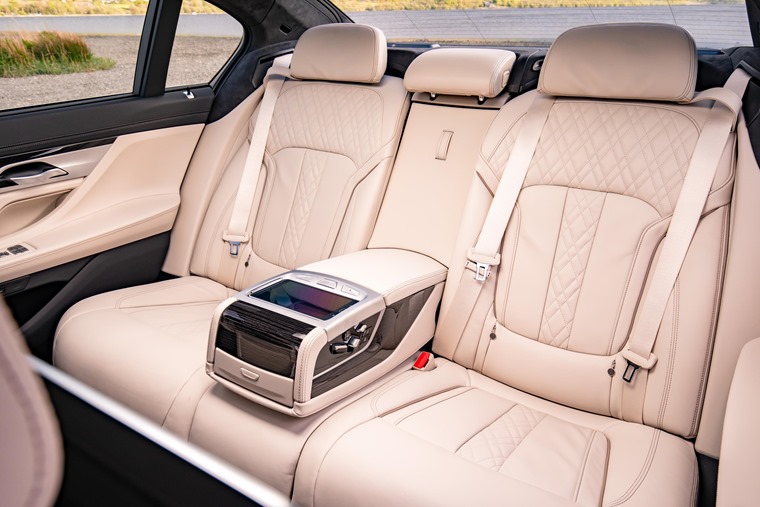 It is also possible to select Electric mode as the standard setting via the iDrive menu. This mode is ideal for urban areas, while a distinctive sound is used for acoustic pedestrian protection.

In Sport mode, the electric motor is used solely in support of the combustion engine and keeps the battery charge state at a level determined by the driver. So when driving on a motorway, the power reserves can be saved or even increased to be used later for local emissions-free driving. 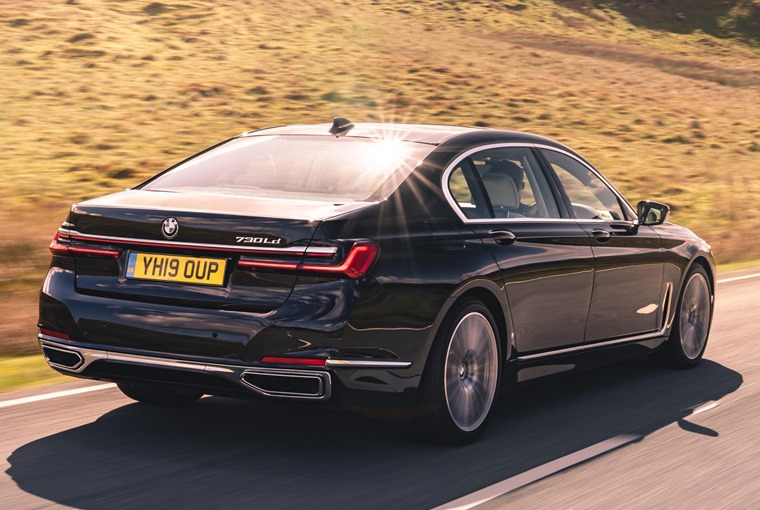 The new BMW 7 Series also offers a trio of 3.0-litre six-cylinder in-line diesel engines delivering 265hp with a peak torque of 620Nm. The new BMW 730d accelerates from zero to 62mph in 6.1 seconds, while the new BMW 730Ld takes 6.2 seconds. The BMW 730d xDrive completes the standard sprint in 5.8 seconds.

All models now feature adaptive suspension as standard, while BMW’s Steptronic eight-speed automatic gearbox has been updated, as has the reverse assist function.