BMW iX: Everything you need to know

Set to be available later in the year, here’s what you need to know about the car that BMW says is the dawn of a new era.

The iX’s radical design was directly inspired by the Vision iNext concept of 2018, and it’s certainly one of the more outlandish EV designs we’ve seen to date.

It’s around the same size of an X5, although that’s where the similarity ends. The car is defined by razor-sharp edges and its imposing front end. There’s a huge (non functional) BMW kidney grille and a pair of slim LED headlights. 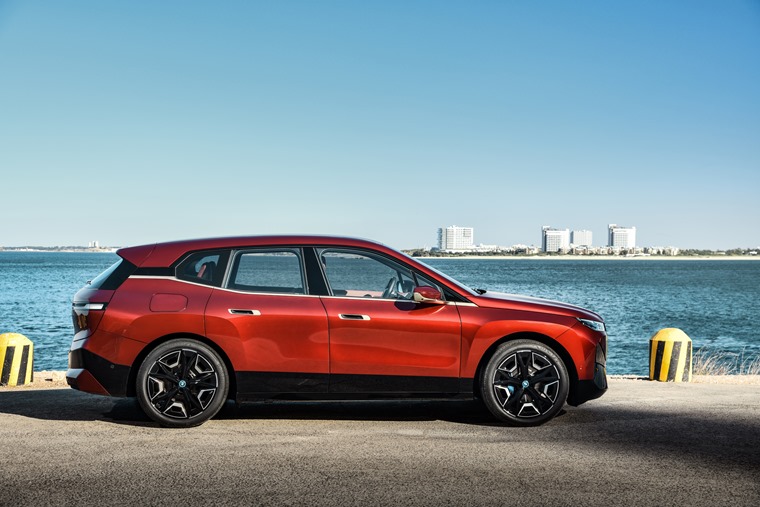 Down the side there’s a set of integral door handles (a first for a BMW), while at the rear the tail lights mirror the thin, razor-like headlights.

It's been given this radical look to make the iX as slippery as possible. Its sharp creases reduce drag and improve aerodynamics. This helps give the iX a longer range. 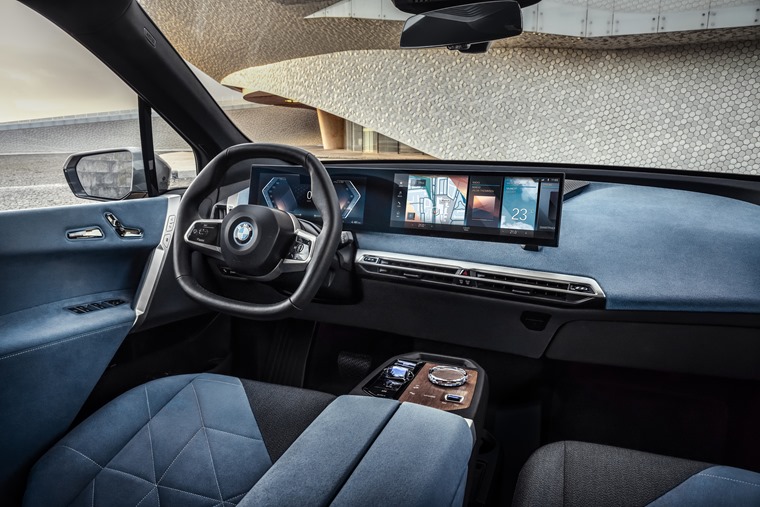 If anything, the inside the design is even more innovative and unique than the exterior. The driver is greeted by a number of huge, curved screens. The one in front of the driver is a huge 14.9in monitor, while the infotainment system in the centre features a 12.3in unit.

One notable breakaway from most BMWs,however, is the lack of buttons on the dashboard. You'll find a sleek-looking set of airv vents, but no masses of controls. 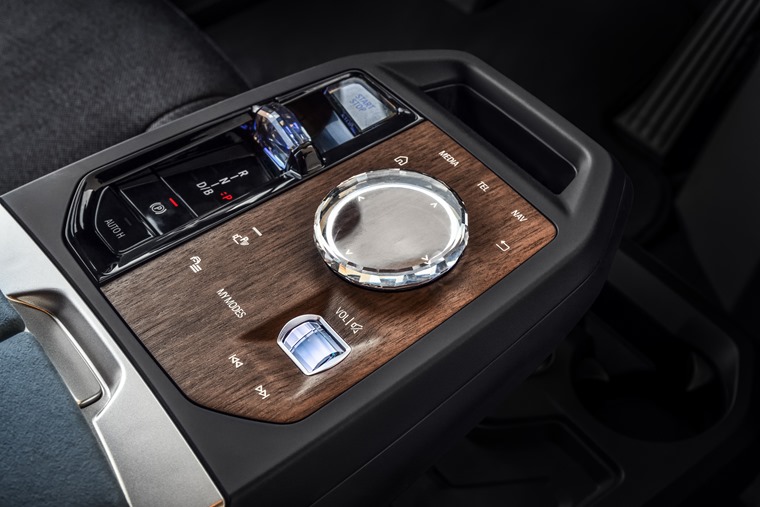 The iX benefits from BMW's latest iDrive infotainment system. You can control it via the touchscreen, or alternatively by the rotary dial found in the centre console (one control they have decided to keep).

It features BMW's personal assistant voice command system, which operates in a similar manner to Amazon's Alexa. It goes without saying that smartphone mirroring features, including Android Auto and Apple CarPlay compatibility. 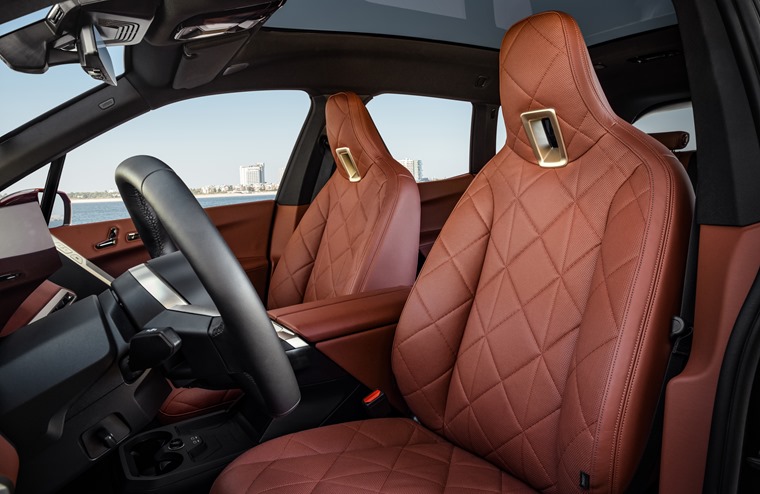 Featuring a super-clever onboard computer, the iX is one of the first cars to have a built-in 5G hotspot too.

This allows it to communicate with other equipped cars on the road; very useful for identifying upcoming traffic and other problems out on the road. 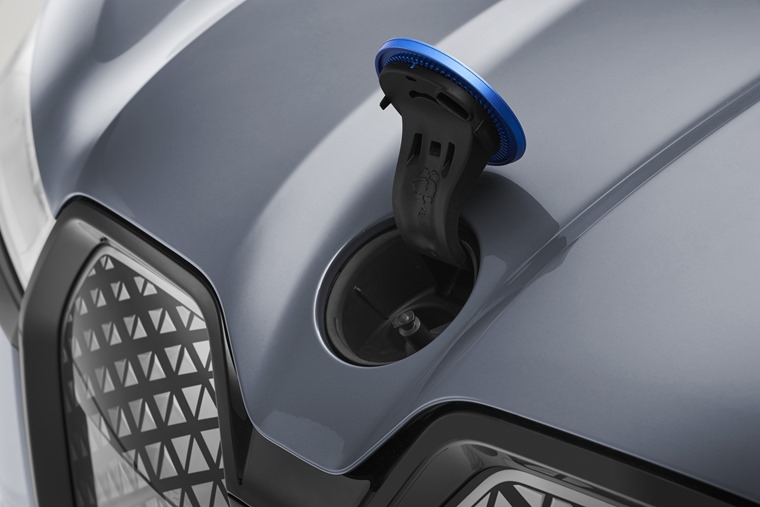 From launch, the iX will feature a range of battery and drivetrain options. The entry-level version will be the xDrive40. This gets a 70kWh battery, delivering 249 miles of range and providing 300hp for the electric motor.

The xDrive 50 is the next option, which features a 100kWh battery. This boosts range to more than 370 miles and ups the power to around 500hp. All models will be xDrive four-wheel-drive from launch,thanks to a dual-motor set-up. 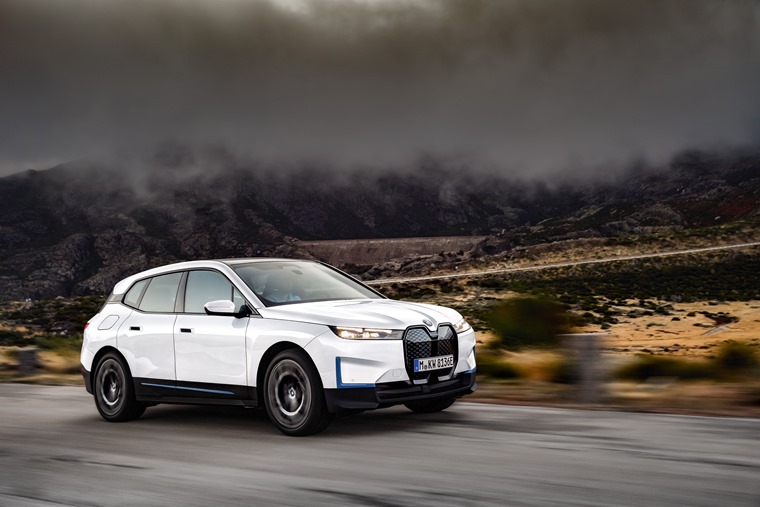 A seriously quick triple-motor model could be available after launch, with BMW already testing one of these carsup to 720hp - that'd make it by far the most potent all-electric SUV available.

BMW is keen to emphasise the fact that the iX's motors don't use any of the rare earth materials that some EVs do – further emphasising the iX as the eco car of choice in this class of SUV. 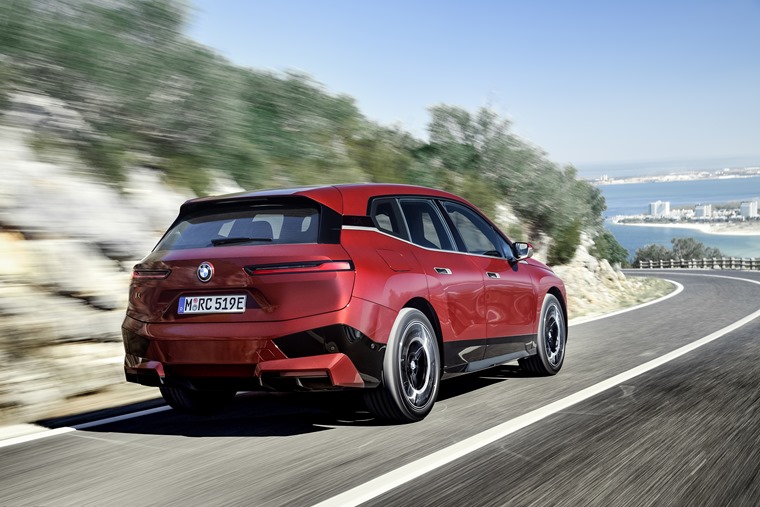 The iX is ready for series production and is due to arrive on the world’s roads from November 2021.

Set to cost from around £70,000, we'll bring you more details and leasing plans as soon as they become available.