Cute, crazy, compact: Why the best concepts always come out of Japan

Japan has built its brilliant engineering reputation on miniaturisation. Everything from watches to computers, toys to cars have been compressed into tiny packages.

This has forced the pace of development in many areas to the point where we now enjoy more computing power in our pockets than could ever have been imagined even at the turn of the Millennium. 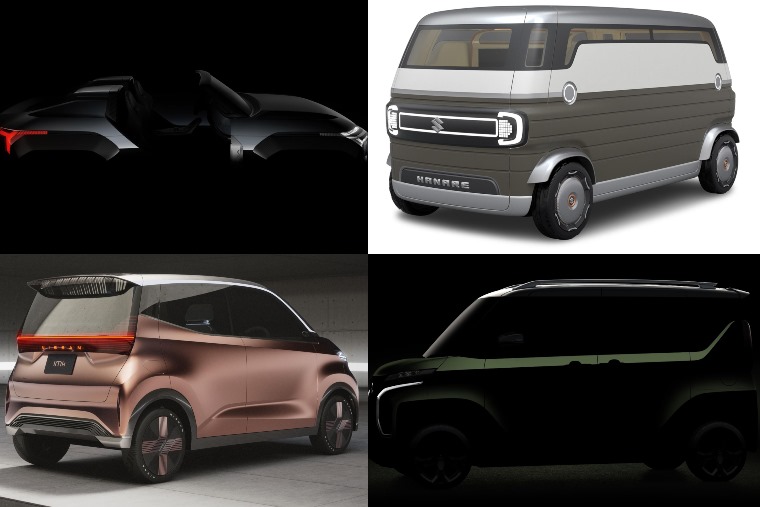 The same thinking has long applied to cars in Japan and not just for the countries unique Kei car class. These vehicles are subject to stringent size and engine capacity rules to make sure they don’t clutter up the streets of busy cities. There’s a whole art to the design of these cars that’s helped Japanese car makers come up with many of the best small cars the world has seen.

For instance, the Honda Jazz has an almost Tardis-like ability to be compact on the outside yet offer masses of room inside. This is a genius that looks set to make a comeback in the near future as there is evidence drivers are beginning to cool their love of SUVs and crossovers just a little. Look to the USA and the figures show total car sales are down for many makers and in Europe crossovers and SUVs are not being launched at the same ferocious rate they were a couple of years back. 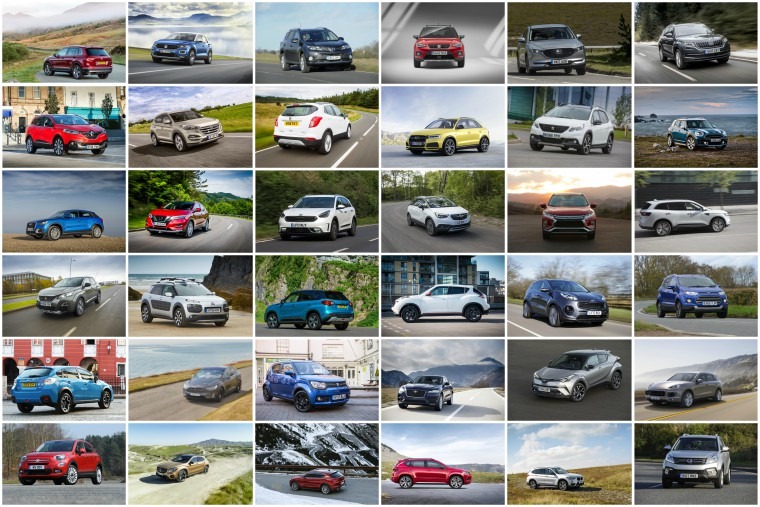 Have we reached peak SUV and crossover? Perhaps, but what is more interesting right now is how small has become beautiful once again. We can look for clear signs of this at next month’s Tokyo Motor Show. Yes, this is always a showcase for the oddball and weird concept cars of the country’s domestic car makers, but there is also a whole lot of clear indication the Japanese manufacturers are moving back to smaller, lighter cars to maximise efficiency as the world moves more and more towards those choices that cause less harm to the environment.

Take Suzuki, for instance. It has always used the Tokyo show as an opportunity to have some fun with its more out-there concept models. For 2019, though, the Waku Spo may have an unusual name but the thinking behind it is anything but strange. If most people drive in congested conditions, a hybrid makes sense to reduce emissions and offer zero tailpipe emissions in the densest traffic. Just as crucially, the Waku Spo is designed to be fun from the outside and the interior.

The exterior looks of the Waku Spo would certainly cheer up any high street with its retro style. On the inside, Suzuki says it’s possible to change the exterior looks by altering the ‘front mask’. The idea is the car can be adapted to meet each individual user’s idea of excitement and fun. 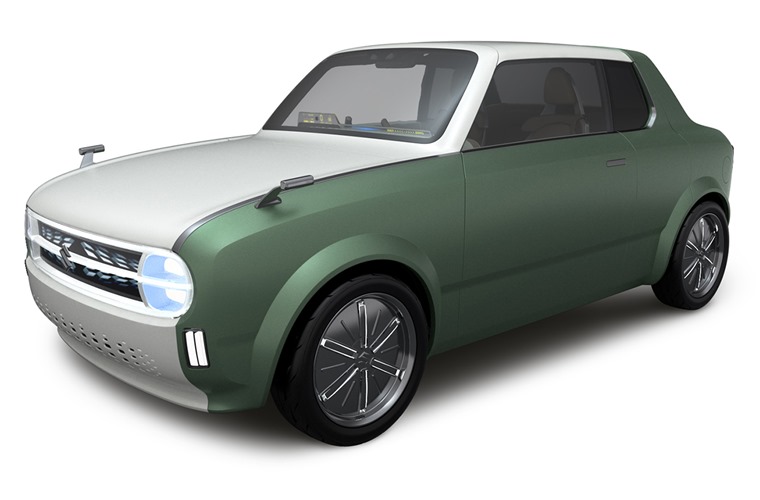 Suzuki isn’t done there, either, as it will also show off the Hanare that’s an autonomous driving mobile room. We may be some time off seeing this type of vehicle on our roads, but the thought process behind the Hanare clearly demonstrates Suzuki sees small as important. It has a cabin that’s described as being like a ‘cottage’, which comes with all of those connotations of snug and cosy compact spaces.

Others are in on this shift too, such as Mitsubishi with its small electric car that will be announced at the Tokyo show. Now, this will be an SUV, which is no great surprise given Mitsubishi’s expertise in this field, but it’s important to note the car is being billed as small first and SUV second. It is also described as having a ‘downsized, lower weight Plug-In Hybrid EV drivetrain’. 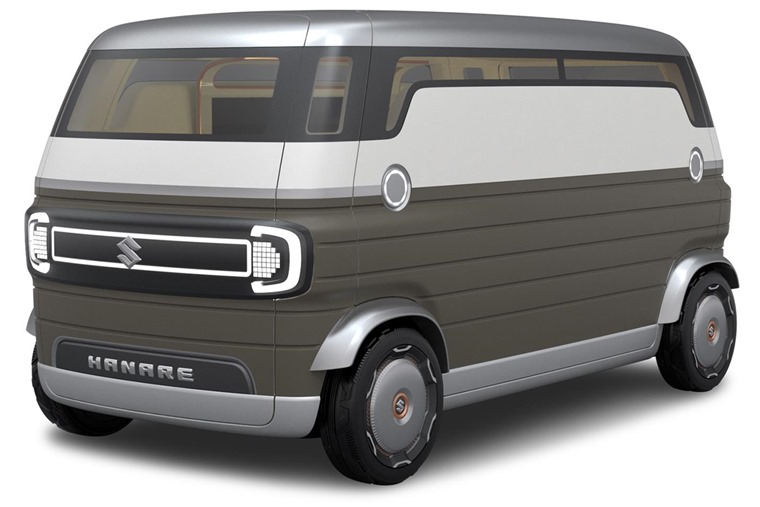 Nissan is another tuning in to the mood for smaller vehicles with its IMK concept. Nowadays, you’d be hard-pressed to find a show car that isn’t billed as a zero-emission model, but what the IMK provides that’s different and gives a clear pointer to the future is Nissan describing it as an ‘urban-oriented’ car with ‘minimalistic aesthetic’. Just as vitally, the company is clear in its statement that its IMK concept hints at the future design direction for Nissan.

Of course, a few concept cars displayed at a motor show on the other side of the world don’t have an immediate relevance to those leasing a car in the UK. Yet, don’t discount the effect these show ideas can and will have. Remember, most people thought Nissan was a bit out-there when it showed off the Qashqai in its early guises but it’s gone on to spawn an entire segment of the car market.

Take a good look at the Waku Spo, Hanare, Mitsubishi EV SUV and Nissan IMK. These cars point to a not too distant future where many of us will be driving more compact cars rather than the beefed-up models so many of us choose because of style and marketing influences. Choosing a smaller car will soon be a statement about your environmental credential as less mass makes cars more efficient and easier on energy use. 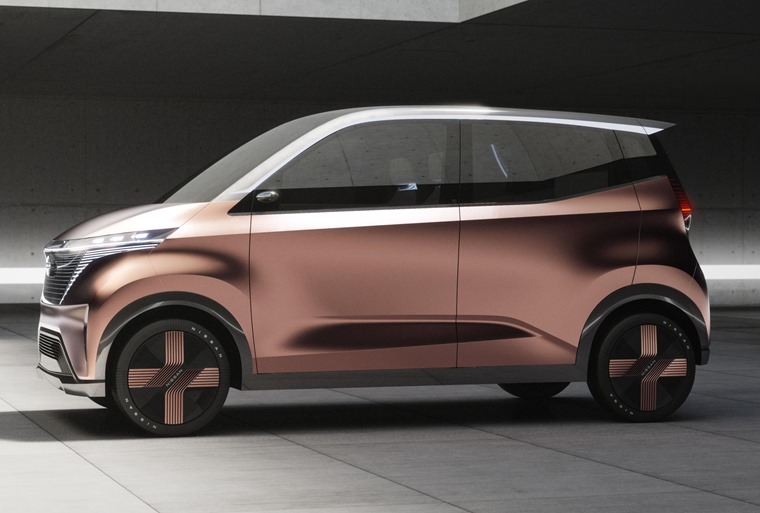 In the same way many drivers clamoured to get into an SUV and then a crossover to be on-trend, you can take it from us that if you want to be a trendsetter rather than a dedicated follower of fashion, you should be looking at choosing a small car sooner rather than later.

There are already plenty of small cars with bags of character and appeal out there and, from what will be on show in Tokyo soon, there’s a lot more to come. This is good news for all of us as small cars come with many advantages, not leas they tend to be more fun to drive in normal conditions and are easier on the wallet just by their nature of being more compact.

Make no mistake, less is more, so start thinking small if you want to be part of the next big thing.