I'm a big advocate of leasing. After all, I've worked for Leasing.com for more than six years. It's often the most affordable way of getting into a new car. In 2019, I snapped up a bargain Peugeot 508 GT line on a personal lease.

I love it; it's incredible how many comments I get about it ... for a Peugeot. Yes, lots of people always add that caveat. If this fastback rolled out of a German factory bearing an Audi, BMW or Mercedes-Benz badge, I'm sure there would be people queuing up for miles to drive one.

I was already a bit under the mileage when the pandemic hit, and everyone at Leasing.com has been working from home since April 2020, so my commute is currently non-existent. But I still need my car. Last summer, we went on holiday to North Wales in it and we plan to again this year, when allowed. It has got a massive boot, which helps with family-related tasks, and cool Knight Rider-like rear lights, which just look cool. I have a wife and two kids and we go to countless parks meeting friends in a socially distanced manner, when allowed. I can't live without it. But I'm doing far fewer miles than expected.

So, I did what a lot of people don't do, or knew they could do. In August last year, I contacted my funder (PSA Finance) to change my contract to reflect this. I was just over a year into a two-year deal and had done fewer than 5,000 miles. I requested to change it to 5,000 miles a year. That's 10,000 over the two years.

They reduced my payments to a head-spinningly low £148.73 a month. Bargain.

It took a week or so for them to respond. But when they did I had a massive grin on my face. They reduced my payments to a head-spinningly low £148.73 a month. At the time, the car was around £400 a month on a PCP, with an £8k deposit. So an already bargain lease deal had turned into a finance miracle as far as I'm concerned. 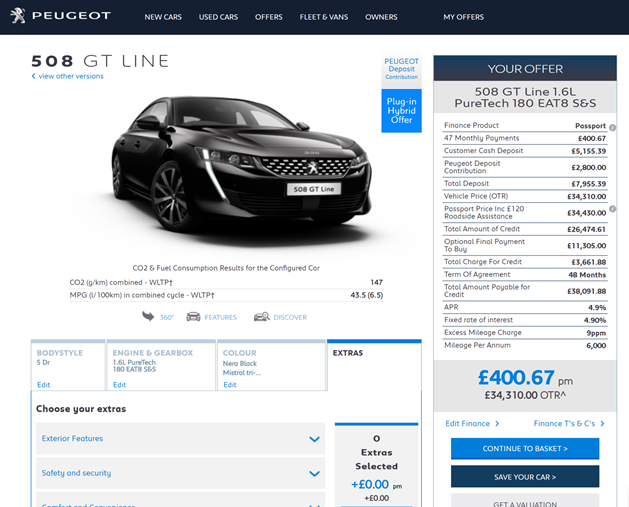 I’ve been paying that reduced rate for months now, and it’s been a massive help. Now it's worth clarifying that any changes to your contract are at the discretion of the finance company. I didn't get this change simply because I work for Leasing.com. I'm no social media influencer. But if you're seriously under your mileage, then it's definitely worth getting in touch.

Spread the word. Every little helps.