Cupra Leon: Hot hatch will offer up to 305hp and be available as plug-in hybrid

Cupra has revealed the inaugural Cupra Leon. Presented in both hatchback and Sportstourer estate versions, a range of powerful engines, from 241hp to 305hp, will be available and it will also mark the first time the performance model will offer a plug-in hybrid option. 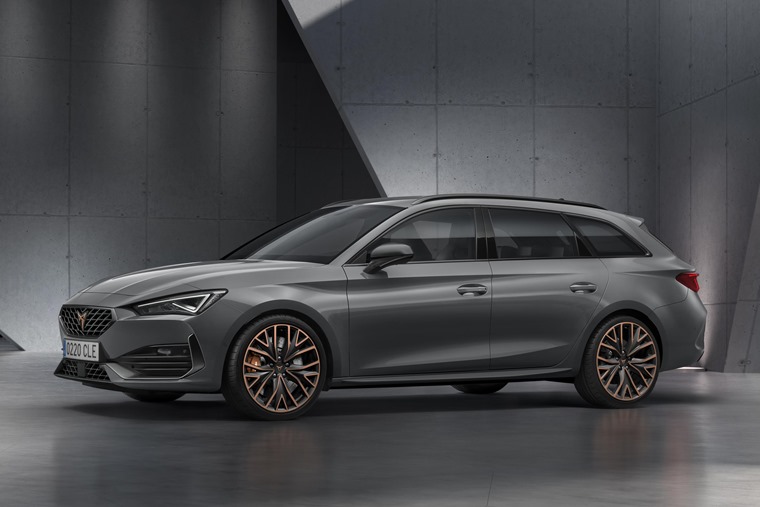 Having been the Seat Leon Cupra in previous generations, this will be the first performance Leon since Cupra become a sub-brand for the Spanish manufacturer. At the top of the range it will hit 0-62 in under five seconds to an electronically-limited top speed of 155mph.

Aiming to further strengthen the Cupra brand after the success of the Ateca and with the Formentor hybrid near release, the Leon will offer all the hallmarks drivers have come to expect from the Cupra designation: an outstanding driving experience thanks to its highly advanced range of powertrains, its dynamic chassis technologies, and its elegant mix of sportiness and design.

And here are the cars. pic.twitter.com/SAXDomsrUZ

Building on the exterior of the all-new Seat Leon, it adds striking design cues that distinguish it as a high-performance car. These include the Cupra logo on the front grille as well as a large front splitter and larger air intakes to highlight its more assertive look.

Side skirts add dynamism and visually lower the vehicle, while the coast-to-coast lights deliver a visual focus at the rear. Its four exhausts (two dual), diffuser and spoiler further add a sporting allure to the vehicle’s aesthetic.

The chassis has also been modified to provide a more sporting setup to the regular Leon, with the ride height lowered by 25mm at the front and 20mm to the rear. An adaptive damping system is also able to adjust the rate of response based on driving modes too. 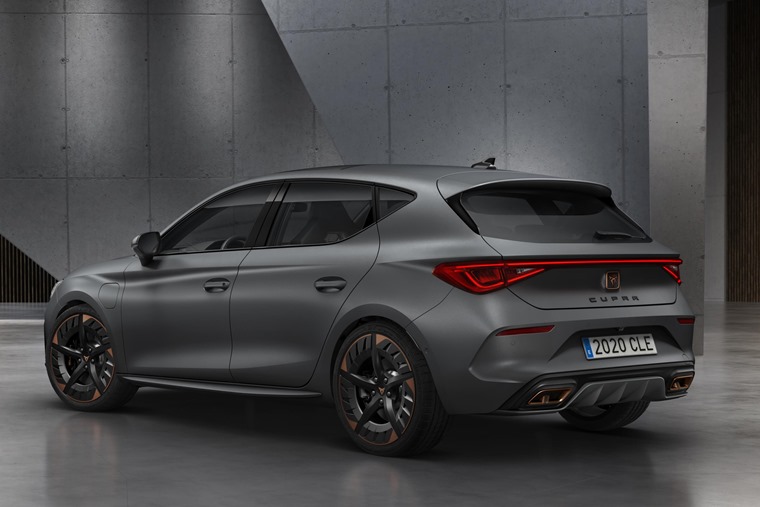 The Cupra Leon offers a range of performance-orientated petrol engines, with the big talking point being the fact a high performance PHEV will be offered for the first time.

The eHybrid mates a 1.4-litre TSI petrol engine to an electric motor and 13kWh battery to give 241hp. A 37-mile electric only range is achievable, taking 3.5 hours to recharge using a 3.6kW AC Wall box (or six hours from a domestic socket).

The new Cupra Leon is also available with a selection of turbocharged, direct-injection petrol units, with the 2.0-litre turbo offered with 241hp and 370Nm, or 295hp and 400Nm of torque. Both versions are front-wheel drive, available in both five-door and estate body styles, and integrate an electronic limited slip differential to ensure smooth effortless distribution of power. 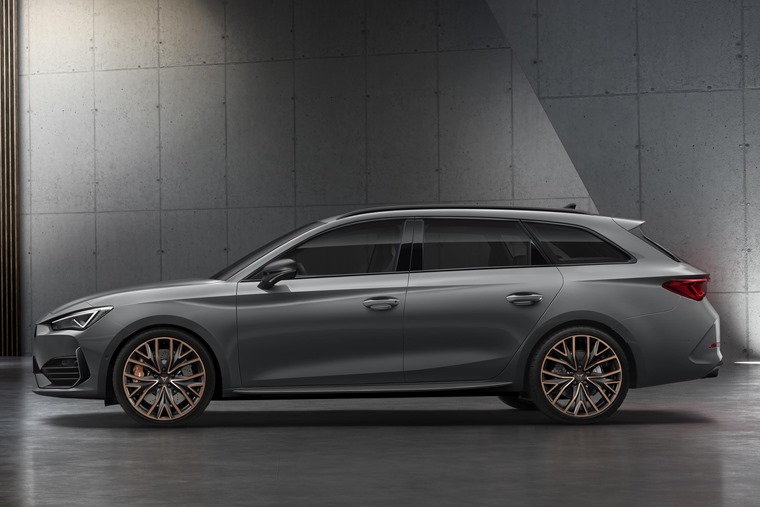 The most powerful engine in the line-up is reserved for the Sportstourer estate. Offering 305hp and 400Nm of torque, the 2.0-litre TSI turbocharged petrol engine also exclusively offers four-wheel drive to deliver power to the wheels and grip at the precise time it needs it. This helps the Cupra Leon Sportstourer hit 0-62 in 4.8 seconds up to a top speed of 155mph.

All engine variants are mated to a DSG dual-clutch transmission which ensures a sharp, crisp and smooth gear change. 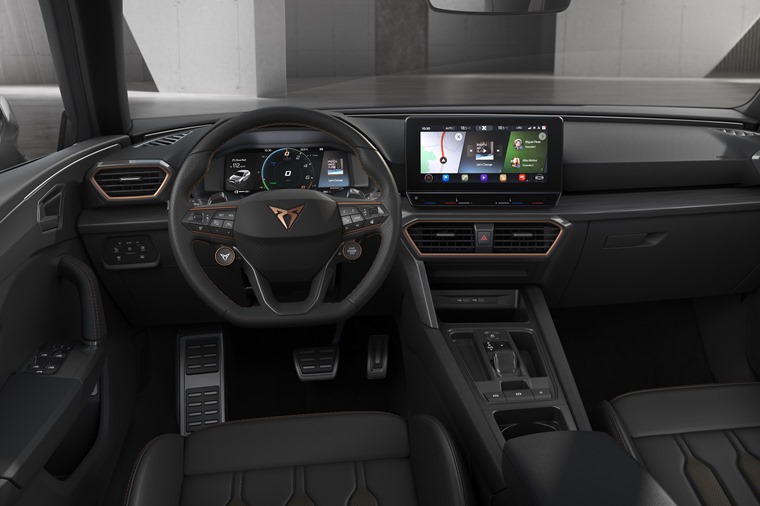 While Cupra is synonymous with performance, the new Leon also incorporates a suite of safety and convenience technologies too. Predictive Active Cruise Control uses a mix of GPS data and input from a front-mounted camera to adjust to changing speed limits and road layouts, while blind spot detection, traffic jam assist and a semi-autonomous lane keeping system also feature.

Based on the recently revealed fourth-gen Leon, the model has been a cornerstone of the Seat range since 1999 and in 2019 was one of Leasing.com’s most popular cars of the year.

“The Leon Cupra has been a bestseller, with close to 44,000 units sold of the last generation”, said Wayne Griffiths, Cupra CEO. “With the launch […] we will strengthen the Cupra brand by giving a new identity to a very emblematic car.”