Back to the future: DeLorean set to make stunning return with Taycan rival

Say hello to the stunning new DeLorean Alpha5 – an all-new EV that’s been previewed ahead of a full reveal later this year.

Yes, you really did read that right: DeLorean Motor Company (DMC) is back, and as time-travelling returns go, it’s quite a good one. 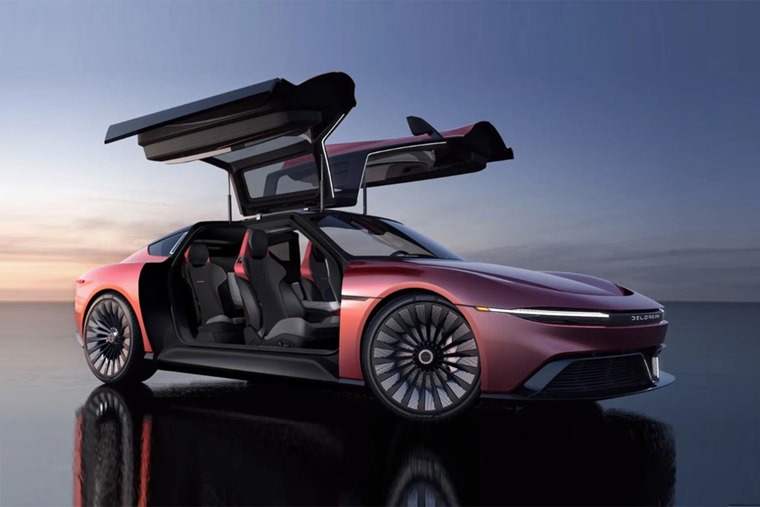 The stunning model is called the Aplha5, and takes the form of an all-electric coupe that features the iconic gullwing doors of the original model.

Styled in partnership with Ital design, up front the brand’s insignia is flanked by a pair of slim headlights that curve their way around the front of the car.

Step around the side and you’ll spot those huge gullwing doors, and a silhouette that tapers neatly down to the rear in the truest supercar tradition. 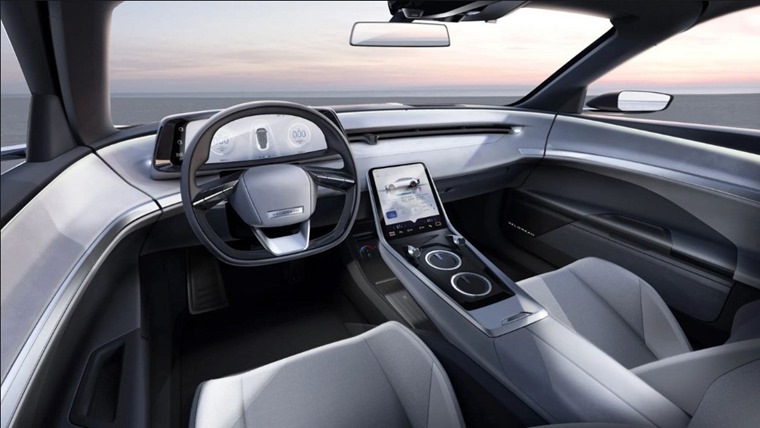 Round the back, there’s louvres (another nod to the original car of the 80s), while an active spoiler is joined by a stunning full-width lighting bar that incorporates the name.

On the inside, the driver gets a large digital display, while a minimalist cockpit is made up of a floating central infotainment unit that incorporates a number of other controls on its centre console. 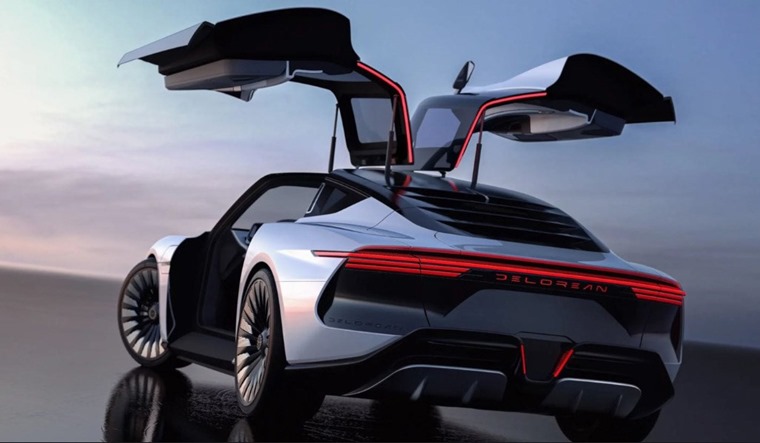 Technical details are still very much to be confirmed, although we know it’ll feature a potent battery pack (around 100kW according to sources). This should allow a 0-60 time of around 3 seconds and range of up to 300 miles.

There’s no news on top speed yet, but it’ll likely be higher than the magical 88mph Marty McFly needed to go time travelling in Back to the Future.

We’ll bring you more details and specs as soon as they’re available. The car will purportedly go on sale in 2024 – is it the perfect alternative to the Porsche Taycan?