Demand for SUVs is growing, but at what cost to the planet?

SUV-type vehicles now account for 40% of global car sales. That represents a doubling of SUVs sold per annum compared to 2010 and it’s claimed this is why vehicle emissions have not dropped in total despite an increase in the sale of electric and alternatively-fuelled vehicles.

Figures from the International Energy Agency show that SUV numbers have grown from around 35 million globally to 200 million today. All of this amidst a backdrop of falling sales of cars with internal combustion engines and a rise in vehicles with electric power of some description. 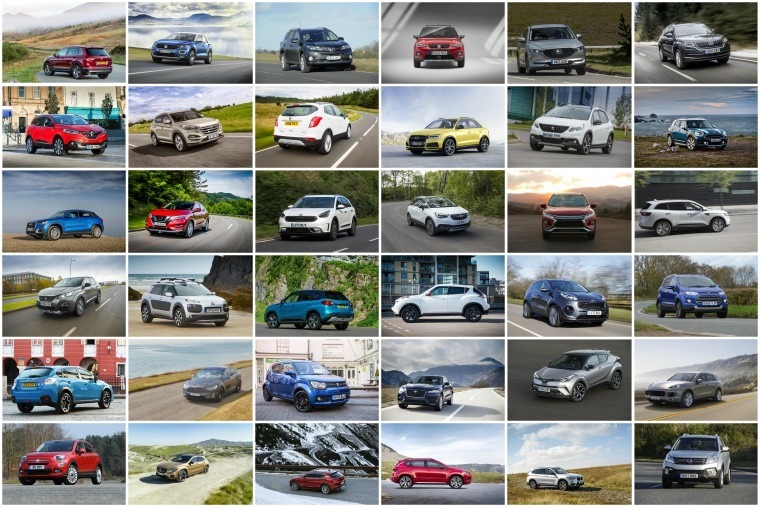 In the UK, electric car sales are up by 151% in October 2019 compared to the same month the previous year. Add in hybrids and alternative fuel vehicles have notched up 183,520 sales to the end of October in 2019, an increase of 9.2% over 2018. However, that still means these cars account for only 9.2% of total cars sales this year.

Many will cheer that diesel sales are down significantly yet again, dropping to 515,054 so far in 2019 and down 21.1% when comparing figures with 2018. Petrol sales are slightly up by 2.2% this year compared to last year. 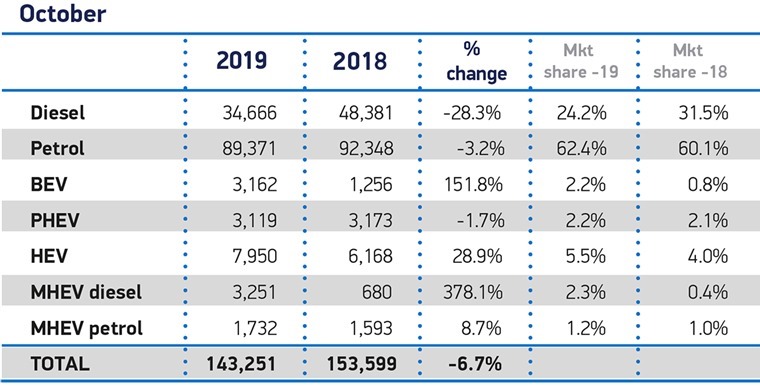 Even so, fossil-fuelled vehicles are expected to still be the major force in global car sales for at least the next two decades and several experts reckon it will be 2060 before we see any real drop-off in petrol and diesel vehicles. Given there were 87 million vehicles sold with internal combustion engines in 2018, the sheer scale of the numbers show these engines are not going away any time soon.

The link between the internal combustion engine and SUVs is one many are quick to make. There have been press reports recently saying that drivers are abandoning more efficient small cars in favour of SUVs and cancelling out any pollution reduction brought on by greater electric vehicle sales in the UK.

Yet, this is not a problem confined to the UK or any arbitrary borders. Pollution is a global issue, albeit one that can be tackled to some extent by individuals and the choices they make. Hence many people opting for an electric car in the UK and across Europe to reduce tailpipe emissions. The fact these cars merely shift pollution to elsewhere and create their own type via battery production seems an inconvenient truth, something that’s easier to brush under the carpet when charging up your car.

Others have claimed the rise in consumer preference for SUVs makes it more difficult for electric vehicles to gain a foothold in the market because SUVs are trickier to produce as EVs. This is patent nonsense as SUVs offer car makers a golden opportunity with EV design thanks to their larger platforms and space. It is much harder to make a small EV as you still have to package an electric motor and battery pack of sufficient size into a much more compact space.

The demand for SUVs is largely driven by fashion. In Europe, drivers have come to love the raised driving position and space of the SUV, even if a hatch or estate would be equally accommodating and practical. In the USA, SUVs have long held sway and many have reached gargantuan proportions and need equally large engines to propel them. This is a deep-seated choice of many US drivers and one that will be hard to shift given the current administration has pulled out of the Paris Agreement on climate change.

We also have to look at developing countries such as China and India where many in their huge populations are able to afford a car and choose along the same fashion-led lines as drivers elsewhere in the world.

Car makers are castigated for making more and more SUVs and we’ve seen the likes of Alfa Romeo give up on sports cars in favour of SUV models. A look at the UK’s top 10 best sellers of 2019 shows three SUVs among the top of the pops. However, let’s not get too overwrought by this as the three cars in question are the Nissan Qashqai, Ford Kuga and Kia Sportage that are hardly the biggest or least efficient SUVs.

We also need to bear in mind the top five best-selling cars in the UK in 2019 are all superminis or small hatches, led by the evergreen Ford Fiesta. This shows there remains a significant demand for compact cars from both private and business users.

Those top five, plus the Mini and Volkswagen Polo that occupy the remaining top 10 slots, show we are not slavishly devoted to SUVs. Yet why shouldn’t we drive an SUV if we want to? They are, after all, very practical and car makers find it easier to incorporate all of the required safety kit into these larger designs than with smaller cars. That’s a good thing, surely?

The counter argument is SUVs are heavier, less aerodynamic and many haul around four-wheel drive systems that are never needed or used. All of this true, which again begs the question why more people don’t choose an estate if they need the space or a smaller hatch as a practical, economical means of transport.

This last phrase ‘means of transport’ is the key to demand for SUVs in the Western world and beyond. If all we required was a vehicle to get from A to B in the most efficient manner possible, we’d used our own two flat feet or a bicycle for short hops and trains for long journeys. For more convoluted trips, a small, light car would do the job admirably.

However, we don’t want a mere means of transport, we want something with a bit of style, comfort, performance, luxury, safety, space, equipment and individuality. It’s human nature and that is just as powerful a force as Mother Nature herself.

Make small, clean cars the most sexy, desirable thing on four wheels and car makers will be onto a winner while reducing emissions and pollution. We’ve seen recent moves in this direction at the Tokyo Motor Show, but it will be a long journey to achieve this. There will always be those who want an SUV for style reasons and even those who need an all-wheel drive, go-anywhere vehicle for genuine functional reasons.

There is some evidence this is beginning to happen as car makers launch new vehicles as crossovers rather than SUVs. More and more in this sector are being designed with lower roof lines, improved aerodynamics and greater efficiency in mind. It’s almost as if they’re trying to create a small hatch out of an SUV to complete the automotive circle.