Exceeds expectations. The Kia XCeed is a wonderfully positive package, allowing you to take 90% of what makes an SUV desirable, yet still have a normal car that is cheap to run, affordable to lease, and practical for a family.

You might not think so when looking at it, but the new Kia XCeed is much more than just the regular hatchback jacked up a bit, with some extra black cladding bolted on to make it look tough. Kia’s done such a thorough job of making the XCeed a unique model in the range that only the front doors are shared between this and the ‘normal’ Ceed. It’s also longer and taller and carries a unique treatment to the lights and grille to make it stand out from other Kia models.

It’s higher off the ground too, thanks to longer suspension that lends it a tougher off-road stance. Despite that it’s not really destined to venture too far off the beaten path, as there’s no four-wheel-drive option and no tricky stability control systems to compensate for mud, gravel or whatever. Happily, while that extra ground clearance will make bumping up a kerb easier, it also provides improved ride quality as the springs can absorb more of the imperfect surface beneath them. 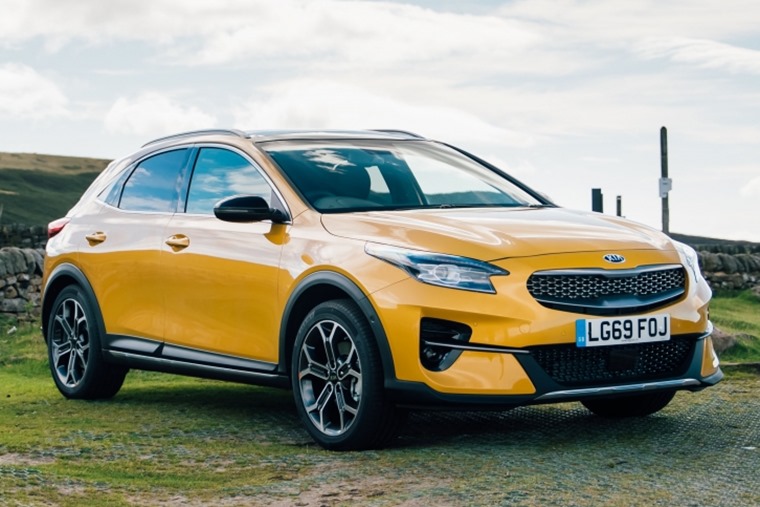 The downside there would normally be excess body roll in corners, but Kia has countered this with a sophisticated suspension setup that even includes expensive hydraulic bump stops at the front. These allow for a more accommodating setup without adversely affecting the handling.

The seven-speed automatic is the one to go for [...] it’s smoother, nicely masks a dead spot of power at low revs, and slightly improves economy and emissions.

Still, it’s not a car for tackling cross-country runs like you’re Colin McRae, or Sébastien Loeb if you’re under 30. It’s capable enough and will flow through corners quite effortlessly, but there’s no feedback from the lifeless power steering and little feel through the chassis. That’s not to say it isn’t capable, as the car is actually beautifully balanced, but there’s a level of isolation from what’s happening that will put off all but the most enthusiastic. 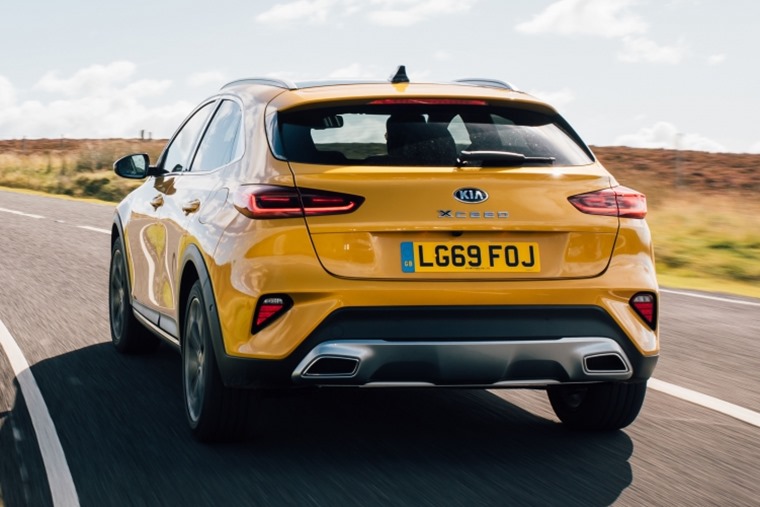 There’s been an influx of new technology chief amongst them is the new 10.25-inch touchscreen

The most popular engine choice, the 1.0-litre petrol, will put off any remaining thoughts of having fun. That tiny three-cylinder engine is perfectly fine and will allow you to pootle around all day without causing any issues on the road, but there’s just not enough power to do more than that. The 1.4-litre option tested here provides a little more power, at 140hp, but that’s still no ball of fire. The essential 0-62mph dash takes 9.4 seconds which is fine.

Both engines are quiet and refined when moving though, surprisingly so, and the six-speed manual gearbox is smooth enough, if not entirely precise. The seven-speed automatic is the one to go for though, as it’s smoother, nicely masks a dead spot of power at low revs, and slightly improves economy and emissions. 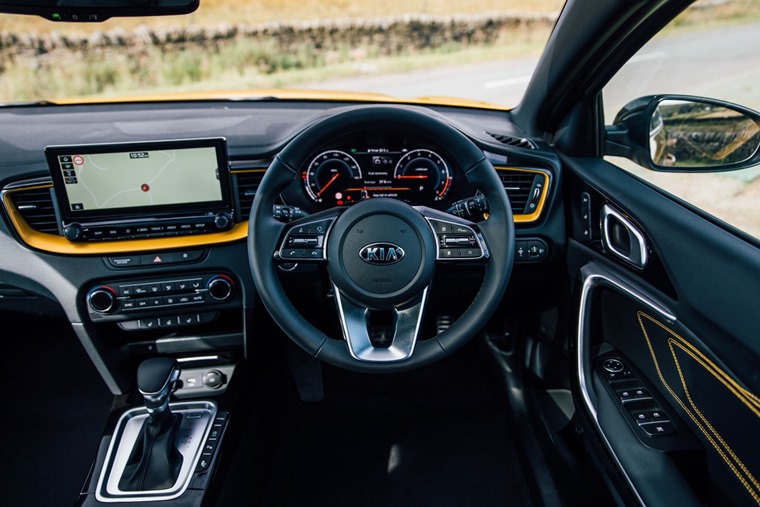 Updates have also been made to the interior, where there’s been an influx of new technology. Chief amongst them is the new 10.25-inch touchscreen that sits atop the dark plastics and sensible if unexciting dashboard. The screen houses the infotainment centre that’s now amongst the best in the business, allowing for a customisable display that lines up to three information panels alongside each other.

[The XCeed] continues the trend of being thoroughly and sensibly practical.

On this top-spec First Editon model, traditional instruments have been replaced by a 12.3-inch digital screen. It’s not quite as slick as the infotainment system and doesn’t really add anything significant in terms of functionality, but it does create a suitably premium ambience. 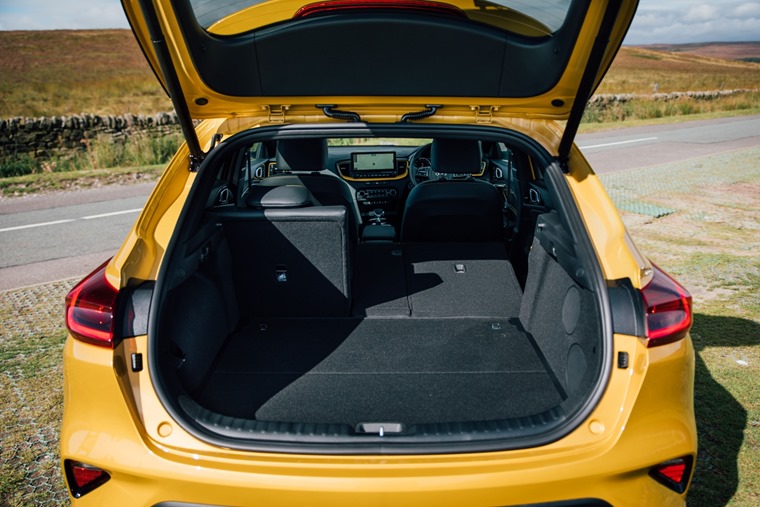 It all comes together to create a wonderfully positive package, despite a few rather minor flaws.

Elsewhere in the cabin, there’s an array of equipment, from a DAB radio and navigation to climate control and a long list of safety equipment being fitted as standard. Kia has frequently specified its cars well, and that trend continues here.

It also continues the trend of being thoroughly and sensibly practical. The XCeed has a wheelbase that’s exactly the same as the Ceed hatchback, so the interior room remains the same - it’s already amongst the most spacious in its class - but extra bodywork both fore and aft of the cabin means there’s a little more storage space. The boot measure in at 426 litres, up from 390 in the Ceed. 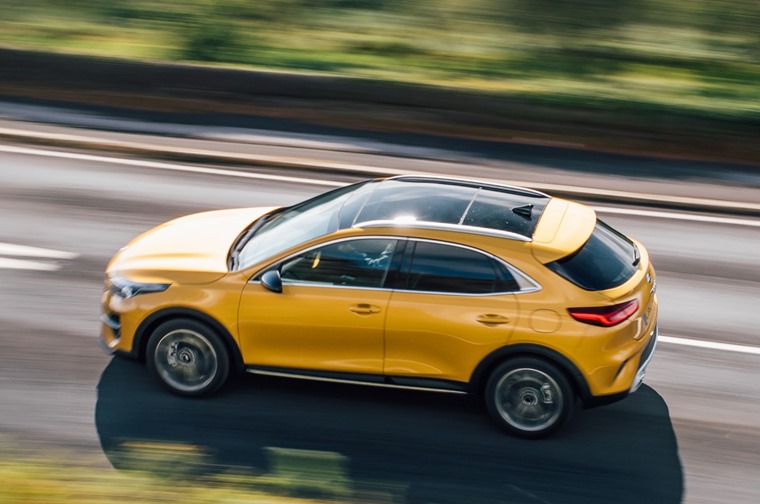 It all comes together to create a wonderfully positive package, despite a few rather minor flaws. The trend for SUVs brings with it some significant disadvantages - reduced fuel economy, diminished handling qualities, pro ride, terrible pedestrian safety, and so on - but the Kia XCeed allows you to take 90% of what makes an SUV an SUV, yet still have a normal car that is cheap to run, affordable to lease, and practical for a family. Add in a seven-year warranty, and the included seven-year subscription to the infotainment system’s connected services and it’ll be hassle-free to run, too.