Frugal, spacious, well equipped, good value and quite stylish - the Captur ticks all the right boxes, but is that enough in an overcrowded segment? 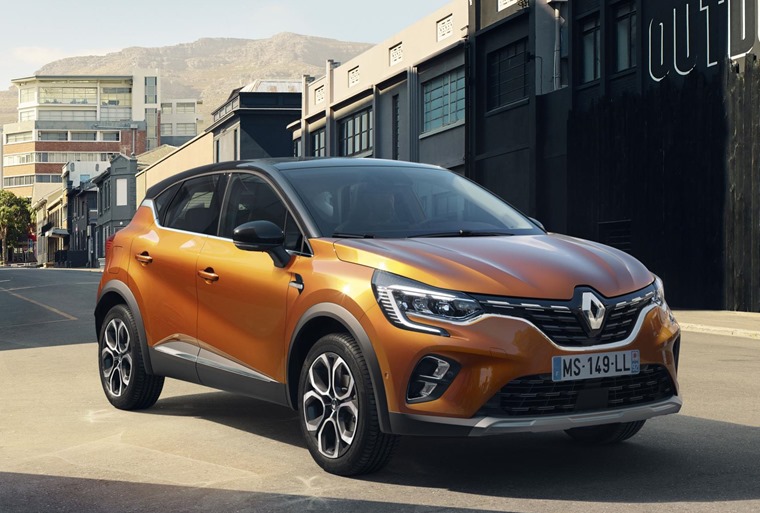 It’s a Tuesday, so it must be time for another new small SUV to launch. Looking at the list, it appears to be Renault’s turn, so here’s the new Captur.

At first glance, ‘new’ might be a stretch, but this really is a fresh design from the ground up. It was helpful that Renault parked the old model alongside this new one to highlight the differences at the launch, but for those that don’t have that benefit there’s a new face that includes sabre-teeth-like LED daytime running lights, an even bigger Renault badge, and bulges over the bonnet that make it look tougher. 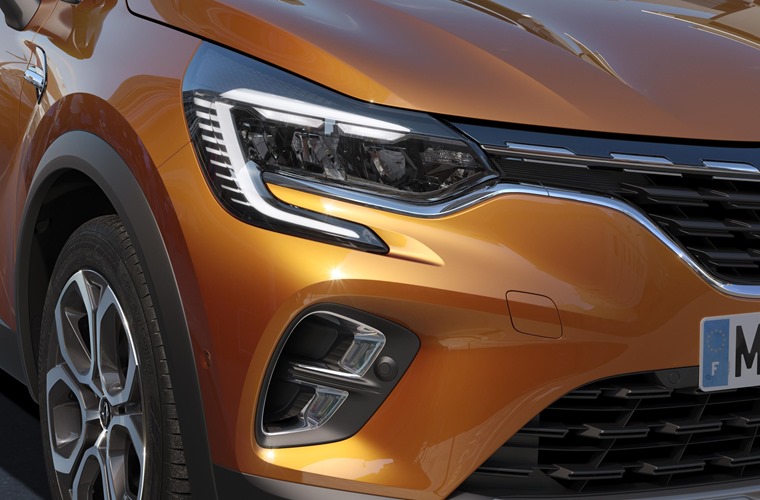 It’s much the same at the rear, with new width-accentuating lights running across the boot lid, sitting above a new silver undertray. It’s definitely a case of evolution rather than revolution, but that’s understandable considering the Captur continues to gain popularity – it’s sold more each and every year it’s been on sale, so is something a money-spinner for the French firm.

[The infotainment is] easier to operate than Nissan’s similar system in the Juke, and there’s both Apple CarPlay and Android Auto in place.

There’s something of a revolution inside though, with a suitably modern cabin that appears to be a premium product. It’s certainly night and day between this and the previous generation.

Everything is dominated by a large 9.3-inch infotainment touchscreen that stands proud from the top of the dashboard, although it does look a little like an afterthought. 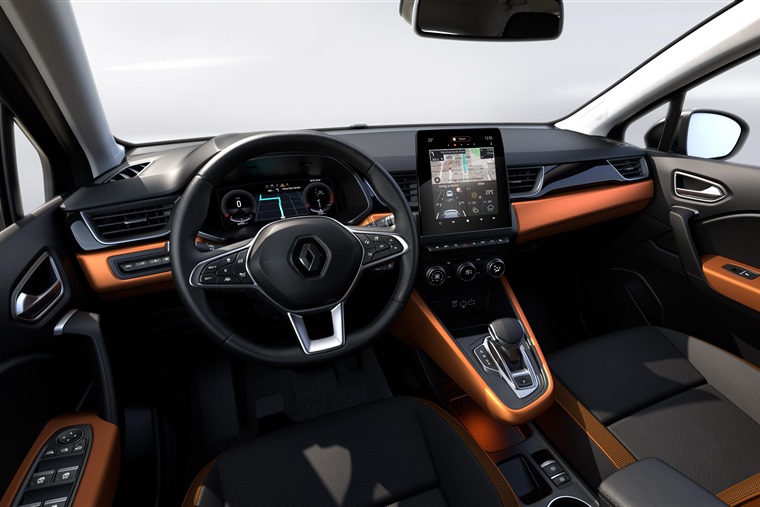 The software on the system is fine, and easier to operate than Nissan’s similar system in the Juke, and there’s both Apple CarPlay and Android Auto in place for smartphone mirroring – a feature that’s standard across the entire range. However, while it sits well on the large screen, lesser models in the range will have to make do with a seven-inch screen in the traditional landscape form.

Even at the entry-level with its hard plastics, it’s still a pleasant cabin.

Underneath that sits a floating centre console that holds the gear lever, whether that’s an automatic or manual, freeing up some extra storage space underneath. You’ll also find a wireless charging pad there, allowing you to top up most modern smartphones, but you’ll still need to plug a USB cable in to use the screen mirroring software. 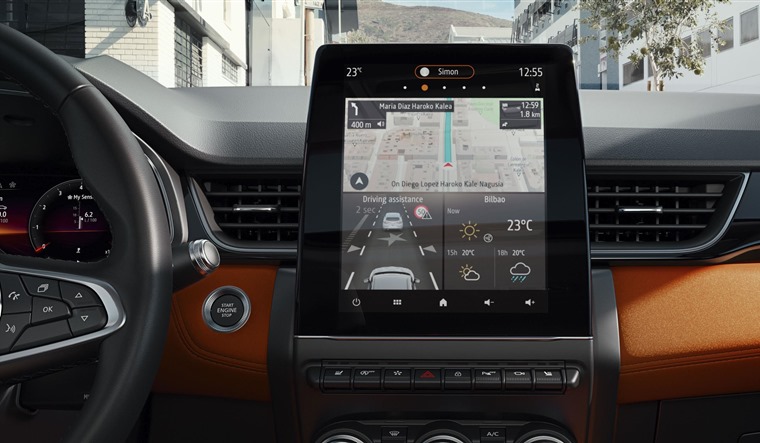 Frustratingly, there’s a really impressive glove box. Yes, of all the things to get excited about, the glovebox is right up there. It’ a large drawer that slides out, providing far more storage space that’s more useful than you’d expect, so why is it frustrating? Once Renault swaps the steering wheel to the right-hand side, this will disappear and be replaced by a small, ordinary glovebox.

Press on and, while it’s not quite entertaining to drive, there’s a degree of involvement that you wouldn’t expect from a small SUV.

Despite that it all looks delightful, wrapped up in premium-feeling soft-touch materials with colours that complement each other well. You could even be bold and specify a vibrant orange trim to really brighten things up, but only if you splash out on the top-of-the-range S- Edition model. Move down the range and you gradually lose some of the nicer touches, but even at the entry-level with its hard plastics, it’s still a pleasant cabin. 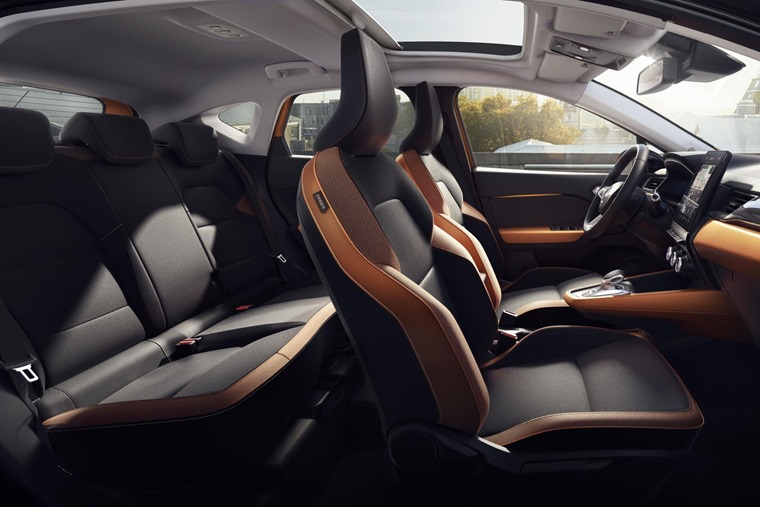 The 44.8mpg promised by the bigger engined model should be easily beaten by the smaller unit, so it’s pleasingly frugal.

There’s loads of space in there, too. Renault claims it’s the biggest in the class, and I can’t really argue with that - space up front is fine, and the rear seats will take a couple of adults without an issue. The boot is surprisingly large, and the rear seats slide back and forth to allow you to choose between legroom or boot space. Equipment levels are good too, even at the bottom end of the range. What isn’t quite so pleasant are the wobbles and creaks from around the interior.

There are fewer wobbles in the way the Captur drives. In fact, it’s actually pretty good. The chassis is entirely new (and shared with the Renault Clio and Nissan Juke) and leaves the car feeling impressively stable and secure. The suspension, while stiff enough to prevent significant body roll, is compliant enough to smooth most road surfaces competently. Press on and, while it’s not quite entertaining to drive, there’s a degree of involvement that you wouldn’t expect from a small SUV.

Most buyers will opt for the 1.0-litre triple-cylinder petrol engine that produces 100hp, but the larger, four-cylinder engine tested here provides an extra 30hp and that makes quite a difference. At least it would if it wasn’t attached to a lazy seven-speed automatic gearbox - driving the lower-powered model with a manual box was actually more interesting and felt every bit as quick.

The 44.8mpg promised by the bigger engined model should be easily beaten by the smaller unit, so it’s pleasingly frugal. Prices are competitive too, and the strong demand for the Captur will hopefully keep residual prices up and, therefore, leasing costs down.

Ultimately though, it’s just another small SUV. If you like a small SUV, then you’ll love the Captur, but there are another 20 or so rivals that are almost as good or, in places, perhaps a bit better. Frugal, spacious, well equipped, good value and quite stylish - the Captur ticks all the right boxes, but doesn’t quite stand out in any area.