Not much has changed with the facelifted Skoda Fabia outside of more 'Simply Clever' additions, but it is such a competent car there really was very little reason to change anything anyway. It’s spacious, easy to drive and cheap to run 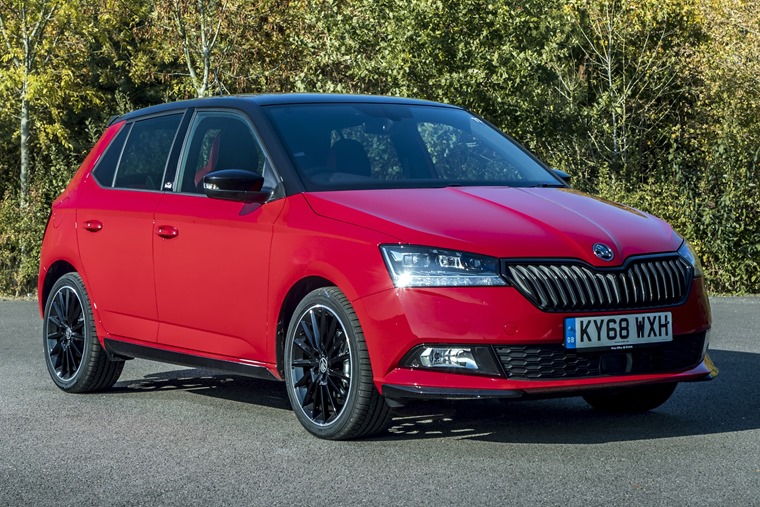 There must be a competition going on between manufacturers to see who can produce the least visible facelift of a car. MG lost in the first round, heftily resurfacing the MG 3, while Vauxhall tried to fool everyone by calling its current Corsa all-new despite the car sharing the same bodyshell. Fiat is trying hard, churning out ever smaller changes to the aging 500. It’s Skoda that arguably wins the prize though, with a facelift that’s so light you’d be hard pushed to tell what’s changed in the Fabia.

The grille is slightly wider, with a small cutout at the top corners, while the headlights are a little slimmer. Lights front and rear also have some extra bling to make them look a little more expensive. The diesel engine has been dropped, so there’s now three 1.0-litre petrol options to choose from, and each engine now has a particulate filter to reduce emissions.

So not much has changed, but the Fabia is such a competent car that there really was very little reason to change anything anyway. 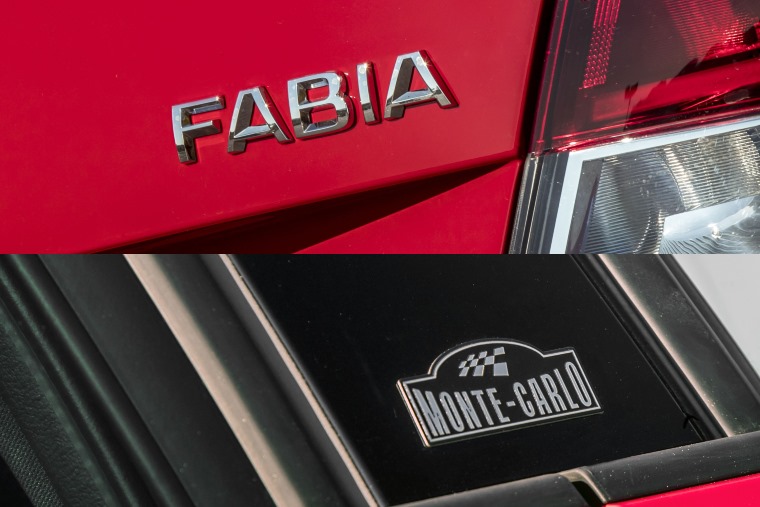 That little 1.0-litre engine starts with just 75hp available, but in this high-spec Monte Carlo car it gains a turbo and produces 95hp, although that still won’t set the pulse racing with its performance. It’s lively enough around town, with the easy-to-shift five-speed manual gearbox allowing you to keep the engine spinning freely. There’s enough torque to rely on the engine at lower revs without swapping ratios, but it’s makes progress a tad steady. The 110hp engine option adds a useful amount of power for those intending on longer journeys, and it would be well worth considering for higher mileage drivers. 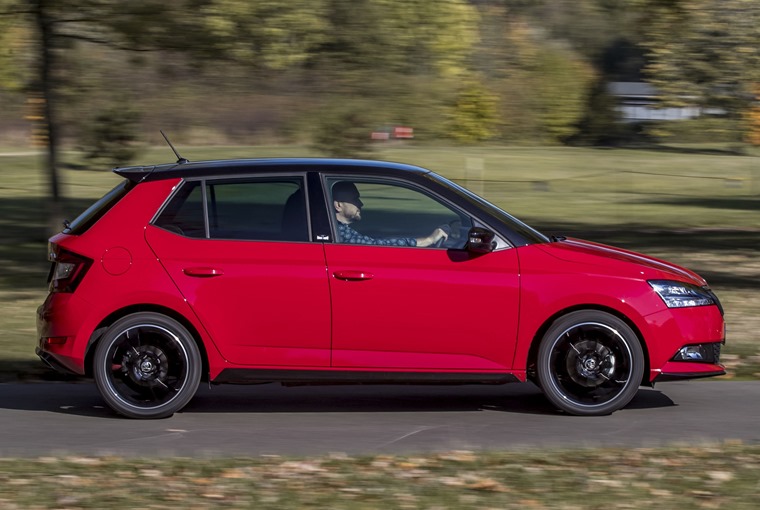 Across country it’s competent enough too, but you’ll be relying on momentum rather than power to keep things moving. Fortunately the Fabia is actually a well balanced car, allowing you to extract more agility from it than you might expect. Relatively soft suspension also keeps the cabin comfortable.

Handy ‘Simply Clever’ bits are dotted around the car, Skoda’s own take on making things a little easier for motorists.

That cabin has been updated slightly on the new model but, again, you’d be hard pressed to tell where. There are now two USB ports in the rear to keep phones and tablets charged. Thats handy as there’s also now a tablet holder built into the back of each front seat, allowing kids to watch videos and adults to work on spreadsheets. It’s all rather conventional though, with a dashboard and instrument binnacle that’s neat and inoffensive but also unexciting. 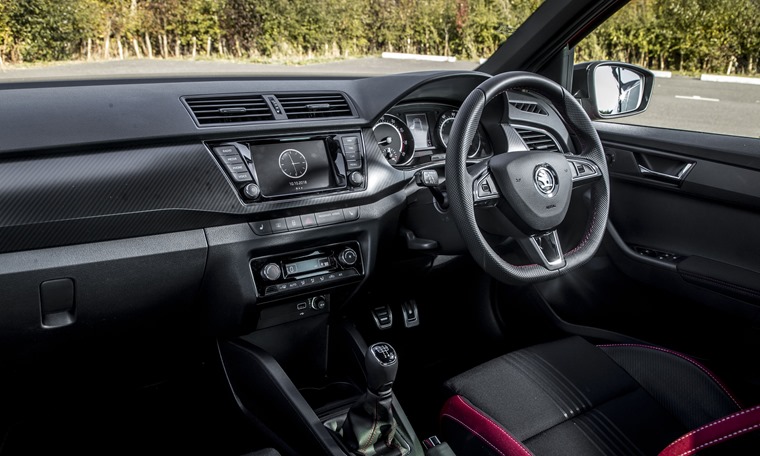 Splash out on extras and you can have some big-car technology installed too, such as Adaptive Cruise Control [and] Rear View Camera

There’s plenty of space, with the upright sides of the car allowing for three adults to squeeze in the rear without too much difficulty. It’s positively spacious up front, and there’s a cavernous boot that will take more luggage than a Ford Fiesta or even a Ford Focus!

Handy ‘Simply Clever’ bits are dotted around the car, Skoda’s own take on making things a little easier for motorists. There’s a phone holder, a waste bin in the door, an umbrella stored under the passenger seat, a parking ticket holder, an ice scraper in the fuel filler flap (that now includes a tyre tread depth meter) and, new for 2018, a boot liner that is carpet on one side or wipe-clean rubber on the other. 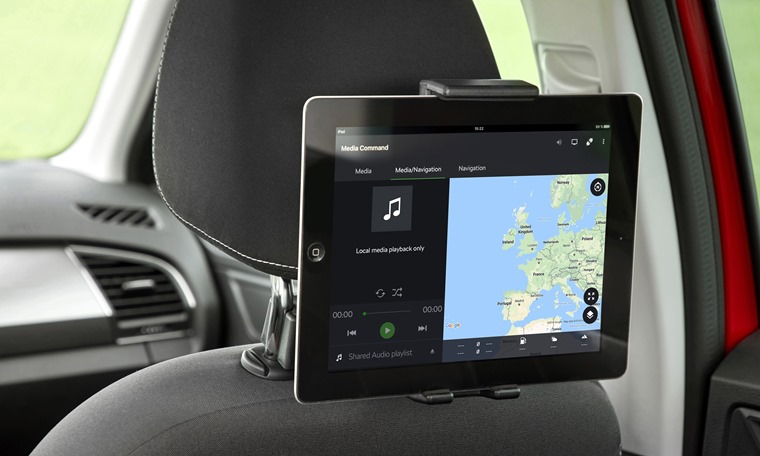 Everything combined, it’s a clever update for the Fabia. It retains the value it’s known for and adds some tech that will appeal to younger buyers.

Splash out on extras and you can have some big-car technology installed too, such as Adaptive Cruise Control, Rear View Camera, Blind Spot Detection and Rear Traffic Alert Driver Fatigue Assistant, and full LED headlights. 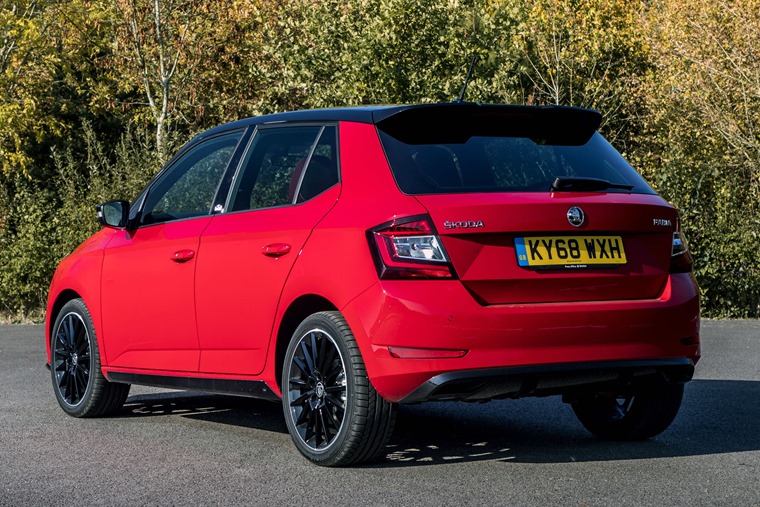 Everything combined, it’s a clever update for the Fabia. It retains the value it’s known for - like for like, it’s at least £1,000 cheaper than the similar Volkswagen Polo - and adds some tech that will appeal to younger buyers. Only those wanting some excitement will be left short changed as there are no plans for a sporty vRS version in the future unfortunately.

For those that just want a no-fuss car, it’s spacious, easy to drive and cheap to run. For those wanting style there’s this Monte Carlo edition or the funky Colour Edition to choose from, and those after practicality can opt for a Fabia Combi estate version that has a huge boot. It’s a car that will please most of the people most of the time. 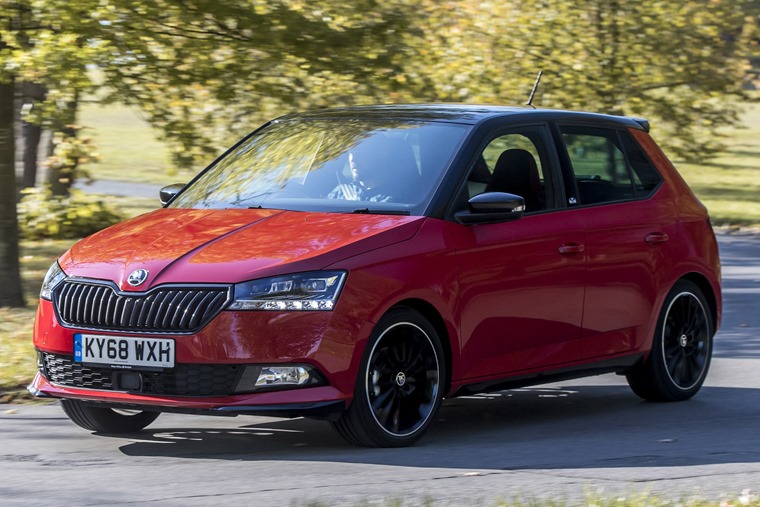 Skoda Enyaq Coupe: Everything you need to know