The Volvo V60 Cross Country aims to make estates rugged again. On top of that it's cool, capable, and spacious.

Is there a cooler car manufacturer than Volvo? If you’ve not kept up, you’ll be wondering how a company that builds wardrobes on wheels could ever be cool, but the current breed of Swedish metal is unlike anything that’s been before. 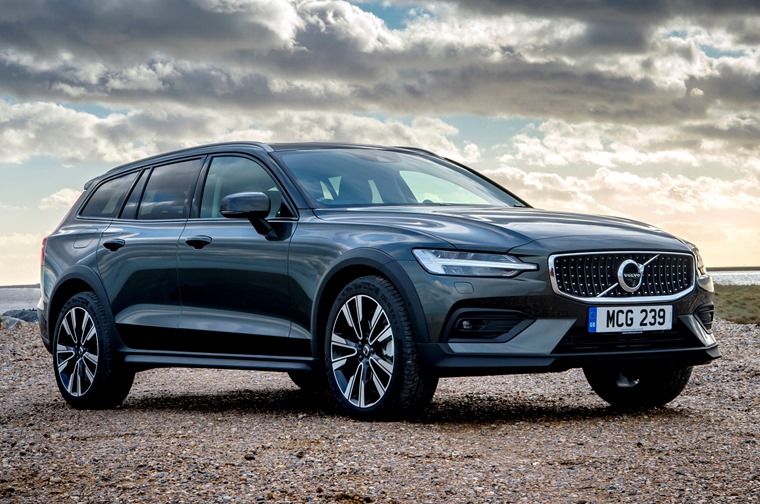 There’s striking designs on the outside, and proper Scandinavian minimalism inside. Quality is high, technology is modern, practicality is strong and efficiency is good. The entire range has got something going for it, and then Volvo tops it off by somehow being both classy and classless.

Now it’s taken the popular V60, jacked up the suspension by 6cm, and called it the Cross Country. Despite being based on an estate car, a breed of car that’s falling out of fashion, it’s arguably a rival to the mainstream German SUVs such as the Audi Q3, BMW X3 and Mercedes GLC. It’s tasked with turning buyers back to something more conventional, but without sacrificing any of the SUV-ness that SUVs have. 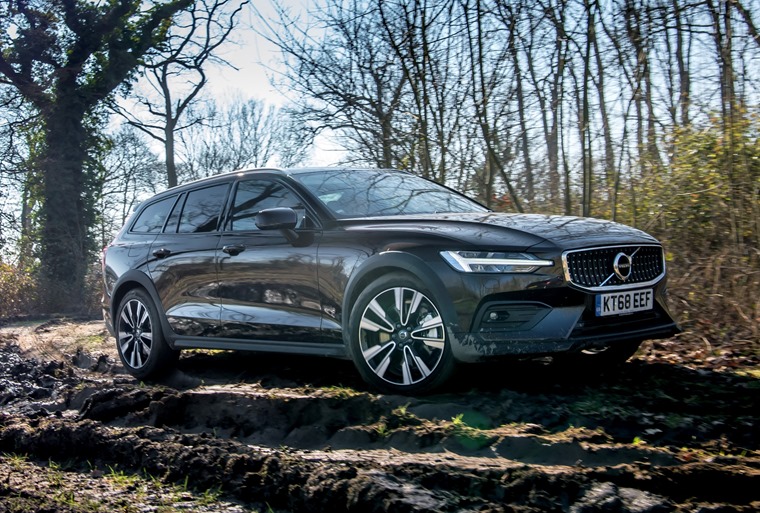 Which means that the Cross Country comes with four-wheel drive, driven by a 2.0-litre diesel engine. There’s 400Nm of torque, which makes the car feel capable of pulling trees clean from the ground. That’s also a handy amount of grunt when you need to cross rocky lanes and wade through rivers. Not too deep, though.

It fulfils the cross country brief easily then, but it’s also pretty handy on the tarmac.

There’s hill descent control to keep things stable when slithering down a steep slope, and a dedicated off-road drive mode that adjusts engine speed, gear selection and the all-wheel-drive system for optimum traction and control. Having abused Volvo’s car through some of the muddier bits of the country, it’s certainly capable of far more than you might expect. 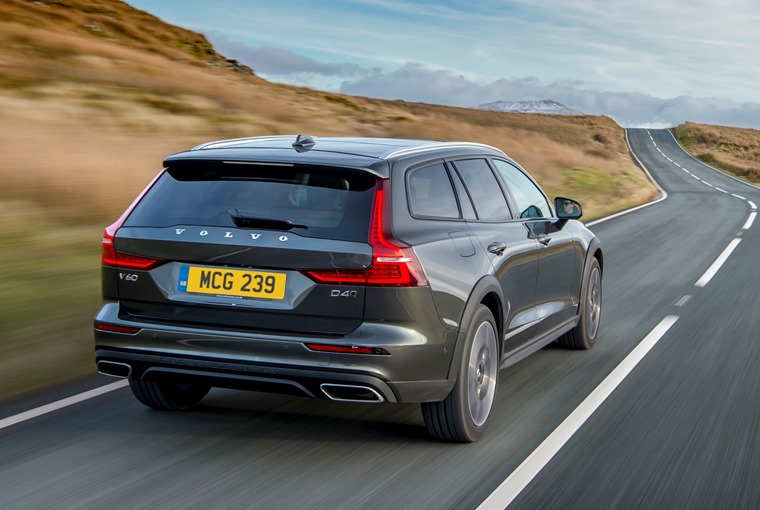 There’s 400Nm of torque, which makes the car feel capable of pulling trees clean from the ground.

It fulfils the cross country brief easily then, but it’s also pretty handy on the tarmac. The twin-turbo engine is tied to an eight-speed automatic gearbox, and they combine to create a sense of purpose on the road. Not that it’s particularly fast, but performance is sufficient - the de rigueur 0-62mph dash takes a leisurely 8.2 seconds, but there’s always some performance available, whatever speed you are travelling at. Use all the performance and the engine becomes rather vocal, but it’s fine at a cruise.

The suspension, adapted from the already pleadingly comfortable V60, is longer and softer, focussing very much on comfort rather than sportiness, and that trend even continues into the cabin. There’s Scandi style everywhere, with light coloured trim, clear switchgear and comfortable seats. There’s plenty of space all round too, including the rear where the roofline doesn’t interfere too much with headroom despite it’s downward sweep. 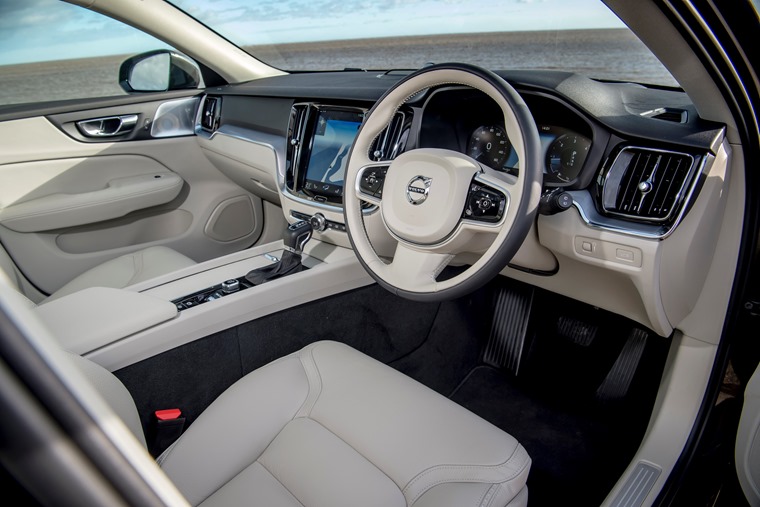 You can’t escape how it’s positively sub-zero cool, taking everything you like about Sweden and distilling it into a capable, spacious estate car.

The clever Sensus infotainment system dominates the centre console - it’s a vertical screen with four panels to control the most frequently used features, and it works remarkably well. Swiping left or right reveals less important options that once set are unlikely to be looked at again, keeping the main screen clutter free. Annoyingly though, Android Auto and Apple CarPlay are an optional extra.

Frustratingly, plenty of other items are optional, too. That includes leather seats, heated seats, reversing camera, sunroof, adaptive cruise control, park assist and, irritatingly, safety gear such as blind spot alerts, cross traffic alert, rear collision mitigation and even headlights washers. While the Cross Country sits at just over £40,000 on the price list, it’s easy to hit north of £50,000 without trying, and that’s going to have an impact on the monthly leasing costs. 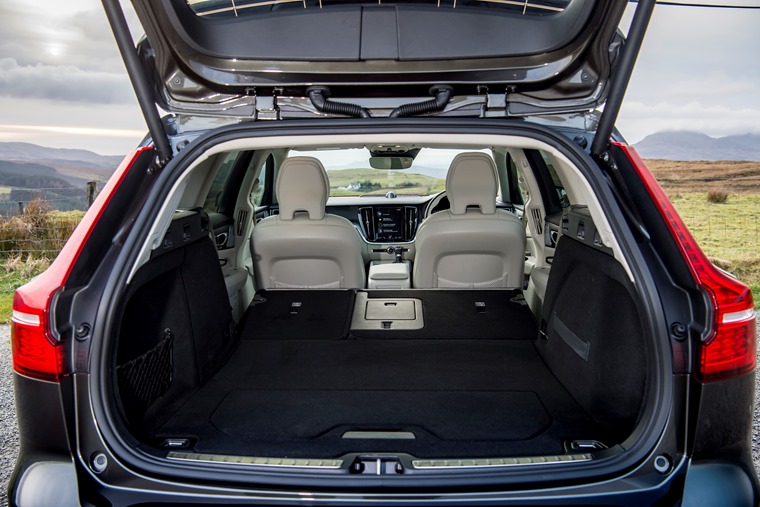 Despite that, there’s a lot to like about the V60 Cross Country. You can’t escape how it’s positively sub-zero cool, taking everything you like about Sweden and distilling it into a capable, spacious estate car. That, however, might just be the Volvo’s biggest issue of all - in a world that wants SUVs, a jacked-up estate car might not cut it with modern buyers. They’d be wrong to think that.