Ford has revealed full UK pricing for the all-new Ford Kuga, with the second-gen model ushering in fresh looks, more space and a host of new hybrid powertrains. 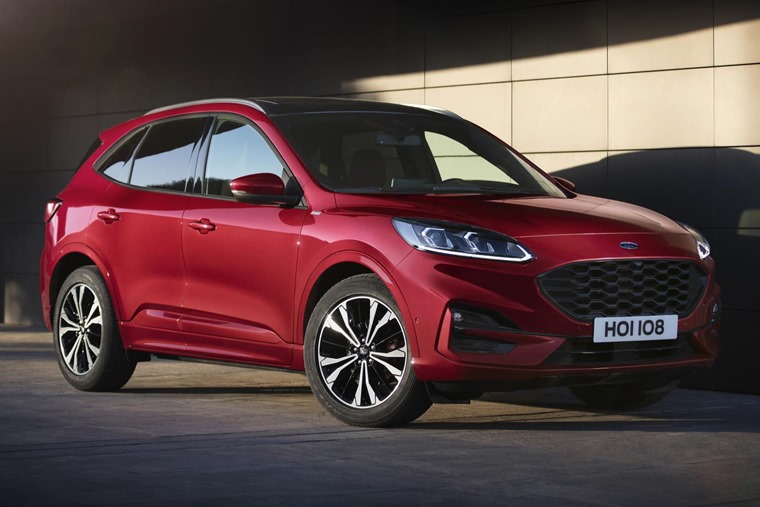 Courtesy of a thorough redesign, the Kuga gets a radical new look that borrows styling elements from the latest Fiesta and Focus models. That means a sharp front face with more angular headlights, a larger grille, and a steeper angled windscreen that results in a lower roof.

It might be lower, but it’s actually bigger too: 89mm longer and 44mm wider to be precise. That said, we reckon it looks more hatchback-like than some crossovers dimensionally, although that probably has a lot to do with its Focus-derived styling, too. 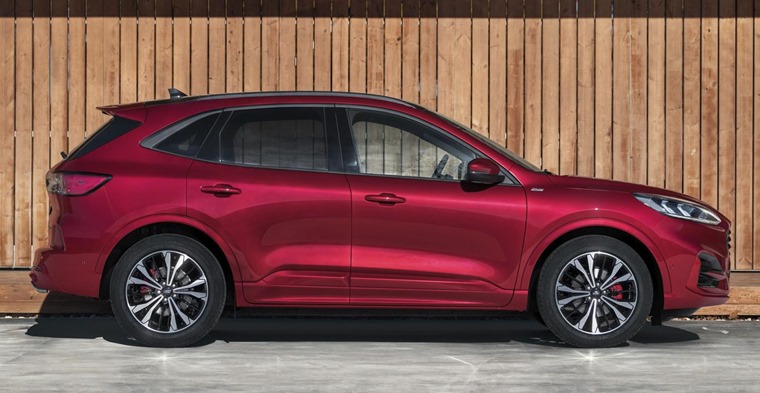 Ford Kuga will debut with First Edition Titanium, ST-Line and ST-Line X – available with all powertrains including plug-in hybrid. These high-specification models are available to order first, with entry-level Zetec to follow later in the year.

The Ford Kuga Zetec will be available from £23,995, and features FordPass Connect embedded mode, wireless charging and advanced driver assistance and safety features as standard.

The Titanium First Edition plug-in hybrid is available for £33,995 on the road, priced the same as 2.0-litre EcoBlue 187hp engine. 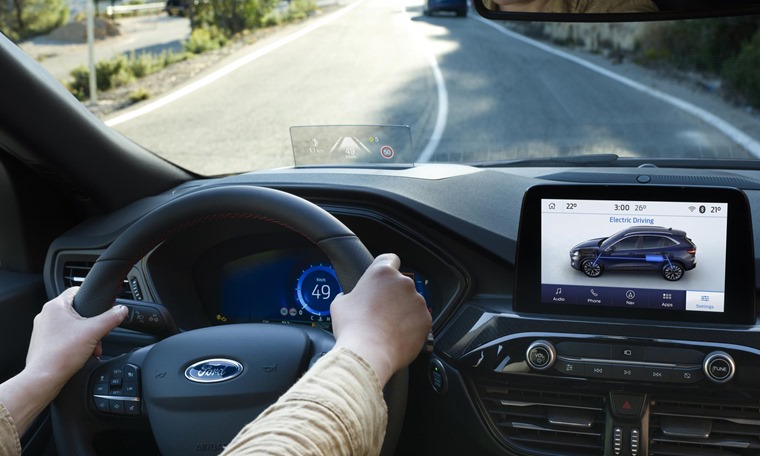 Thanks to its larger proportions, the Kuga gets a roomier cabin. The longer wheelbase allows for more legroom in the rear, while boot space can be increased by as much as 67 litres thanks to adjustable rear seats.

Infotainment-wise, it gets a much more modern set-up than before: Ford’s latest 8in touchscreen SYNC3 system is offered, while the rest of the controls have been simplified, too. It’s compatible with Apple CarPlay and Android Auto, while options such as a head-up display and wireless charging are available at extra cost. 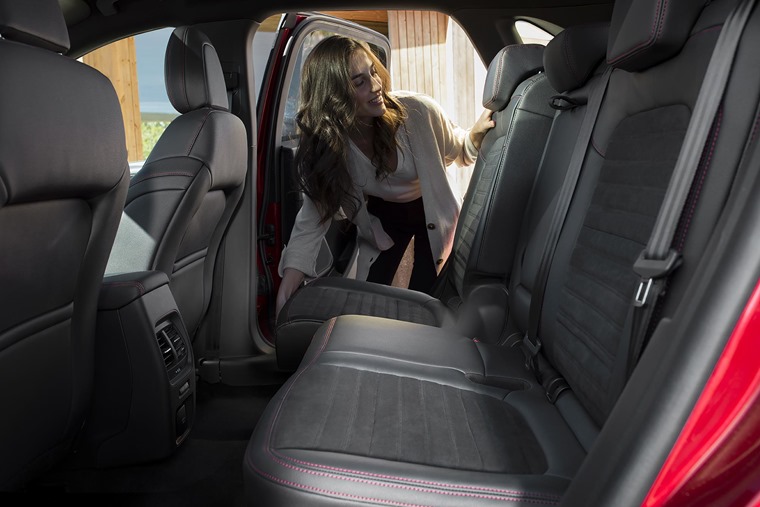 A 12.3in digital driver display is also offered, which Ford claims to be an industry-first thanks to its seamless curved edges that allows for a much cleaner design.

The biggest news is arguably that the new Kuga will be available with hybrid technology. The PHEV powertrain utilises a highly efficient 2.5-litre petrol engine that enables it to deliver fuel economy of 201mpg. The PHEV can operate on electric power only, enabling electric only driving for approximately 35 miles powered by the 14.4kWh battery pack. 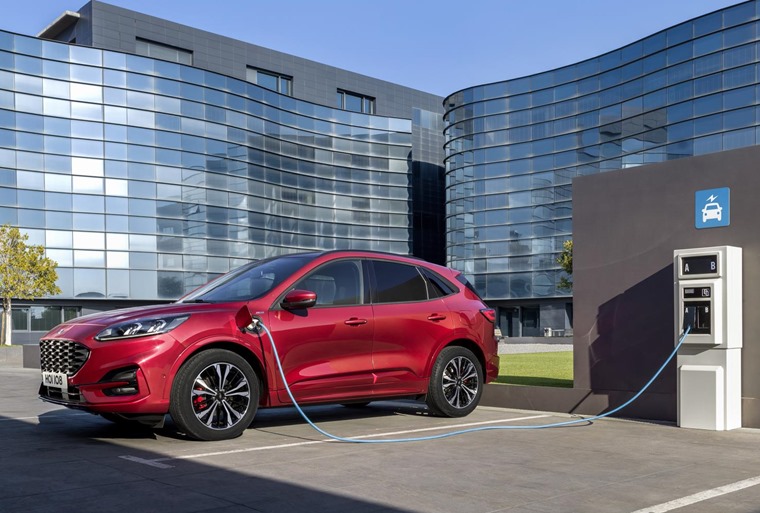 The bulk of the range is made up of Ford’s EcoBoost and EcoBlue petrol and diesel engine – which now all benefit from a 48V mild-hybrid system. The 1.5-litre petrol is available with either 120hp or 150hp; the 2.0-litre diesel with 120hp or 180hp. All options will be capable of more than 40mpg, with the 1.5-litre petrol anticipated to achieve 49mpg combined.

Commenting on the electrified engine range, Joerg Beyer, Ford Europe’s executive director of engineering said: “One size does not fit all, so we’ve developed a nuanced powertrain strategy for the all-new Kuga that will help customers find the right solution for their lifestyle.” 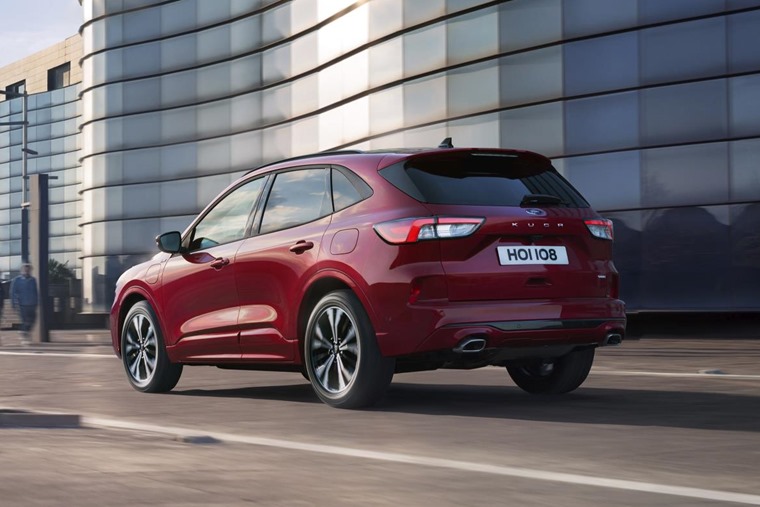 High-specification First Editions are available to order first, with other models arriving later next year.