Fuel and energy prices in the UK may be abating after reaching record highs over the past few months, but the latest figures from BP reveal the oil giant saw profits soar between April and June.

The energy company saw profits hit £6.9bn over the last quarter – that’s three times more than it made over the last period in 2021.

Various watchdogs and consumer groups are calling on the government to do more to help drivers. But will fuel prices drop? How is the cost made up? We answer key questions.

According to Confused.com – that uses data from 83% of petrol stations across the UK – the average price for petrol is now 184.5p, with diesel a whopping 194.2p. (These figures are correct only as of 2 August 2022, sourced from Confused.com)

Fuel prices were already on the rise due to inflation and record crude oil prices, but the current geo-political events in the Ukraine have driven average costs up even further as uncertainty hits the market once more.

Commenting on the rise, watchdog FairFuelUK said: “With inflation jumping to its highest level in a decade and the geo-political events in the Ukraine driving up oil prices, making energy and fuel bills soar, at FairFuelUK we renew our supporters’ calls for the Treasury to cut Fuel Duty as a matter of top economic priority."

How is the cost of fuel made up?

So, we know that the wholesale cost of fuel is on the rise. But that’s not the full story. Currently, petrol, diesel and other fuels are subject to government fuel duty as well as VAT. These figures might be fixed, but it still makes up more than a third of the overall cost of a litre of fuel.

The above table gives you an idea of what goes into the cost of a litre of fuel. The government currently receives 57.95p on every litre through fuel duty, and another 20% of the overall cost per litre through VAT, with this naturally depending on how much fuel you buy.

In fact the UK government collects more tax from fuel than any other European country. Pressure groups and watchdogs such as FairFuelUK want the government to cut the rates of fuel duty to cover the increasing wholesale costs, in order to ease the squeeze on consumers’ wallets.

FairFuelUK commented: “With inflation jumping to its highest level in a decade and the geo-political events in the Ukraine driving up oil prices, making energy and fuel bills soar, at FairFuelUK we renew our supporters’ calls for the Treasury to cut Fuel Duty as a matter of top economic priority.

"By cutting Fuel Duty by at least 3p per litre will bring UK vehicle fuel taxation more in line with the average of the EU and allow businesses and logistics to invest in drivers and cleaner transport." 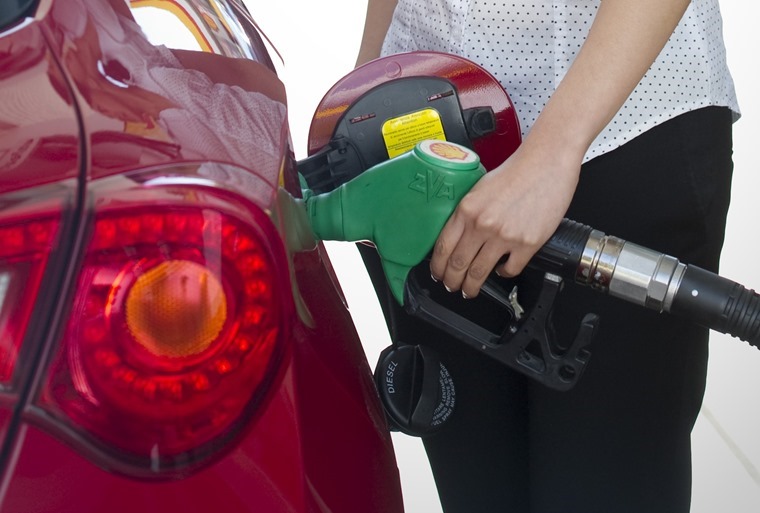 What about the fluctuating wholesale prices?

FairFuelUK is also calling on the government to set up a “pump watch”, due to oil companies unfairly profiting despite fluctuating prices. Oil pricing increases and decreases all the time and, while the consumer certainly notices increases, decreases are less commonly noticed.

For example, in seven weeks last year, the wholesale price of diesel fell by almost 9%. However, prices at the pumps fell by just 0.5%. It was the same story with petrol; over the same period wholesale petrol prices fell 11.2%, but only 5.1% of this drop was passed onto drivers.

FairFuelUK said: “Everyone knows what we pay at the pumps does not follow any logic or fairness when oil prices change. For decades the fuel supply chain, notably a few wholesalers have ripped off drivers at will.

“The smaller independent garages are subject to their blackmail too, in the prices they are forced to pay, with their wholesalers holding them hostage to their bulk supply. They consciously hold back wholesale price falls amounting to billions. But these greedy faceless businesses will soon be subject to good deal of scrutiny."

When will fuel prices come down? How much is the fuel duty cut?

Fuel prices have steadily dropped over the last few weeks, although the drop isn’t coming as quickly as many people would like to see. Luke Bosdet, from the AA, commented: “Wholesale petrol’s trajectory, if sustained, would lead to savings of a tenner off a tank from the record highs, providing the fuel trade is prepared to pass them on.

“The problem is that, in many places, the price cuts are quite simply not happening despite more than six weeks of falling costs”.

The government recently made a 5p cut on fuel duty, although there is debate as to how much of this reduction will actually be passed on to the motorist. Rishi Sunak – who is now in the running to be the next PM – hasn’t ruled out further cuts in duty to help motorists, should prices rise again, although we have no idea how much this would be.

Some campaigners argue that we don’t particularly want fuel prices to come down, with not not being the time to make fossil fuels more affordable, instead encouraging people to swap to electric vehicles.

Gill Nowell, head of EVs at LV General Insurance said “While the price of an electric car is higher – the running costs […] can be almost half that of a similar petrol or diesel model”.

She went on to say that by leasing an EV, lower running costs and charging costs mean that most models come out cheaper.