The new luxury Genesis G70  Saloon and Shooting Brake are now available to lease, with UK deliveries set to commence in the coming months.

We’ve recently covered the stylish GV60 electric SUV as well as the luxury G80 saloon and SUV – but let’s focus on the Genesis models you can actually lease right now. 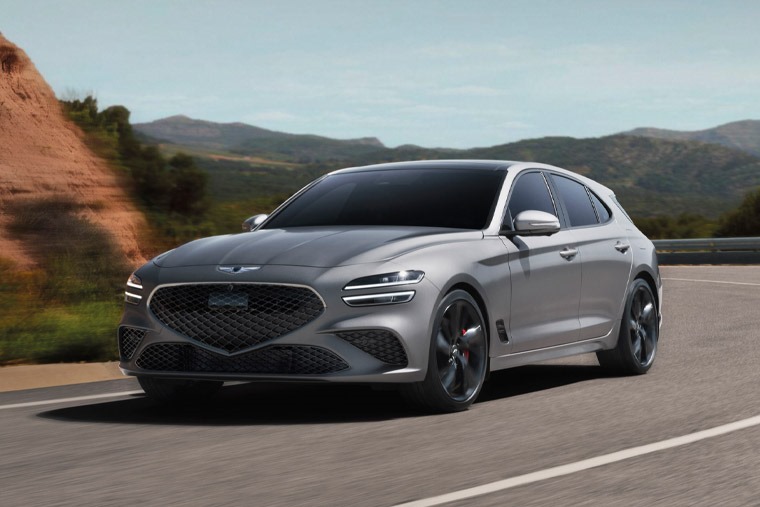 Since the old car’s US debut back in 2017, the external enhancements are clear. The new model  had its UK premiere at last year’s Goofwood Festival of Speed, and the developments were obvious.

A new hexagonal grille combines with slim LED quad-headlight strips, while at the rear two LED strips on either side mirrors the front.

Genesis is pushing the phrase “Athletic Elegance” and from these photos alone it’s clear to see why. 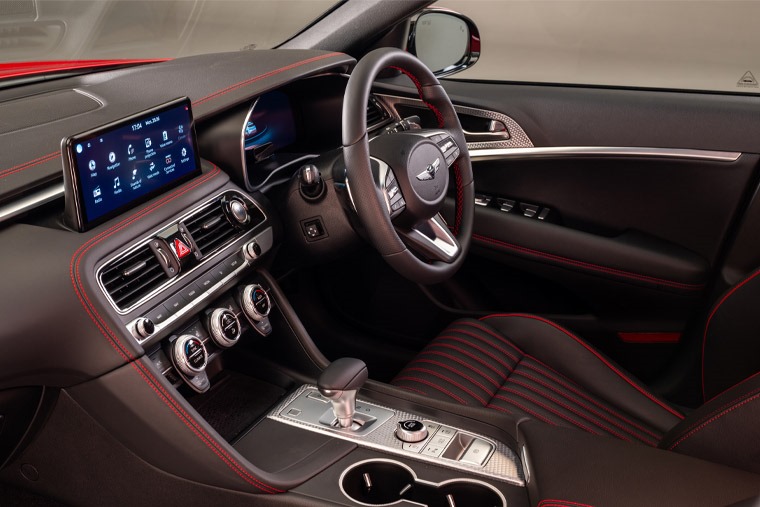 Taking centre stage is the 10.25in infotainment screen that has been refreshed to support wireless software updates, wireless smartphone charging and a 360-degree camera – all fitted as standard.

As well as being ultra-stylish, the G70 Shooting Brake has an impressive 465-litre boot, which is 40 percent bigger than the G70 saloon.

You will have the option to choose between either a 2.0-litre turbocharged petrol engine or a 2.2-litre diesel engine, with all models featuring rear-wheel drive and an eight-speed automatic gearbox.

Rear-wheel drive is standard from launch, as well as an eight-speed automatic gearbox.

Hyundai’s premium Genesis brand has officially launched in the UK, and the pair of G70s are the first models to be available to lease. You can compare plans and prices by hitting the button below.