It’s taken a pretty ordinary 1.5-litre petrol engine and added a pair of electric motors, creating a handy little hybrid powertrain. It works, too, balancing economy and performance that almost provides the best of both worlds. 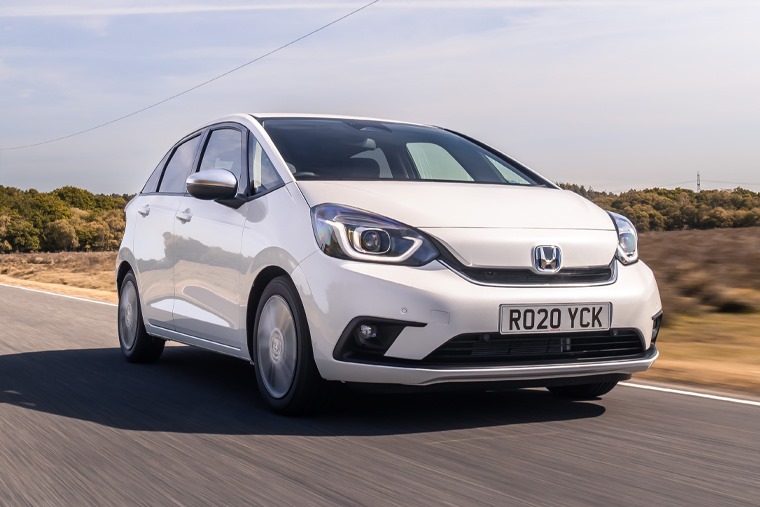 Honda has always had a difficult job with the Jazz. Ask anybody in the UK and they’ll tell you that the model is the preserve of septuagenarians and beyond. Pose the same question in America, where the car is known as the Fit, and you’ll find that it’s one of the most popular cars with the youth.

A supermini. How do they square the circle that’s got to appeal to the mature audience wanting nothing more than a sensible ownership proposition and the excitable youth that want style and tech to go with their mobility?

This new Jazz has tried to bridge that divide, combining safe and sensible design with a stylishly minimalist and mostly digital interior, hoping to please everybody, but risking pleasing nobody.

Fortunately, the changes have been carefully considered; most manufacturers spend hours with journalists talking them through the minutiae of their new model, and focussing on the big new items - new engine, new suspension, and that sort of thing. Honda spent longer than you might think necessary talking about the seats, and how comfy they are. The front seats have a new frame, apparently, which offers more back support, while padding on the rear seats has been increased in depth by 24mm.

As well as having lots of space, those seats in the rear are called ‘Magic Seats’ and fold, flip and twist to create a genuinely van-like flat load bay. Or, with a different fold, flip and twist, a thin but unusually tall area to stand houseplants or perhaps freshly painted portraits upright. 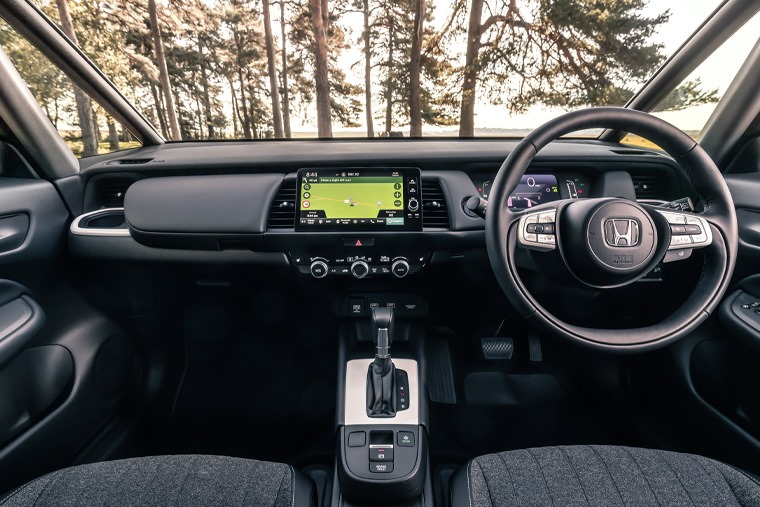 If that’s not exciting enough, then there’s the ‘panoramic’ windscreen. Honda has cleverly moved the thick, load-bearing A-pillars that normally sit on either side of the windscreen, backwards so they’re right up against the door frame. In their place stand spindly little supports that hold the glass in place and leave you with only a sliver of metalwork blocking your diagonal view.

Yes, the seats are definitely amongst the most comfortable I’ve ever sat in, in a car or otherwise.

These two changes sound rather insignificant, but you’d be amazed at what a difference they make. Yes, the seats are definitely amongst the most comfortable I’ve ever sat in, in a car or otherwise. And yes, the view out of the windscreen is magnificent, which makes the car feel airier and improves safety thanks to a wider field of view. 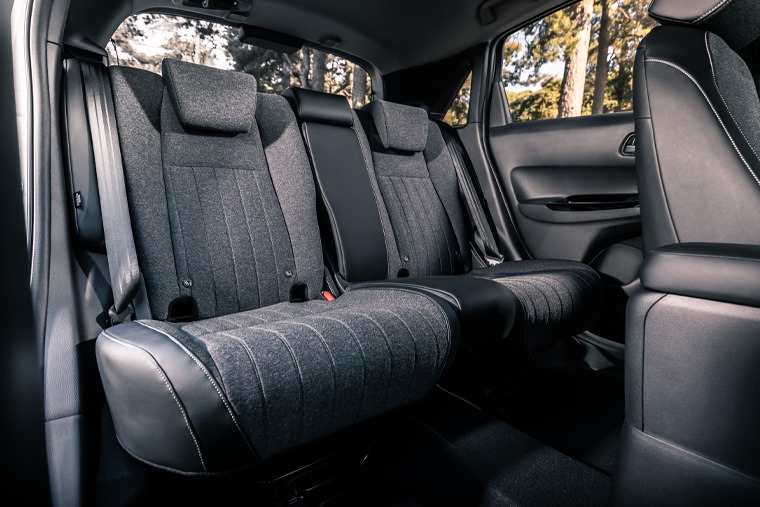 That airier and clear feeling extends even further thanks to the very minimalist design inside. There’s just one horizontal bar topping the dashboard, and that’s kept very low, leaving nothing to block your view forward. The traditional instrument binnacle has been replaced by a small, incredibly clear, digital display, although there’s an awful lot of information on it in its default settings.

To the left sits the 9in infotainment screen. It’s got Honda’s latest software, so it’s sharper, quicker and easier to use, and now only slightly awful. Honda also says it’s got vastly improved voice controls, but they didn’t work on my car - that was probably just a setup issue, though. There’s also Android Auto and Apple CarPlay installed, allowing you to use your own software. Pleasingly, there’s a physical volume control knob as well as rotary dials for the heating and climate control.

All the visible bits are very sensible, but Honda’s gone crazy under the bonnet. Well, maybe not crazy. Ambitious, perhaps. It’s taken a pretty ordinary 1.5-litre petrol engine and added a pair of electric motors, creating a handy little hybrid powertrain. It works, too, balancing economy and performance that almost provides the best of both worlds. 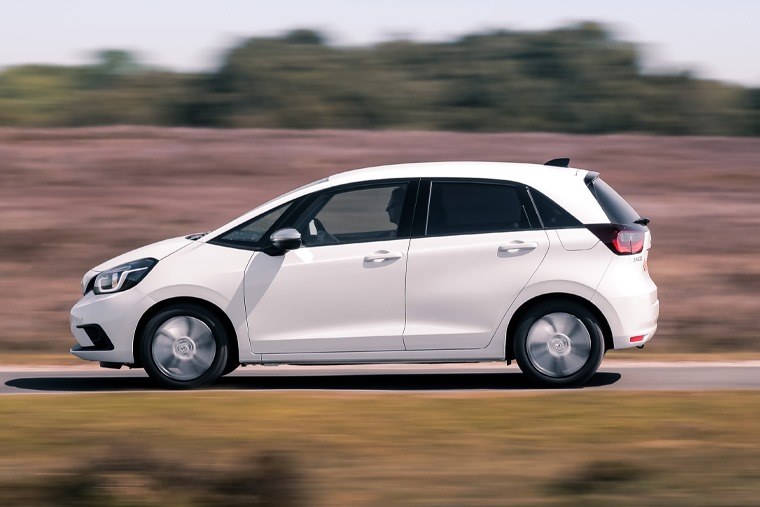 It even handles quite well, with direct steering and a level of engagement that you don’t expect from a sensible city car.

Leaves the traffic lights with a surprising level of eagerness, the electric motors boosting the petrol engine. They soon give up and act like normal hybrid power units, adding bits and pieces of power where necessary, running gently on purely electric power with the engine turned off, and working to ensure everything is as efficient as possible. That efficiency meant I returned the car after averaging just over 60mpg, which might not be as much as you were hoping for but you have to remember my heavy right foot and occasional enthusiastic moments.

It even handles quite well, with direct steering and a level of engagement that you don’t expect from a sensible city car. IT does that without hurting the ride quality too much, especially at speed. Unfortunately, it all falls apart in urban areas, where the car crashes and thumps over our potholed roads. For a car that is likely to spend most of its time in town, that’s disappointing. 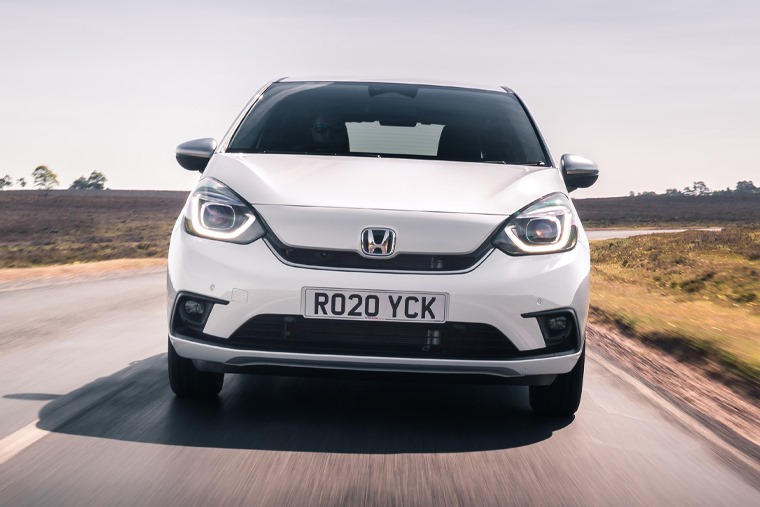 However, there’s a solution to that problem, too! The Jazz Crosstar is a variant of the top-of-the-range EX model that’s been jacked up by 30mm and had some black plastic body protection stuck on. The extra suspension travel makes it quite a bit more comfortable, but it comes at a cost of £1,250 over the normal car.

They’ll love it, like a comfortable old chair that’s been reupholstered and made better than ever.

Has Honda managed to make the Jazz appeal to all parties? Almost. It’s engaging enough that you could almost make a case for it appealing to the younger generation but then they’ll just lease a Fiesta or even a Mini. The style-conscious will be eyeing up the Honda e and wondering if the £100 a month extra is money well spent. That leaves the Jazz’s biggest target audience - existing Jazz owners. They’ll love it, like a comfortable old chair that’s been reupholstered and made better than ever.