The hot Hyundai Kona N has been revealed, with the performance flagship version set to top the recently refreshed crossover range.

It’s the fifth Hyundai to receive the N Treatment. Here’s everything you need to know about the sporty variant – and the rest of the range.

The Kona has benefited from extensive design tweaks on the outside. At the front, a revised grille and sharper headlights bring the Kona in line with the i30 and i20, while the highlight is the introduction of the N-Line trim.

This model gets a range of exterior enhancements that give it a sportier look than the standard car. There’s a different set of bumpers, body-colour cladding and 18in alloy wheels to name a few. 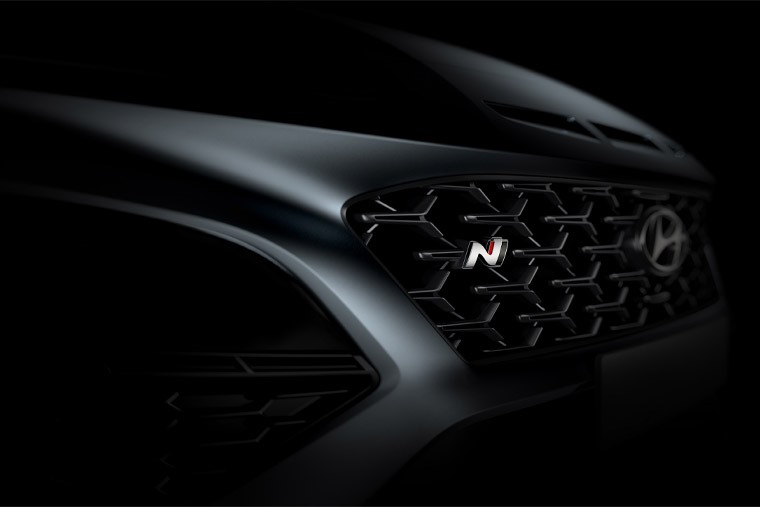 The N model gets the same tweaks we’ve seen on the i20N and i30N. That means beefier bumpers, a larger air intake and potentially a large rear spoiler. It’s part of a specific aero package unique to the N, which also includes colour-coded bumpers and a large set of alloy wheels. 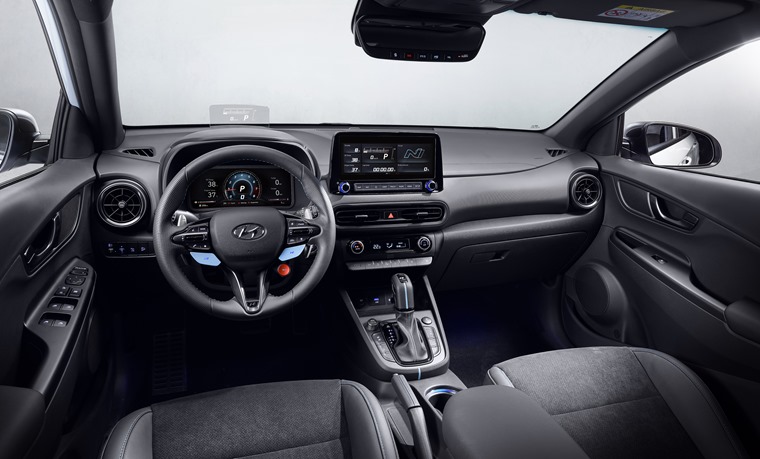 Not too much has changed on the inside compared to the outgoing model, but N-Line models get distinctive red stitching, metal pedals and a host of trim pieces that add to the N-Line’s sporty feel on the inside.

All models get a 10.25in digital driver display and an 8in infotainment system that’s compatible with Apple CarPlay and Android Auto. Automatic safety features have also been enhanced, with Lane Following Assist and Forward Collision-Avoidance Assist now standard.

The fiery N gets a different infotainment system, which is intended to give the driver a “game-like dimension to every driving experience”. In plain English, that means you can record lap times, view circuit maps and set a host of driver preference options when you’re in N or Sport mode. 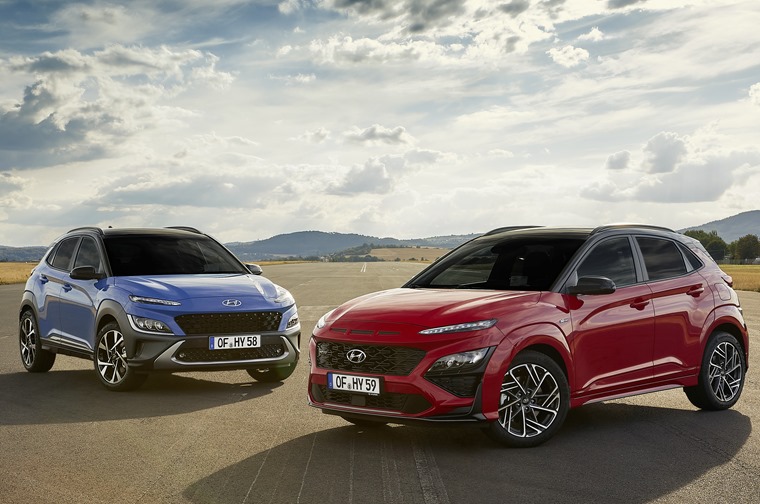 Four trim levels are available: SE Connect, N-Line, Premium and Ultimate. The SE Connect costs from £21,060 and gets 17in alloy wheels, LED daytime running lights, air conditioning, a digital driver display and an 8in infotainment system with rear-view camera.

N-Line costs from £23,590 and adds those sporty features on the exterior and interior. Additional features include climate control, automatic wipers, auto-dip rear-view mirror, rear USB sockets, rear parking sensors and ambient lighting. The infotainment screen is also 10.25in rather than 8in, matching the driver display.

The N model tops the range, and while trim specifications are to be confirmed, you can expect it to get the amenities of the Premium model as well as its sporting credentials. It’ll cost from around £32,000. 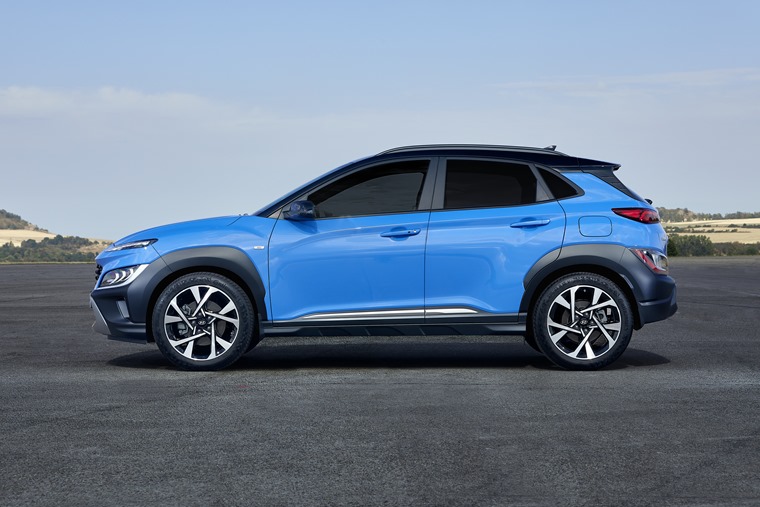 Although the Kona already exists as a hybrid and electric model, the petrol-only models are now technically hybrids too thanks to the addition of a mild-hybrid 48V system. It’s standard on the 1.0-litre turbocharged petrol models, all of which produce 120hp. The SE Connect, Premium and Ultimate models are also available with the 1.6-litre hybrid petrol engine, which all come with an automatic gearbox.

At the top end of the scale, the Kona N combines a 2.0-litre turbocharged petrol engine with an eight-speed automatic transmission. It produces 280hp which gets the N from 0-62mph in 5.5 seconds. Its top speed is 149mph.

The revised Kona is available to lease right now in the UK. Exact release dates for the N model are to be confirmed – we’ll let you know as soon as we hear more.

In the meantime why not check out our review of the Kona Electric?