Leasing.com Trophy: Player of the Round vote now open

We are delighted and immensely proud to have secured sponsorship of the EFL Trophy and support football - the beautiful game. The sponsorship is part of our ongoing brand development campaign to educate people on the endless possibilities of car leasing.

The Leasing.com Trophy encompasses 127 matches across six rounds, culminating in a showpiece final at Wembley. With the EFL Trophy's continued growth and huge fanbase it provides the perfect partnership. We are looking forward to helping EFL fans and British drivers find the car of their dreams. 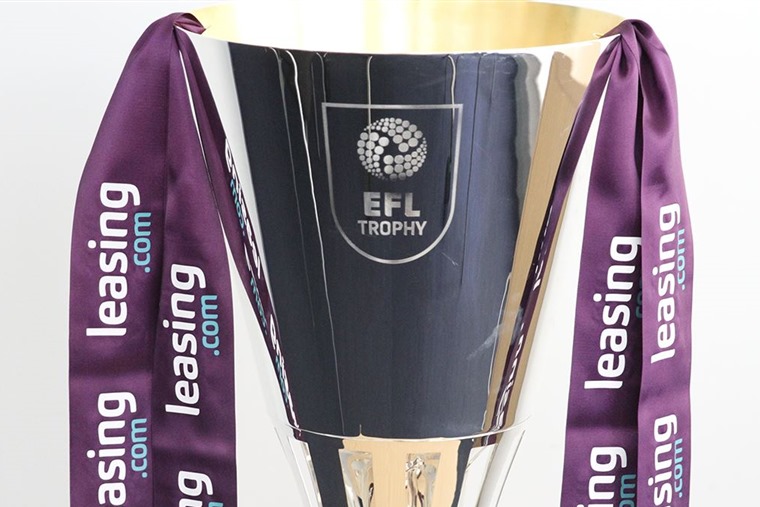 When is the Leasing.com Trophy draw?

The Leasing.com Trophy Round Two Draw will take place on Saturday 16 November, live on Sky Sports’ Soccer Saturday from 2pm.

Leasing.com Trophy Player of the Round

The Leasing.com Trophy Player of the Round competition gives fans the opportunity to vote for the player they feel starred in each round of the competition.

Following the completion of the group stages of the Leasing.com Trophy, the shortlist for the Player of the Round competition has been revealed with Tristan Abrahams, Maxime Biamou, Jordan Clark, Kieran Dewsbury-Hall and Jordan Roberts making the final five.

The player with the most votes will win the Player of the Round award. Every fan who votes for their favourite will be entered into a competition prize draw, where new car marketplace, Leasing.com will be offering one lucky supporter the chance to win signed merchandise.

Fans have until Monday 18 November at midnight to register their votes for the award.

His four goals in the group stages topped the scoring charts. He was at the centre of a remarkable 7-4 win at Cheltenham, claiming a stunning hat-trick and winning a penalty. Saving the best until last, his hat-trick goal was a sublime 20-yard curler into the top corner.

With goalless draws in their first two Group D fixtures, Coventry needed a goalscorer to step forward against Southampton Under-21s. Enter Biamou, whose neat finish and penalty put them 2-0 up. After the visitors made it 2-2, he then re-emerged to score a 93rd-minute winner.

The elegant midfielder claimed an assist and a chipped finish in the 3-0 win at Oldham but it was against Liverpool’s youngsters that he really shone, indulging in a spot of shooting practice, hitting both post and bar with efforts before finally curling home a beauty.

The hard-working midfielder made an impact in all three of his side’s fixtures, allying industry to an eye for a pass as well as his delivery from dead balls. He scored with a fierce drive at Scunthorpe and with a stunning long-range winner against Sunderland.

The Ipswich winger took advantage of playing time in the competition to showcase his predatory instincts and score his first goals for the club. He used his ability to find space between defenders to score both goals in the 2-1 win over Tottenham and reacted to slide home against Gillingham.