The Leasing.com Stadium: The home of the champions

Macclesfield FC have won the NWCFL Premier Division title, following a 4-0 victory against Ashton Athletic at the Leasing.com Stadium. 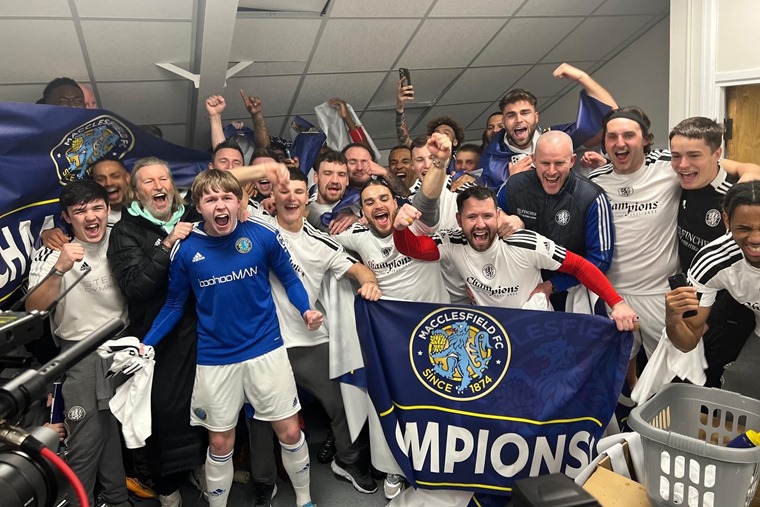 A double from James Berry, one from Tom Clare and Neil Danns saw the Silkmen crowned champions in front of 4,604 ecstatic fans at the Leasing.com Stadium.

Following the victory, Macclesfield wrote on Twitter: "Once upon a time, not so long ago we were broken, staring into the abyss and without a club to call our own."

| Once upon a time, not so long ago we were broken, staring into the abyss and without a Club to call our own.

But now, each and every one of those who never stopped believing is a CHAMPION!

For coverage of the victory, watch BT Sport’s report below.

Next season the Silkmen will play in the eighth tier of the English football league system - the Northern Premier League Division One West.

Back-to-back promotion? Why not.