Following the launch of its all-new hatchback, Mercedes has expanded the updated A-Class range further with the addition of the Saloon. 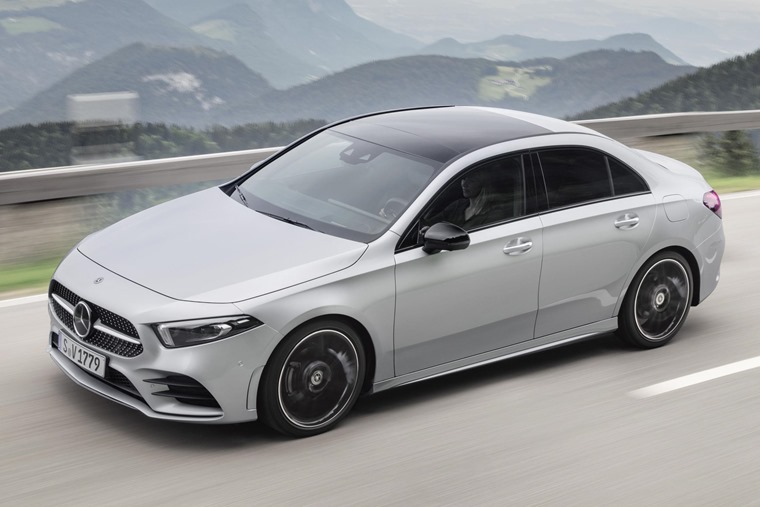 A long-wheelbase version designed for the Chinese market was unveiled back at the Beijing Motor Show, but the photos you see here are of the European-bound version that’s set to go toe-to-toe with the Audi A3 saloon. Here’s everything you need to know. 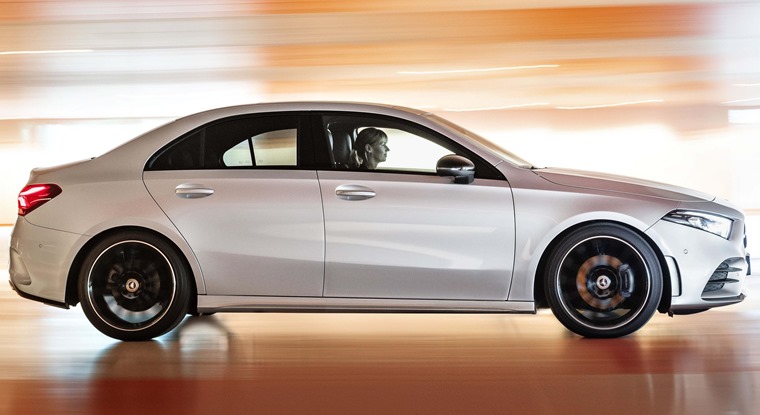 Over 4.6 metres in length, the A-Class Saloon isn’t far off the current C-Class saloon, which also measures up at under 5 metres.  Front-on, the saloon is identical to the hatch, featuring the same low, raked bonnet and sleek headlights. 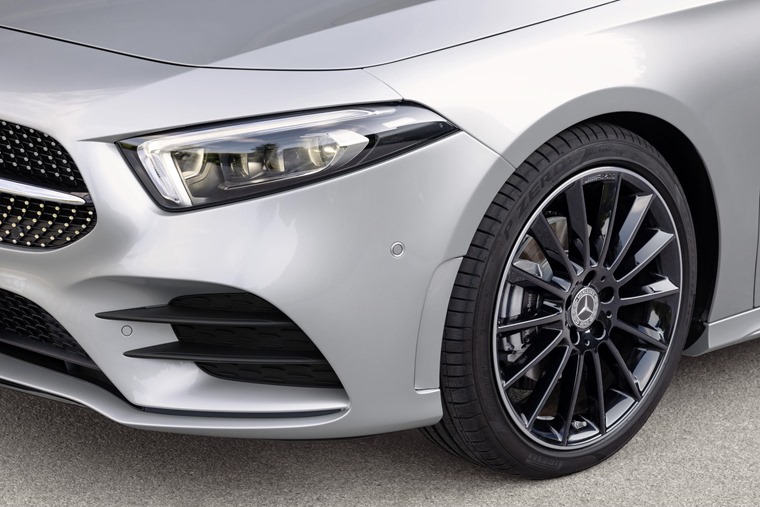 At the rear, however, you’ll find that all-important boot which incorporates a more elegant roofline. The eagle-eyed will spot that the tail lights and bumpers are almost exactly the same too, but courtesy of the roofline it looks substantially different to the hatch.

Mercedes says the new shape is not only more aerodynamic than the hatch, but thanks to its 0.22 cd, it’s the most aerodynamically efficient car currently in production. 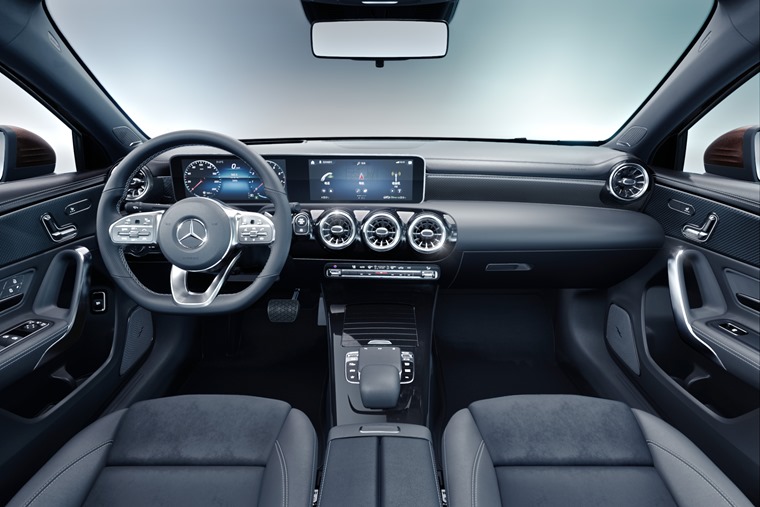 In the cabin, you’ll find the same tech and trim as the hatch, with the most prominent feature being the free-floating screens that dominate the dashboard. Their size depends on trim level, but even basic models feature two vivid 7in monitors. Higher models will benefit from one or two larger 10.25in screens. Whichever one you go for however, you won’t be disappointed. 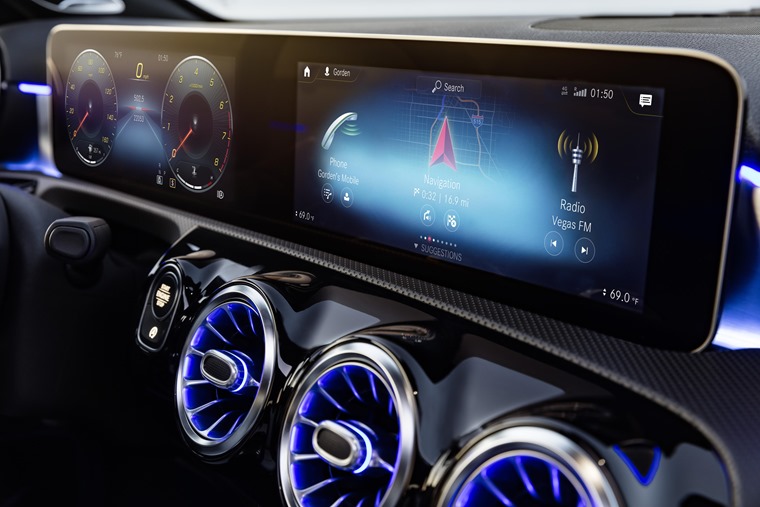 The screen integration is much-improved compared to the old A-Class and, thanks to the sleek heater panels and jet-fin style air vents, this has to be one of the best interiors in this segment of the market.

Mercedes’ latest MBUX infotainment system is present, meaning functions can be controlled via steering wheel and centre console touchpads, as well as the touchscreens themselves. 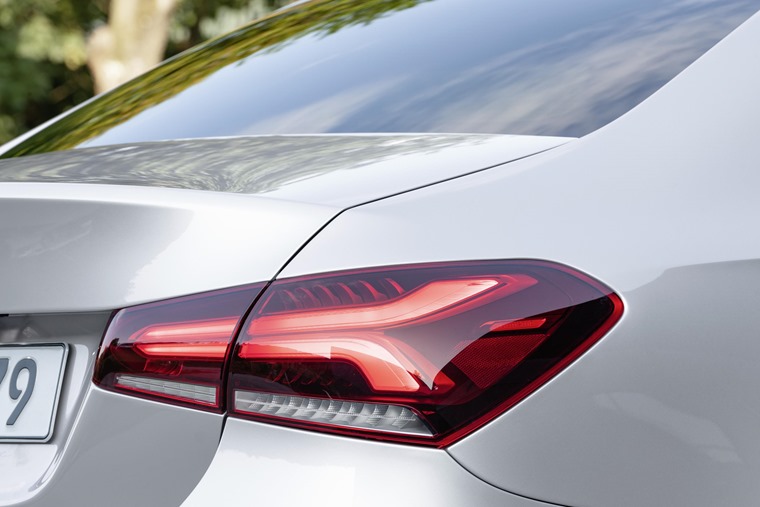 That sloping roofline is likely to impede on rear passenger’s headroom, but it’s better news in the boot, where you’ll find 420 litres of luggage space – over 20 litres more than the hatchback. We’ll have to wait and see if the slightly smaller European version can match this.

From launch, two engines will be available: an A200 petrol and A180 diesel. The former gets a 1.3-litre turbo that produces 163bhp and 250Nm of torque, while the diesel manages 116bhp and 260Nm of torque. Economy is impressive for both units, that can muster 51.4mpg and 68.9mpg respectively. 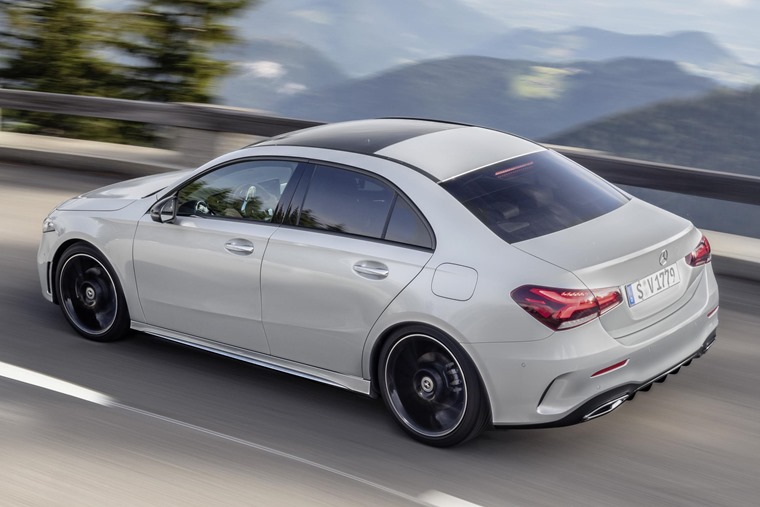 Like its hatchback counterpart, safety tech has been ramped up on the new A-Class range, meaning all trims feature Adaptive breaking, while other driver assist packs such as Attention Assist can be specified as an option.

The first A-Class Saloons are set to hit UK roads in spring 2019. In the meantime, you can check out our review of the A-Class hatchback or, if you can’t wait for the Saloon, why not consider the similarly sized CLA instead?