Say hello to the all-new Mercedes-Benz C-Class. It’s been revealed in Saloon and Estate form, with both featuring an extensive redesign, mild-hybrid tech and an all-new interior. 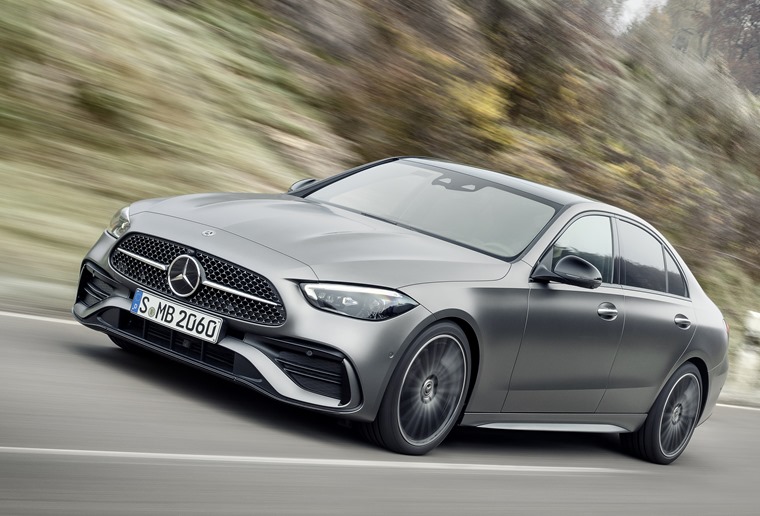 The changes on the outside aren’t drastic, although the reworked front end and swoopy rear end bring it in line with Mercedes cars such as the latest E-Class and CLA.

The headlights are slimmer than before, while the all-new grille gives the car a more imposing look from the front. You’ll find a range of new alloy wheels to choose from (17in to 19in), while the side profile makes the car seem lower than before.

At the rear, a tapered pair of tail lights reflect the designs seen on the CLA and CLS, while a reworked bumper including some large fake exhaust tips also make an appearance. 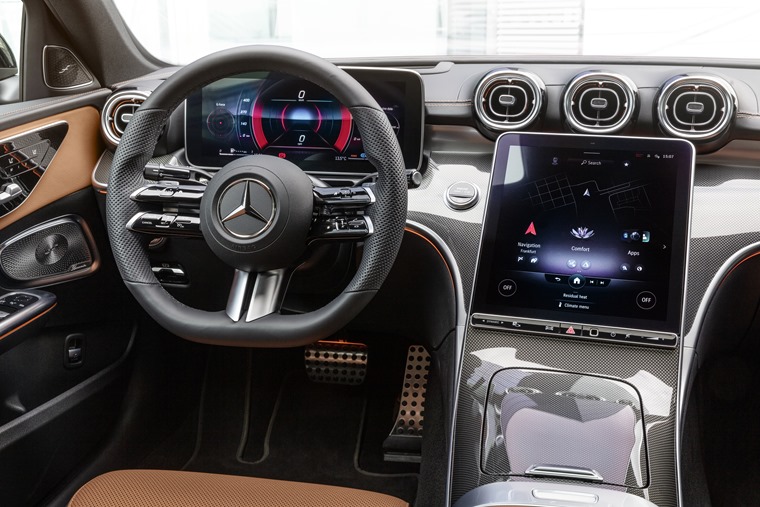 If you’re a fan of screens in your car, you’ll love the new C-Class. It’s an all-new design, although the overall look, feel and tech has been carried over from the much more expensive E-Class and S-Class models.

A 10in touchscreen infotainment system raises out of the centre console and fits seamlessly into the reworked dash design, where you’ll find Mercedes’ usual array of intricate air vents and top-notch soft-touch plastics.

The screen can also be had in a larger 12in format, although the portrait design and excellent interface means you needn’t bother really. You control most things via interacting with the screen including the climate control, infotainment, smartphone integration and other functions. 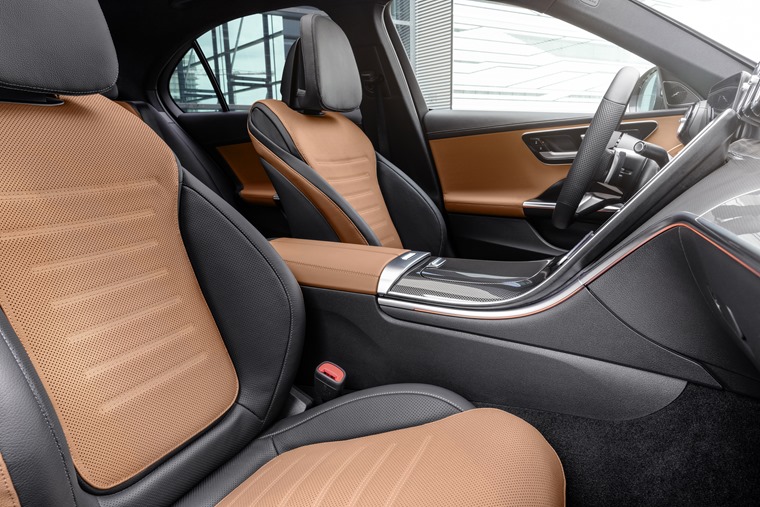 It comes as standard with Mercedes’ MBUX system, which has a very effective voice command system that works like Amazon’s Alexa.

Away from the infotainment system, other tech includes semi-autonomous driving aids. These allow the car to control itself under certain circumstances. What with this being a car built for the autobahns, it can carry out these functions at up to 130mph.

It’s all down to a very clever adaptive cruise control system, which works with sensors and cameras to adjust the car’s speed and direction according to the environment. 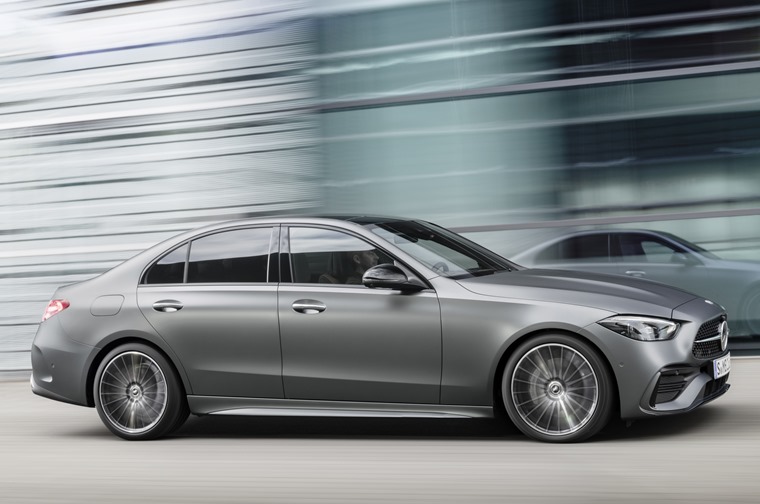 From launch, you’ll be able to spec the C-Class as a petrol, diesel or plug-in hybrid. The petrol models range include the 1.5-litre C180 and the C200. They both use the same engine, but produce 170hp and 205hp respectively. The most potent petrol none-AMG petrol model is the C300. This produces around 260hp.

All of these motors feature mild-hybrid tech as standard, and come fitted with a nine-speed automatic gearbox. If you want a fully fledged plug-in model, you’re also well catered for: the C300e uses the same small petrol motor as the other cars, but combines it with an electric motor and battery pack. Mercedes says it’ll manage around 60 miles on electric only power. 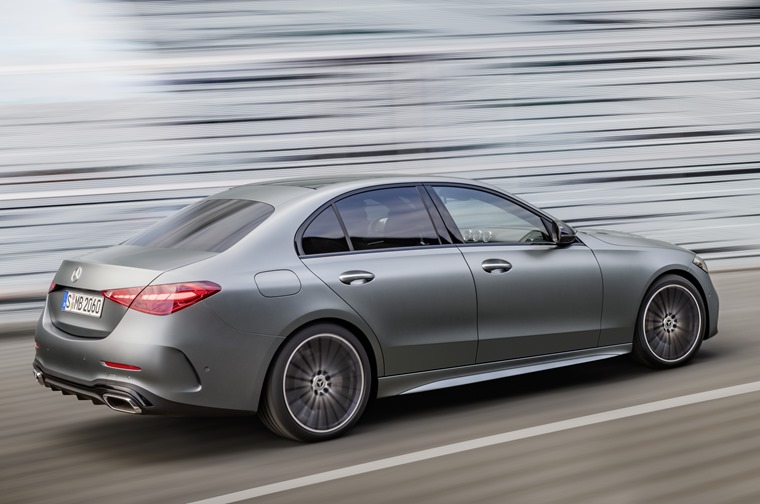 We’ll have to wait to hear the UK release date for the new C-Class, but order books are likely to open towards the end of the year. Expect list prices to remain the same as the current model – from approximiately £38,00.

We’ll bring you more info and the best C-Class leasing plans as and when they are revealed.