Lease deals on the all-new Mercedes-Benz GLB are now available, with customer deliveries expected in the new year.

Slotting in between the compact GLA and the GLC SUV, the GLB gets styling that breaks away from Mercedes SUVs that have gone before it and is aiming to take on the new Range Rover Evoque and Volvo XC40. Has this been the missing link in the Mercedes line-up?

At 4,634mm long and 1,890mm wide, it’s not the most compact of vehicles, considering that’s what it claims to be. Its squared off shape has a touch of the G-Class about it, although overall you should consider it a mini-GLS rather than a mini-G-Class: in all other regards the details are much more modern and fits the bill with an Evoque alternative. 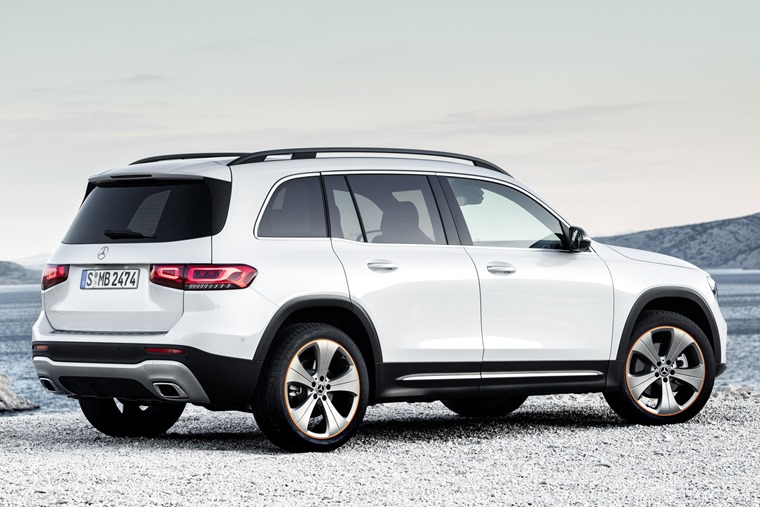 The GLB is available with seven seats as standard across the range, with the exception of the GLB 220 d 4MATIC AMG Line Premium which can be specified with five seats. 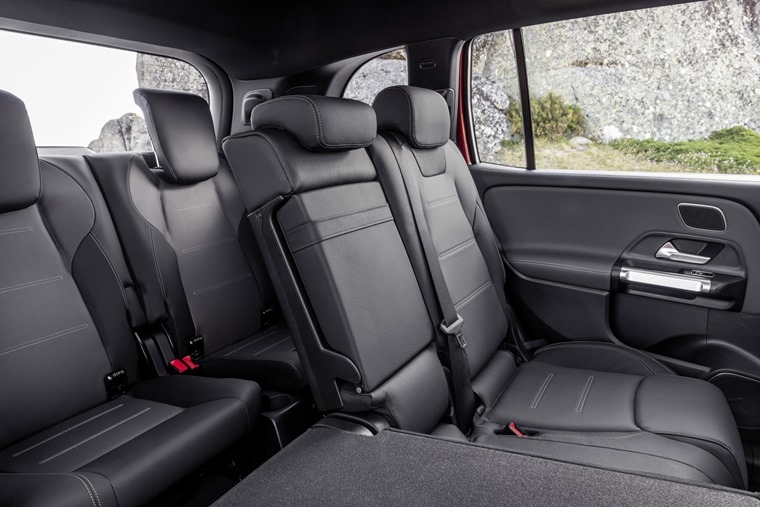 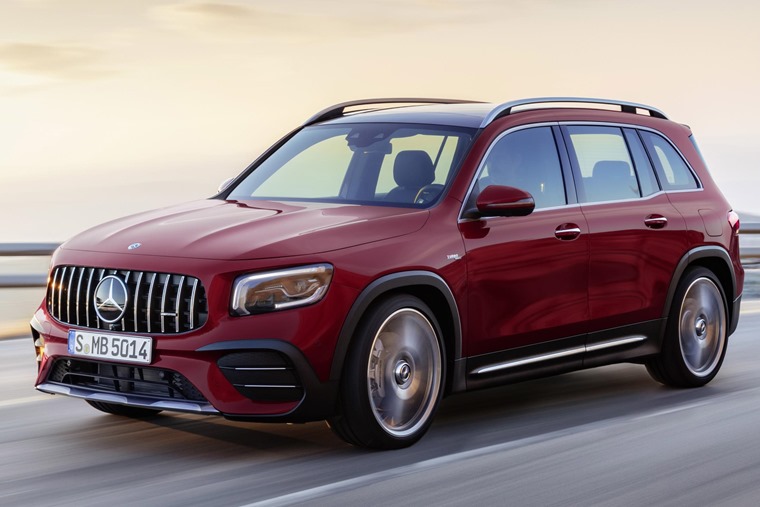 The AMG GLB 35 (in red) gets the same 306hp turbocharged four-cylinder as the AMG A35. Producing 400Nm, it gives this crossover a 0-62mph time of 5.2 seconds. It features the AMG-specific drive program, featuring Slippery, Comfort, Sport, Sport+ and Individual modes.

The driving modes are linked to the AMG DYNAMICS agility control, which means that the handling characteristics can be even more closely matched with different requirements and driving conditions. 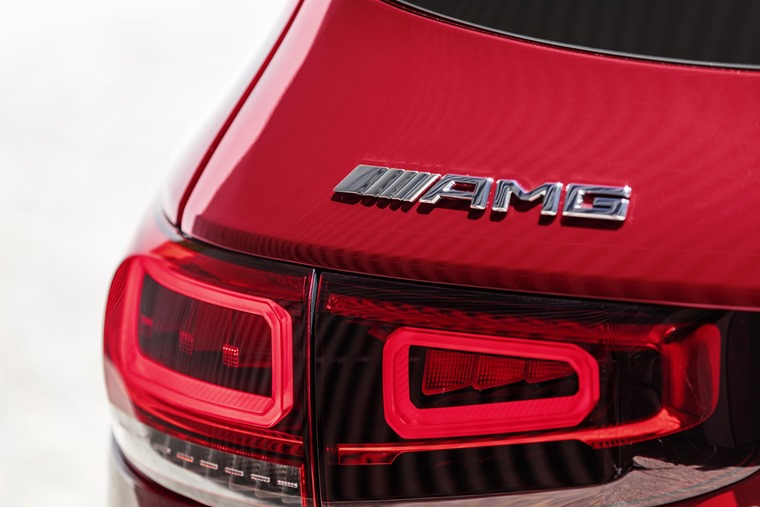 Mercedes is making some of the classiest interiors around at the minute, and the GLB is no exception. The dashboard is dominated by the MBUX infotainment system, which can be specified with two screens. Expect the usual exceptional levels of quality too, with neat turbine-style air vents and aluminium trim.

Aside from the tech and usual Mercedes quality though, the most impressive thing about the GLB is its practicality. Despite its relatively compact dimensions, it’ll be available as a seven seater as well as a five. And thanks to that boxy look, it’s fair to say headroom won’t be an issue, particularly compared to something like an Evoque. 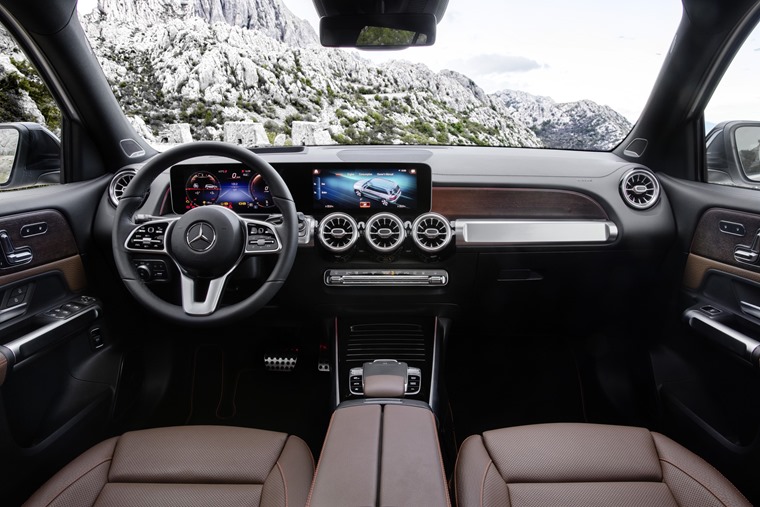 In the seven-seat version, four of them (two in the middle row and two in the rear row) will feature Isofix points for child seats. There’ll even me USB-C charging points in the rear-most row, too.

Meanwhile, five-seat versions get a generous 560-litre boot as standard – that’s almost 100 litres larger than a Range Rover Evoque. Adding further to its practical nature, the middle seats split in a 40:20:40 fashion, making it even more versatile. 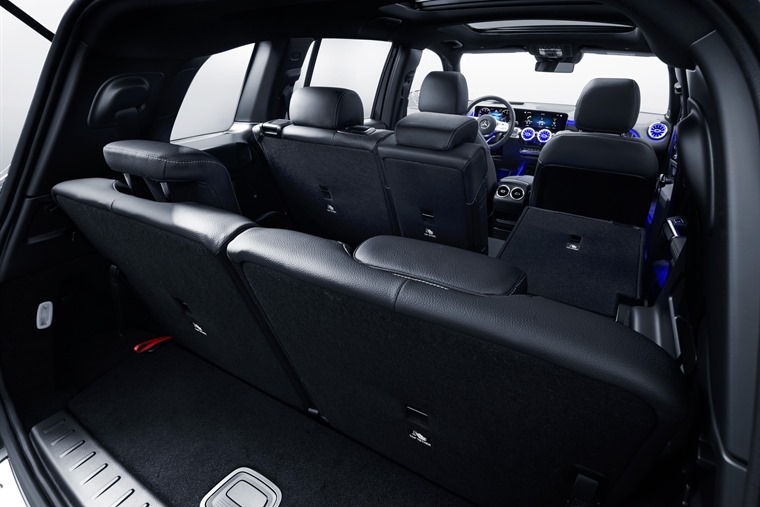 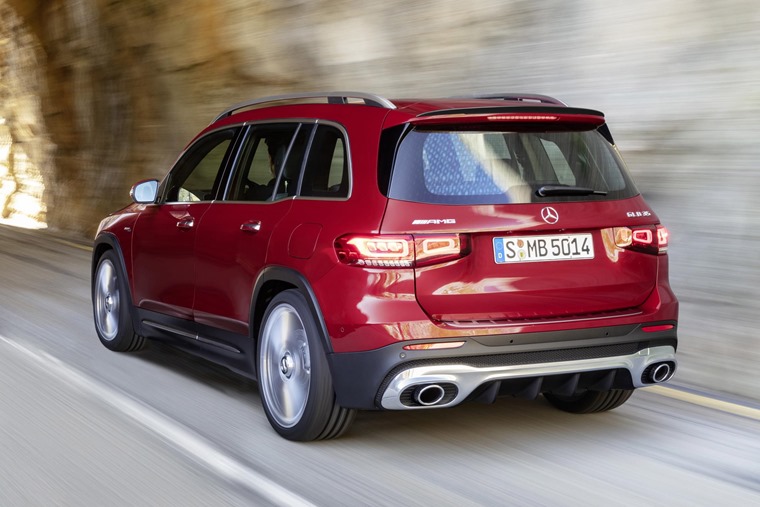