Leasing plans for the new Peugeot 308 hatchback and estate are available now. Featuring an all-new design, the pair of new models get two plug-in hybrid drivetrains too.

Click on the button below to compare prices now, or read on for everything you need to know.

The new 308 is yards ahead of the outgoing model in the looks department. The new car takes all the best design elements of the 508 saloon and 3008 crossover and wraps the neatly into a Golf-sized hatchback.

Up front there’s a striking grille design that sports the all-new Peugeot badge. A pair of slim headlights can be found either side, flanked by Peugeot’s sharp-looking daytime running lights.

To the side, there are sharper creases than we’ve seen on the 308 before and, thanks to an 11mm boost in length, it has more presence than the outgoing car too.

At the rear, you’ll find the same claw-like tail light set-up as on other recent Peugeot models. A rear bumper with a large contrasting diffuser sets the look off nicely.

The estate version of the 308 is called the SW, and while it shares the same distinctive face and curves of the new hatch, at the rear you’ll find a third side window and longer roofline.

The look is finished off by a set of LED tail lights and a slightly different trim design to the hatch. The tail gate is electric, which when raised will reveal a 608-litre boot; that’s more than 30 litres more than the hatch.

On the inside, changes are equally as drastic. Although if you’ve been in a new Peugeot lately, the overall look and feel will be familiar.

The 308 can be ordered with two different infotainment systems: i-Connect and i-Connect Plus. As standard, i-Connect gets a 10in unit featuring Peugeot’s latest system that is compatible with Android Auto and Apple CarPlay. i-Connect Plus gets a TomTom navigation system with a widescreen view. 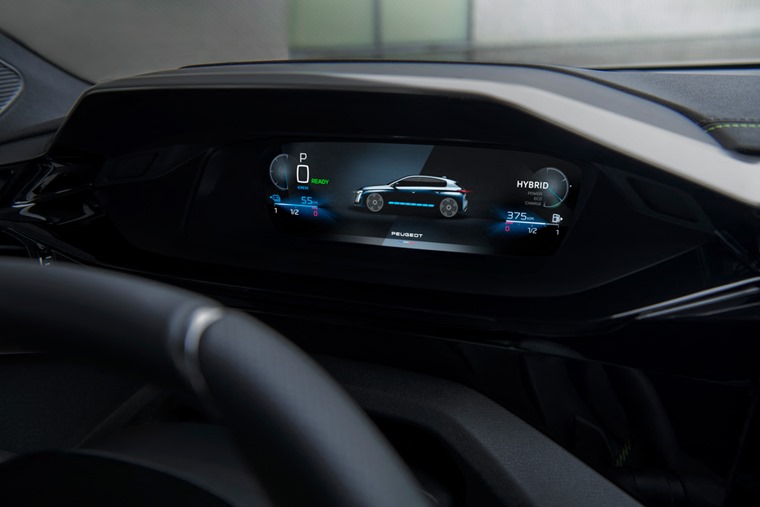 In front of the driver you’ll find the newest version of Peugeot’s i-Cockpit. This replaces traditional analogue dials with a digital display. It gets snazzy new 3D-style imagery, similar to that used on the new 208.

The entire cabin is also more upmarket than before. Options include leather upholstery, electrically adjustable massaging seats, while wireless charging and a clever air filtration system feature as standard.

Being slightly larger than before means there’s more room inside too. There are plenty of cubby areas, while the boot now offers 412 litres of space. That’s more than both the Volkswagen Golf and Hyundai i30 – two key rivals.

Peugeot is also introducing its new Drive Assist 2.0 on the 308. This offers a range of semi-autonomous driving features aimed at improving safety and offering a more relaxed driving experience.

The package includes stop-and-go adaptive cruise control, lane-keep assist an automatic high-beam system. It’s worth noting that this will only be available on automatic models though.

From launch, you’ll be able to choose between two petrols, two plug-in hybrids and a sole diesel option.

The entry-level petrol model is a 1.2-litre turbocharged unit producing 110hp. The other option uses the same engine, but is tuned to produce 130hp. They come with a six-speed manual as standard, although the more potent version is available with an eight-speed automatic gearbox.

The plug-in hybrids produce 180 and 225hp respectively. They use a 109hp or 1hp petrol engine combined with an electric motor. Both offer up to 37 miles of battery-only power and are likely to prove a popular choice.

Via a wallbox charger, they can recharge in less than two hours. A single diesel option remains available: a 1.5-litre turbo unit that’s available exclusively with a six-speed manual gearbox. 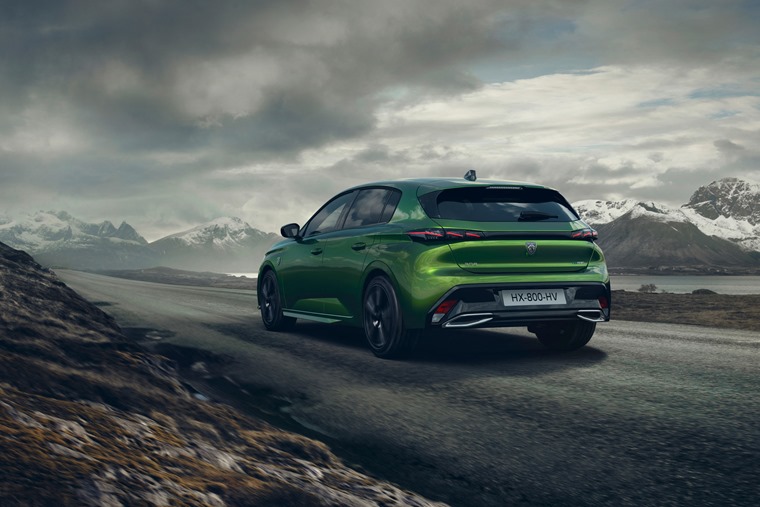 Available to order right now, you can compare the best Peugeot 308 lease deals by hitting the button below.