Say hello to the Polestar 02 concept – a fastback two-door electric vehicle that hints at what we can expect a future coupe to look like from the Swedish brand. 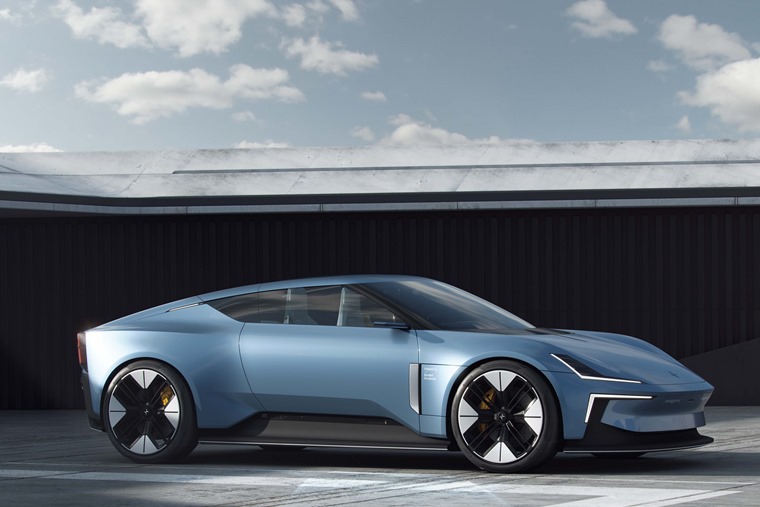 Ok, this car is still a concept. But there are some big hints at what we can expect a coupe-themed Polestar to look like when one eventually launches – probably in 2024.

Many of the 02’s styling elements have been carried over from the Polestar Precept, with a similar front end. There’s a pair of angular headlights, and rather than a grille, the 02 gets a clean, minimalist look with a large, curvaceous bumper up front.

Side on, it’s equally as stunning, with a tapered window line and a fabulous set of alloy wheels. From the rear, a full-width tail light set-up is present, with the styling designed to highlight the large and airy cabin – that’ll likely be a hard-top that folds down, or a single glass panel. 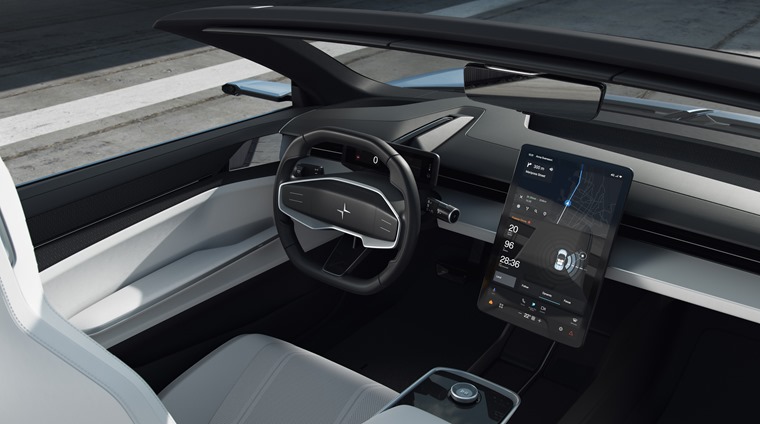 Again, the 02 borrows lots from the Precept concept, with a very similar set-up. There’s a huge portrait infotainment system in the middle of the dash (much like the current Polestar 2) while a sport steering wheel incorporates controls.

A central control is also visible in the centre console, and likely to be the gear selection dial. As for space, despite the two-door design this is a four-seater car, with enough space to sit in the back comfortably. 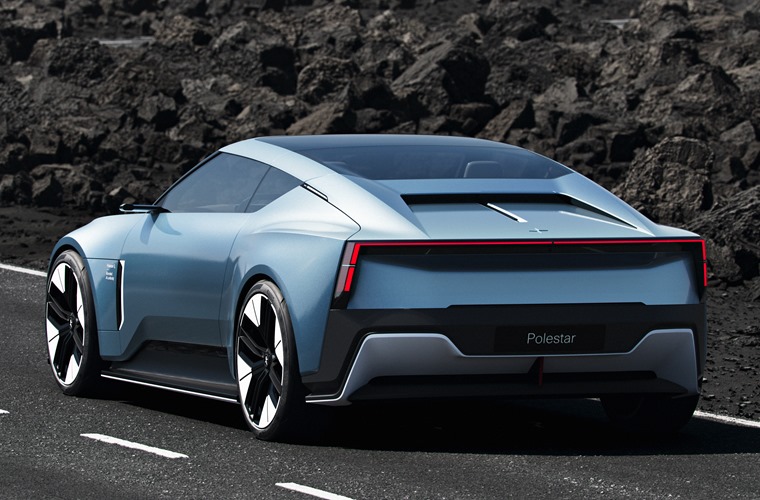 There’s been no word on the powerplant of the 02 yet, although it’s likely to mirror upcoming Polestars – that’s to say an all-electric platform with all-wheel drive. We reckon range will be somewhere between the 300 and 400-mile mark.

The car is very much focused around the use of sustainable materials, and the platform is based on a bespoke aluminium-based design. We’ll bring you further details on the 02 concept as and when they’re revealed. In the meantime, you can check out leasing plans on the Polestar 2 right now below.