Renault has revealed pricing and specs of the all-new Captur, which will be the manufacturer’s first attempt at a plug-in hybrid.

The Captur is priced from £17,595 OTR, (£30,495 for the plug-in hybrid) with first customer deliveries expected to start from September 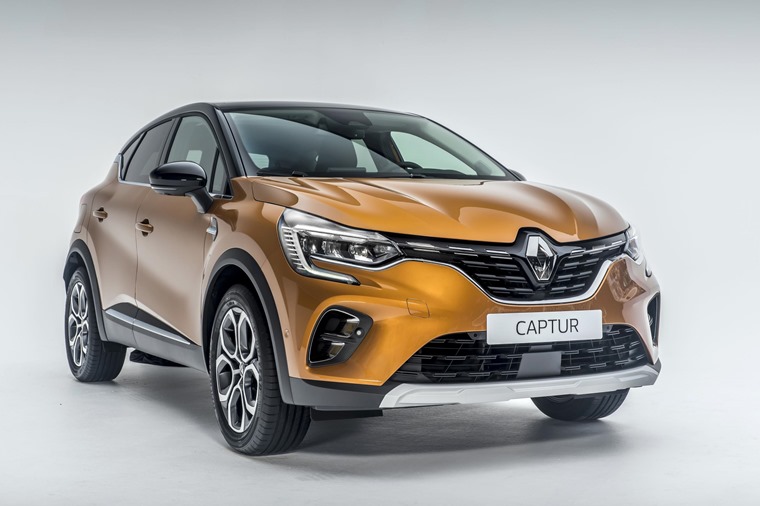 Described as a more modern, more muscular and more expressive with more SUV design cues, the small crossover is significantly larger than the outgoing model with 110mm added to its length and boot capacity increased to a vast 536 litres.

At the front, the bumper features two wide air deflectors to help limit drag and improve fuel consumption. The all-new Captur also features a wider grille with elements running into the LED headlamps. These are fitted as standard along with Renault’s trademark C-Shape daylight running lights. 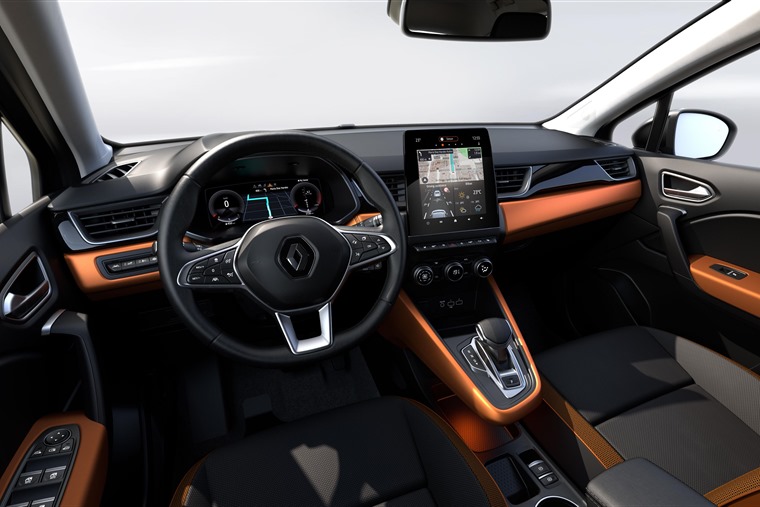 Perhaps the biggest changes are on the inside, with the interior benefitting from a complete redesign. The Smart Cockpit layout is angled slightly towards the driver with a new 7in or 9.3in portrait infotainment system taking pride of place depending on the spec.

This floating unit is slightly curved for ease of use and frees up space for a wireless pad for smartphone charging. A 7 or 9.3-inch digital display rounds off the Smart Cockpit depending on the spec, replacing analogue dials.

New features on the all-new Captur include the option of a 360-degree camera and active emergency braking with cyclist and pedestrian detection, both of which are firsts in the Renault range.

With the launch of the new Captur, Renault has introduced a straightforward line-up of three trim levels to choose from.

Captur Play (£17,595) is the entry-level model and features 17in steel wheels with hubcaps, automatic windscreen wipers, automatic climate control, a leather-trimmed steering wheel, a 4.2in TFT monitor and a seven-inch infotainment system with support for Apple CarPlay and Android Auto.

The top of the range model, Captur S Edition (£20,595) ups the ante with a set of 17in diamond cut alloys, front parking sensors, automatic headlamps and a reversing camera. The interior gets an upgrade to with synthetic leather upholstery, ambient lighting, a seven-inch digital instrument cluster and the larger 9.3in infotainment system.

Three petrol and two diesel engines will be available at launch, with a plug-in hybrid joining the line-up later in 2020.

A 100hp three-cylinder 1.0-litre TCe is the entry-level engine and comes with a five-speed manual gearbox, while mid-level offers a four-cylinder 1.3-litre TCe engine with 130hp and either a seven-speed auto or six-speed manual.

At the top of the petrol range is a 155hp version of the 1.3-litre engine offering 270Nm of torque via a seven-speed dual-clutch auto gearbox.

The two diesel options feature a four-cylinder 1.5 Blue dCi engine with 95hp and 115hp. Both are available with a six-speed manual, while the seven-speed auto is offered on the 115hp version.

The Captur Plug-in Hybrid uses a 1.6-litre petrol engine alongside a 9.8kWh battery driving two electric motors, enabling an all-electric driving range of 30 miles (WLTP) and total power output of 160hp. This makes it ideal for short, zero-emissions journeys around town, while the petrol engine is perfect for more extended longer journeys.

When making full use of the battery and electric motor, it’s capable of up to 188.3mpg and 33g/km of CO2. Top speed in all-electric Pure mode is 84mph, with an acceleration from zero to 62mph in 10.1 seconds.

The PHEV has a sliding rear bench allowing that allows owners to adapt the rear passenger compartment and boot space. The maximum boot volume is 379 litres, with a compartment for charging cables beneath the boot floor.