Given the style it exudes, the BMW 2 Series Gran Coupe is a premium worth paying. From the performance to the equipment, it's got it all. If you think the BMW 1 Series is just a little bit too sensible, but you’ve grown up enough to realise that a low-slung coupe just isn’t practical enough, then the all-new BMW 2 Series Gran Coupe might just fit the bill

Purists should look away now, though. Gone is any sign, at least for now, of a super-smooth six-cylinder engine, and the driven wheels are at the front rather than the rear. For the rest of us, such matters don’t make much difference as we crawl along the M6 or M25. 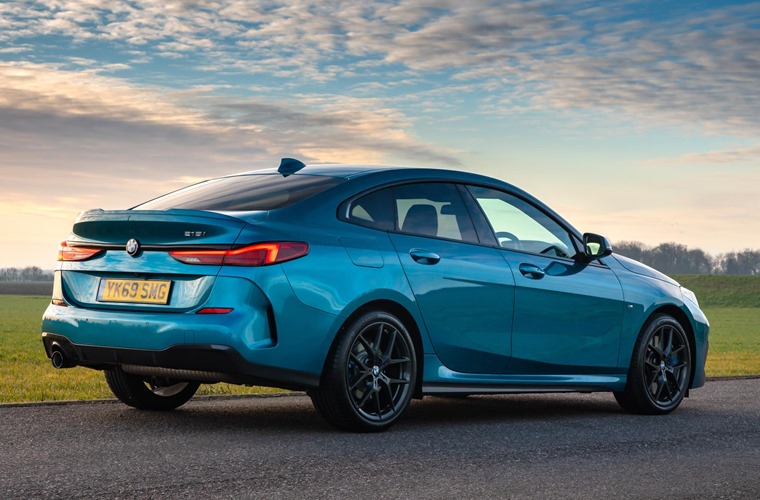 Look underneath and you’ll find the new 1 Series in its entirety. It’s got the same chassis, wheelbase, width, engines, gearboxes and all the other bits, but BMW has wrapped them in an elongated, coupe-like body while retaining four doors for practicality.

This is, arguably, the finest handling front-drive car we’ve seen

Despite that dramatic silhouette, the Gran Coupe is ultimately a sensible motor, which is why my first experience is with the 1.5-litre three-cylinder model, badged as the 218i. This petrol-powered model gives a healthy but not earth-shattering 140hp, and promises that the 0-62mph dash can be dealt with in 8.7 seconds. 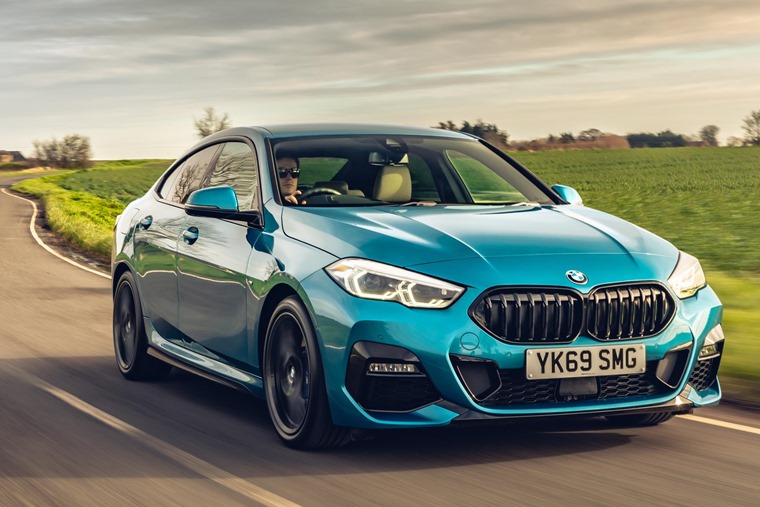 It’s got style, enough performance to cope with, plenty of equipment, and enough space.

That potent-enough-performance masks the lack of low-down pull, which means pulling out of a junction can be a stressful affair until the gearbox realises what’s going on, the engine revs rise, and the power is unleashed. Likewise, overtaking needs planning as, once you’re rolling at decent speeds, there’s not a huge amount spare to cover unexpected demands.

I certainly don’t mean to damn the GC with faint praise, as the performance levels are perfectly acceptable assuming you plan ahead at least a little bit. However, some might expect a little more, especially when the car is presented in M Sport specification complete with skirts, spoilers and lowered suspension. 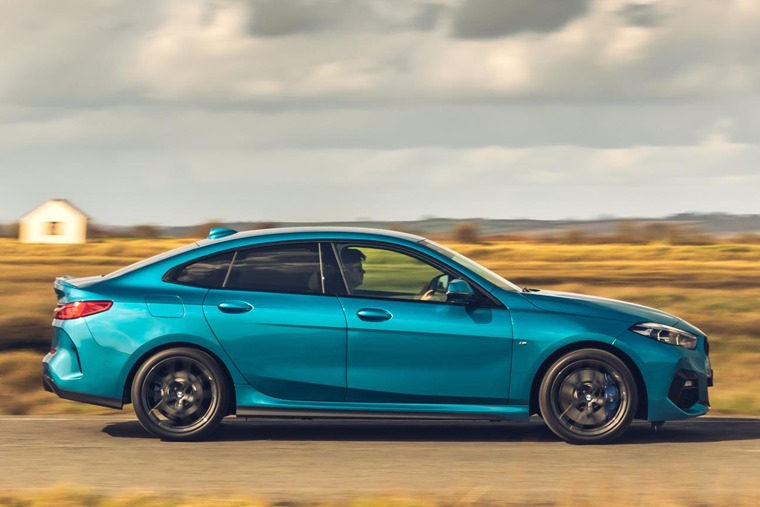 That hints at how well it handles though, which is superb for a front-wheel-drive car. Actually, it doesn’t really need that caveat as this is, arguably, the finest handling front-drive car we’ve seen. Even a seasoned pro would struggle to tell until things got seriously close to the edge of the car’s ability. It’s wonderfully neutral, refusing to understeer as you might expect, and offering a thoroughly reassuring hold on the road.

[The] dashboard is really rather good. It’s built well, is covered in plenty of soft-touch plastics or leather, and includes some useful technology

It’s firm, as any M Sport model will be, but takes the edge off the most serious of potholes to present a ride that’s perfectly acceptable. The Sport (no M) will be smoother, but I can’t imagine the difference would be significant. 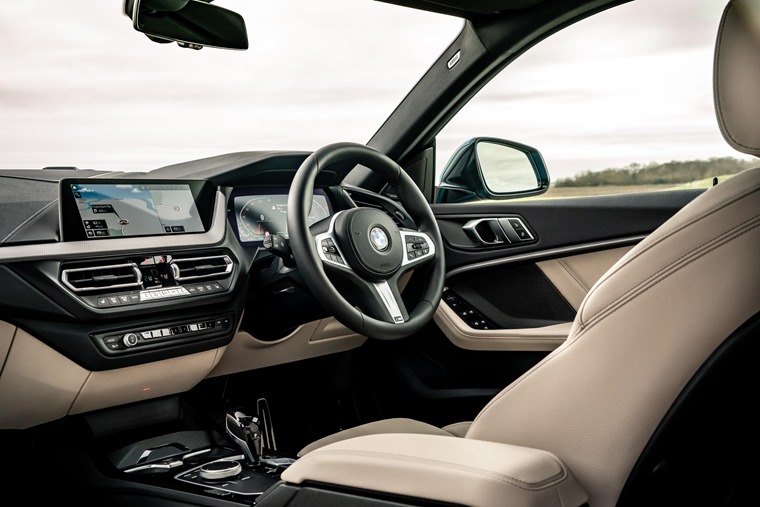 The iDrive infotainment system is one of the best in the industry, with an easy to use rotary controller between the front seats.

Step inside the Gran Coupe and you might not initially spot the difference between this and the 1 Series upon which it’s based. There’s a good reason for that as it’s been lifted in its entirety from the 1, with no changes made to make it feel more sporting.

That’s not a bad thing though, as the 1 Series dashboard is really rather good. It’s built well, is covered in plenty of soft-touch plastics or leather, and includes some useful technology - there’s a 10.25-inch infotainment screen on M Sport models that includes DAB radio, navigation and, finally, Apple CarPlay without needing a subscription. Android Auto is missing but will appear in the summer with early buyers getting a software update. 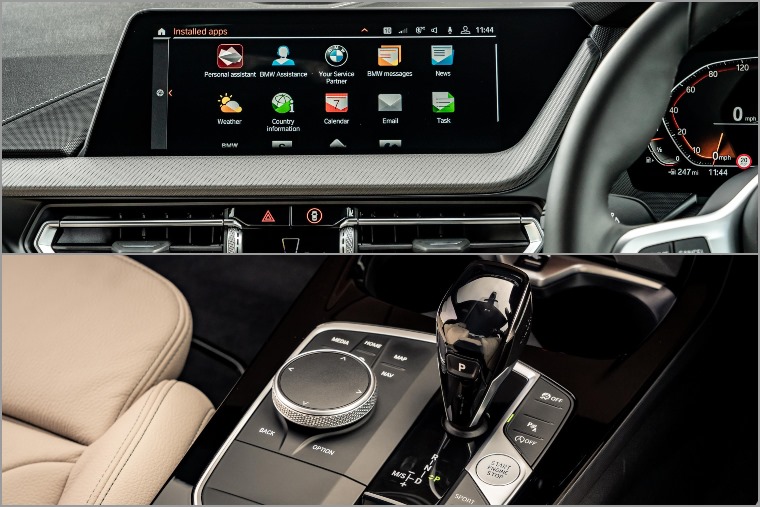 The iDrive infotainment system is one of the best in the industry, with an easy to use rotary controller between the front seats. It’s easier to use than a touchscreen, especially when moving, thanks to clear graphics and an obvious menu structure. The same can’t be said about the digital instrument panel in front of the driver, where there’s far too much information presented in an unclear fashion. Traditional dials certainly wouldn’t go amiss.

Space is the same as you’ll find in the 1 Series, more or less. Despite being quite a bit longer than the 1, the Gran Coupe shares the same wheelbase so there’s no room to expand legroom in either the front or the rear, but there is plenty available in the first place. You do lose some headroom in the back, thanks to the raked roofline, but it’s nothing anybody will worry about for a short journey. 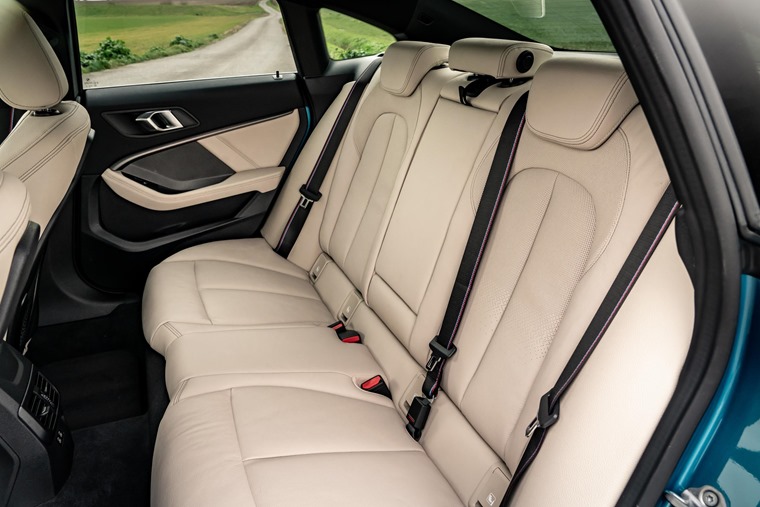 It’s got style, enough performance to cope with, plenty of equipment, and enough space. It’s also frugal, promising up to 44.8mpg, and emits 114g/km of CO2 which means a BIK rate of 27% from April. A list price of just a few hundred pounds more than the 1 Series also makes it good value if you prefer style over outright function, with strong residuals ensuring leasing rates are strong.

You’ll pay a premium for the 2 Series Gran Coupe but, given the style it exudes and what that might say about you, it might just be a premium worth paying.