Everything feels very high quality - especially the infotainment system, which is all-new compared to previous Land Rovers and much improved. 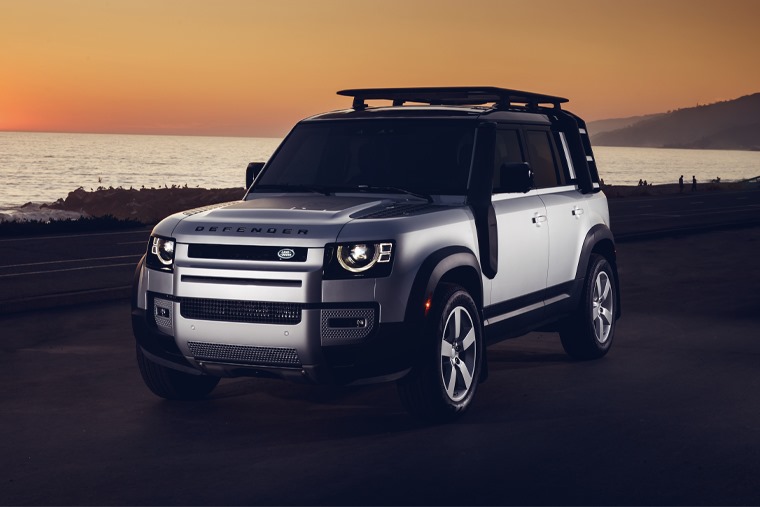 The Defender name is one that can trace its lineage right back to the inception of time. Or, at least, the inception of Land Rover as a manufacturer. As the brand introduced new models, such as the Range Rover or Discovery, it needed a way to refer to its hardworking and basic stalwart. The Series 1, 2 and 3 became the 90 and 110 before, in 1990, becoming known as the Defender.

The Defender car soldiered on until 2016, and remained popular right until the end of its 68-year lifespan - but there are only so many new tricks you can teach an old dog, and crash safety wasn’t one of them in the Defender’s case.

It took four long years to get a replacement, but Land Rover finally delivered - and 2020’s model is a massive departure from its predecessor, with modern underpinnings and a high-tech and comfortable interior. Yet it retains the old car’s sheer off-road ability and a degree of its utilitarian charm.

Despite it being a very capable vehicle, most Defenders will be more destined for Knightsbridge than a muddy field. That means that to succeed, it truly has to be everything from a hardworking mud-plugger to a practical bus for the school run to a limousine for smart parties in the big city. And to a large extent, it succeeds. 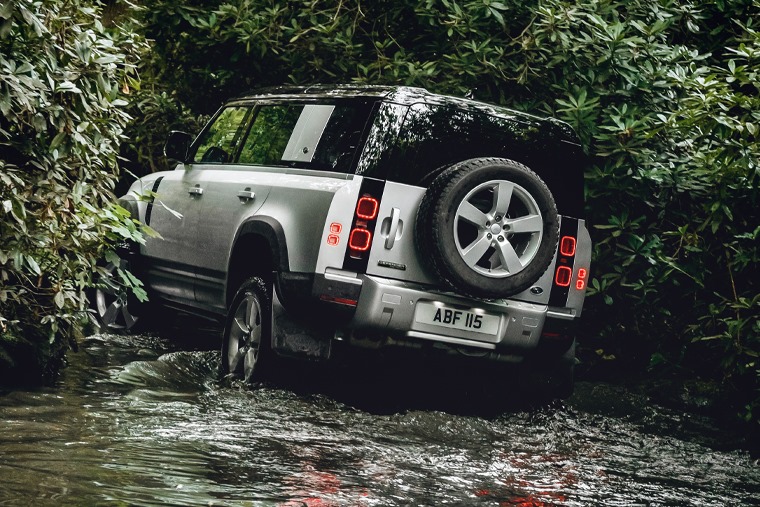 Those thoroughly modern underpinnings, with a lightweight aluminium structure, provide somewhere to attach a range of four-cylinder petrol and diesel engines (though coming soon are replacement six-cylinder units) as well as a plug-in hybrid model.

The popular D240 diesel provides a good blend of power and running costs, returning over 30mpg and with enough grunt to move the bulky Defender along at a fair clip. 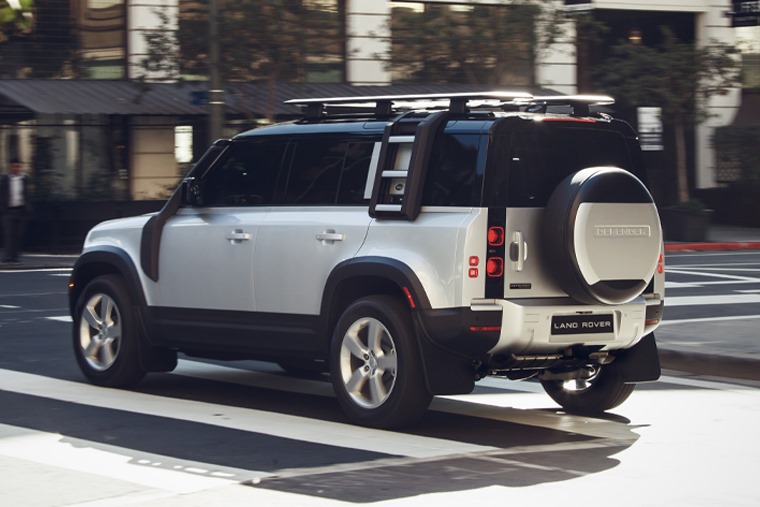 All you really need to do is point the Defender where you want to go and allow it to do its thing.

Of course, off-roading is more about low-down torque than it is top speed and outright power. Added to Land Rover’s famed Terrain Response system, the Defender is near unstoppable in the rough stuff, although our launch route didn’t exactly stretch the car to its limits. There’s not even any need for a great deal of skill - with all the off-road assistance systems turned on, all you really need to do is point the Defender where you want to go and allow it to do its thing.

The story on-road isn’t too shabby, either. The Defender isn’t very quick, even in its most powerful form, but it’ll cruise effortlessly on the motorway and it’s very comfortable while doing so. It’s a little cumbersome around town, however - though you sit high up and enjoy a commanding driving position. 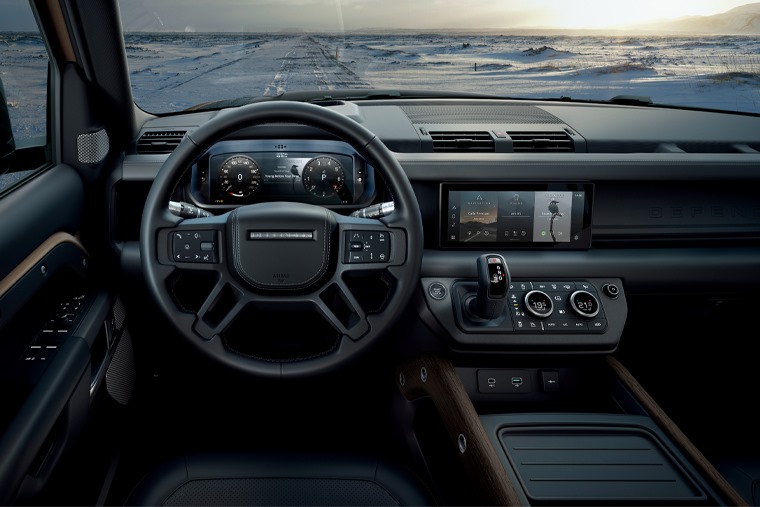 The Defender’s interior is a real highlight. It’s available in two body lengths - named 90 and 110, harking back to the original models - with the latter coming with a longer wheelbase, read doors and a third row of seats. Even the shorter 90 can be specified to seat up to six, however, with the addition of a third ‘jump’ seat in between the driver and front passenger.

It’s very retro-futuristic inside, with an upright dashboard holding both a digital instrument display and widescreen infotainment. There are lots of utilitarian touches too, such as exposed bolts and wide, flat surfaces giving plenty of storage space. 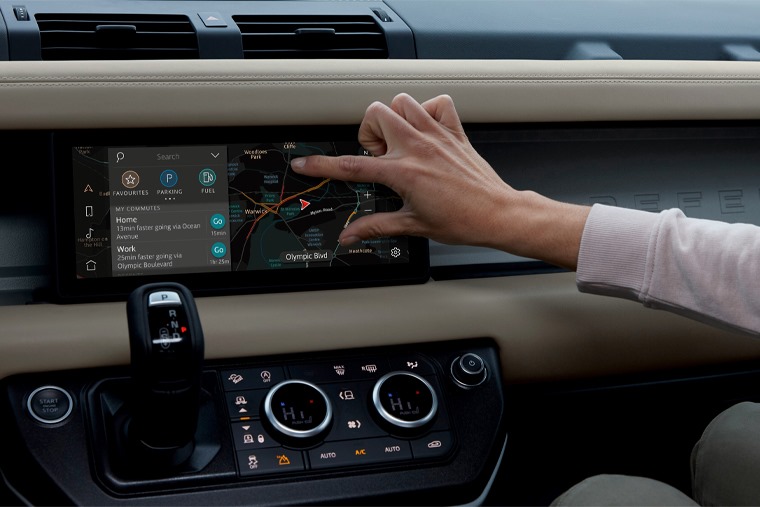 The interface itself is slick and quick to respond to touch.

Better yet, everything feels very high quality - especially the infotainment system, which is all-new compared to previous Land Rovers and much improved. It has Apple CarPlay and Android Auto as standard, while the interface itself is slick and quick to respond to touch.

Rear seat passengers are treated to the iconic ‘safari’ windows in the edges of the roof, while the tailgate is side-hinged with a spare wheel mounted to it. That’s not the most practical of touches, unfortunately, as it limits rear visibility - already compromised by the large headrests for both rows of rear seats - but Land Rover has fitted a digital rear-view mirror to minimise the issue, with a screen fed by a camera mounted high ip on the roof at the back of the car. It’s good, but no replacement for a decent rear view through a mirror. The side-hinged door also requires a lot of space to open behind it in car parks. 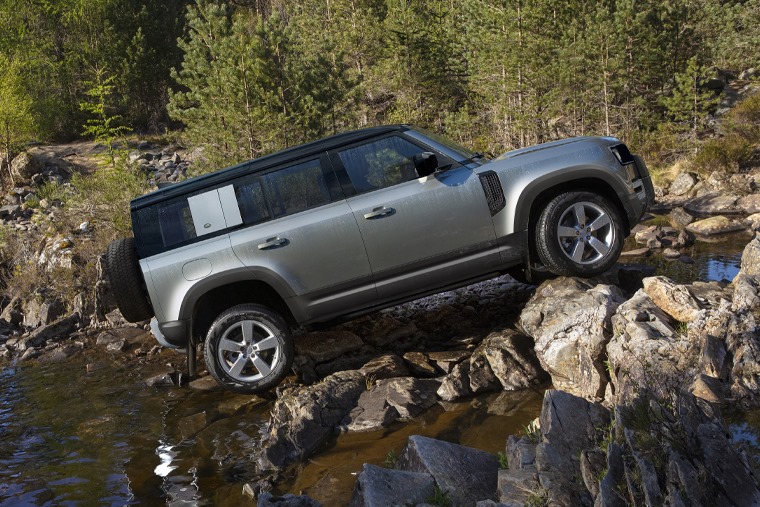 The Defender is a practical family bus, an unparalleled off-roader and a comfortable long-distance cruiser.

Despite that, the Land Rover Defender’s reinvention has been a huge success. Gone are the compromises of the old car, but the character has (mostly) been preserved. Even outside of that, the Defender is a practical family bus, an unparalleled off-roader and a comfortable long-distance cruiser. It does cost a bit, though…