Nicole and Papa are long gone and the all-new Renault Clio is now a car that looks and feels more grown up. The overall effect is that the Clio is now better value than ever and better to drive than ever 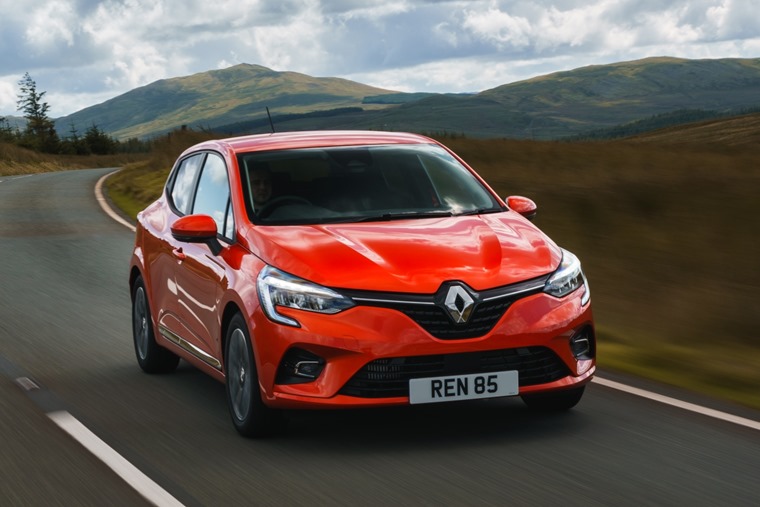 If you read through the our review of the Renault Captur, you’ll already be aware that the Clio, shares most of its mechanical parts. The basic chassis is the same, and the engine and gearbox are shared between the two, and they’re even broadly similar in size.

Tempting as it is to simply copy and paste the same review, replacing the word Captur with the word Clio, I thought I ought to be a professional and give the Clio the chance it deserves. And I’m glad I did.

Set aside memories of Papa and Nicole (that was 28 years ago, you know?) and the positioning of the Clio as a style icon - the latest posters advertising the Renault don’t even show the outside of the new car. Instead, the advert displays a full view of the interior, showcasing a more premium design that is as good as anything else on the market. 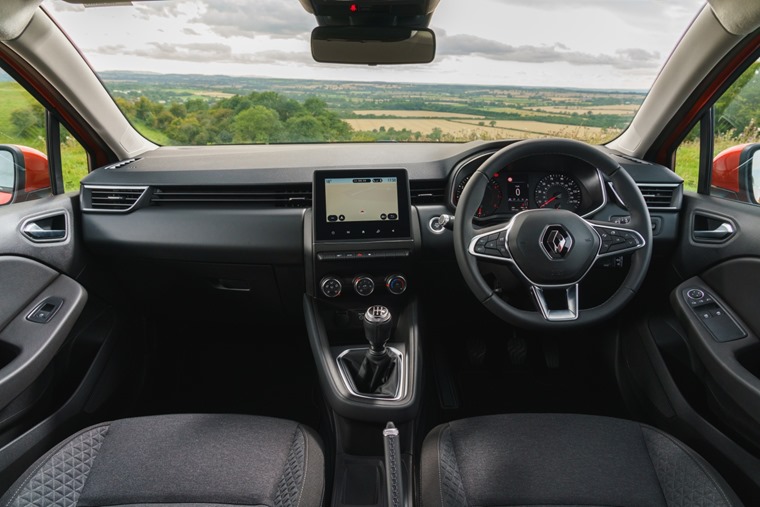 This mid-range Iconic model strikes a fine balance in terms of value and equipment, but it does miss out on the large 9.3-inch infotainment screen that dominates the higher-spec cars. Instead, there’s a seven-inch unit that allows easy access to most things you’ll ever need to fiddle with, including a DAB radio and navigation. It’s not the finest system around, but there’s little to moan about. Anyway, even if you don’t like it you’ll find that Android Auto and Apple CarPlay are present and correct, allowing you to mirror your smartphone applications.

It sits above traditional rotary heating and ventilation controls, and a brace of USB sockets, and it’s all housed in a dashboard that follows a wave-like path across the width of the car. It doesn’t have the floating centre console that the Captur houses, but what is there feels more solid. Material quality is mostly high too, with some clever use of textures and contrasts to add a sense of occasion to the cabin. 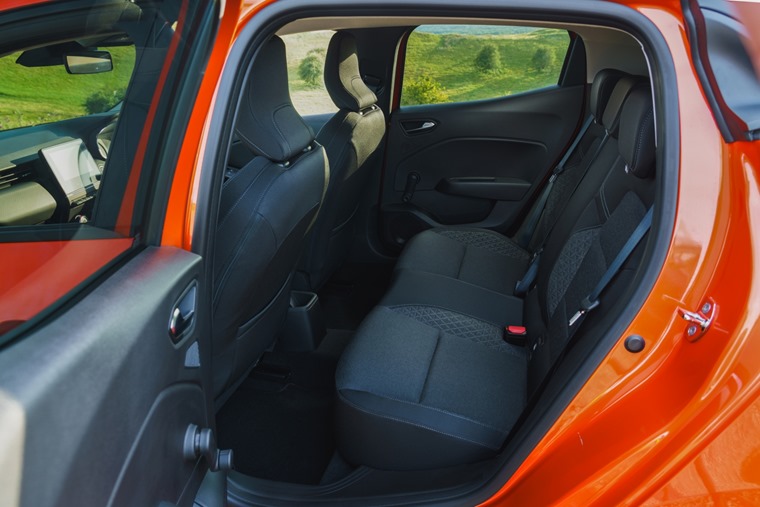 Take it out onto the road and it gets better. Yes, there’s just a tiny little 1.0-litre petrol engine under the bonnet, but the 100hp it produces is enough to have some fun with.

There’s enough space in the cabin for most, although it’s still a little compact in the rear. The boot is huge, taking more load than a Volkswagen Golf can manage, but there’s a high lip to lug heavy items over. The driver’s environment is pleasant enough too, with simple dials and controls, but I’d like to see the seat drop down a little lower.

It’s well equipped for the money, with even the entry-level models getting cruise control, LED headlights, automatic emergency braking, lane keep assist and traffic sign recognition. And that money is a competitive £16,295 for this mid-range model. Strong residual values and low running costs will also appeal to buyers, whether leasing, buying or as company car user. 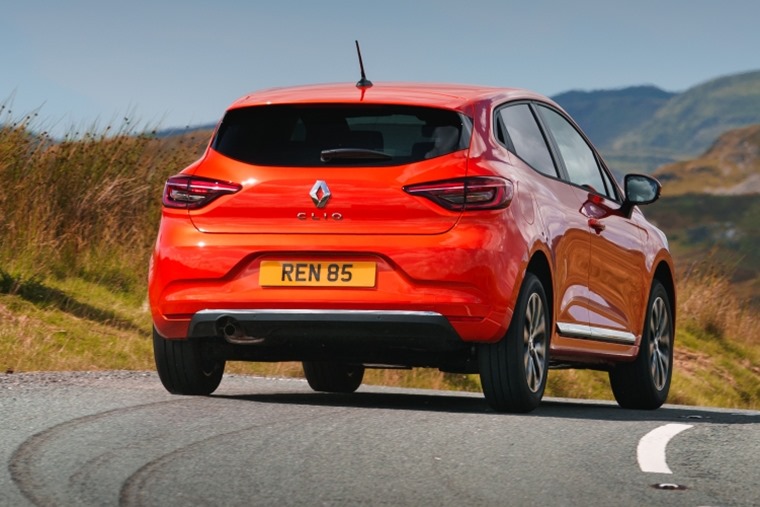 Take it out onto the road and it gets better. Yes, there’s just a tiny little 1.0-litre petrol engine under the bonnet, but the 100hp it produces is enough to have some fun with. And, surprisingly, you really can have some fun.

The overall effect is that the Clio is now better value than ever, better to drive than ever

There’s a sense that the chassis is almost encouraging you to play around a bit, such is its agility and composure. Rev the engine hard and it feels like it’s moving quickly (it really isn’t - 0-62mph takes a lethargic 11.8 seconds) and changes direction like a springer spaniel chasing a bouncy ball. The gearbox is slick and helps keep the engine spinning, while the steering is light and precise. It’s maybe not quite as engaging as the Ford Fiesta, but it’s not far off, and that’s high praise indeed. 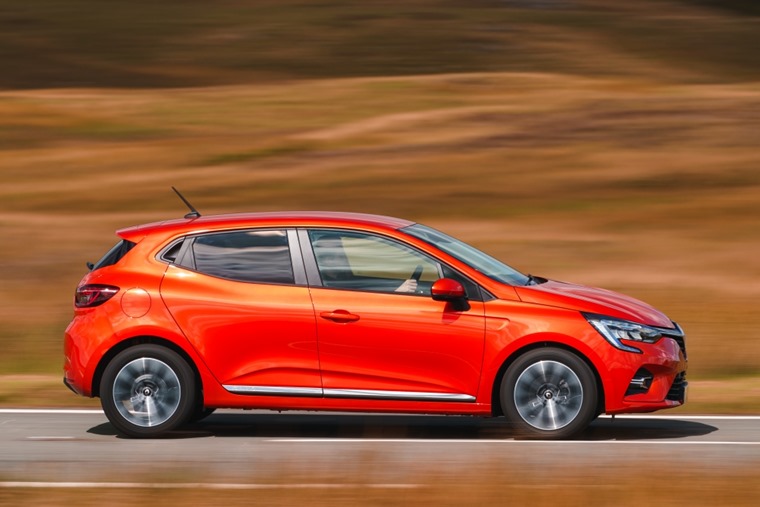 It’s just a slight shame that the whole car, as good as it is, is presented in a body that’s largely indistinguishable from the old model. Yes, it is pretty, but you still need to have both old and new side by side to see what’s changed, despite the Clio being an entirely new car. To give you a headstart, there are headlights that incorporate a sabre-tooth style daytime running light, a more pronounced grille and Renault badge, and contouring across the front that adds an extra bit of depth. There’s a more grownup rear end, with new lights and a less obvious undertray. Seriously though, you’ll need accomplished detective skills to spot things at a glance.

The overall effect is that the Clio is now better value than ever, better to drive than ever, and looks and feels more grown-up than ever before. It’s all the better for it, too. Incidentally, Nicole is now 48 years old, and Papa is 81, and I’m sure the same could be said about them. 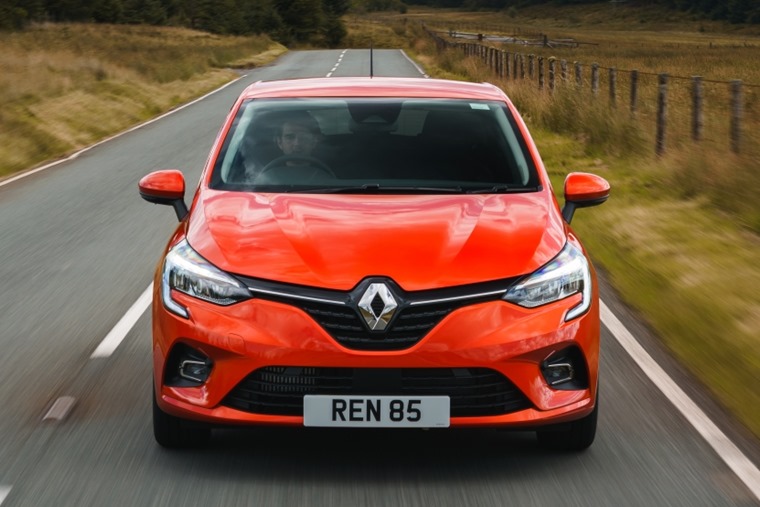