It’s honest, capable, good quality and good value transport for people that need to move a few people around and don’t want anything that might give them cause to think.

Skoda has something of an SUV thing going on right now, with the sizable Kodiaq and popular Karoq winnings over buyers who want little more than sensible motoring, and this new Kamiq follows that trend for carefully considered motoring. 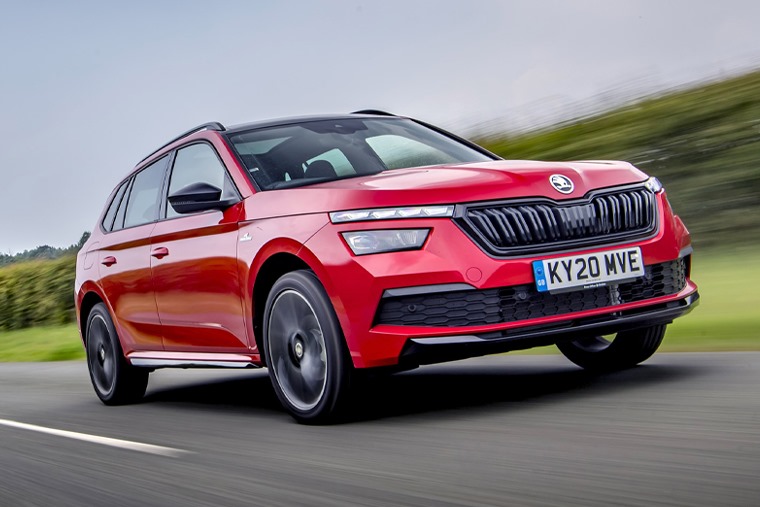 The car itself is built on the Volkswagen Group’s ‘MQB-A0’ platform. That, to you and I, means it shares its oily bits with the likes of the SEAT Arona, Volkswagen T-Cross and Audi Q2. Sharing components means the car is cheaper to build and, as it’s got to work well in some more premium models, means it also provides a thoroughly predictable drive. 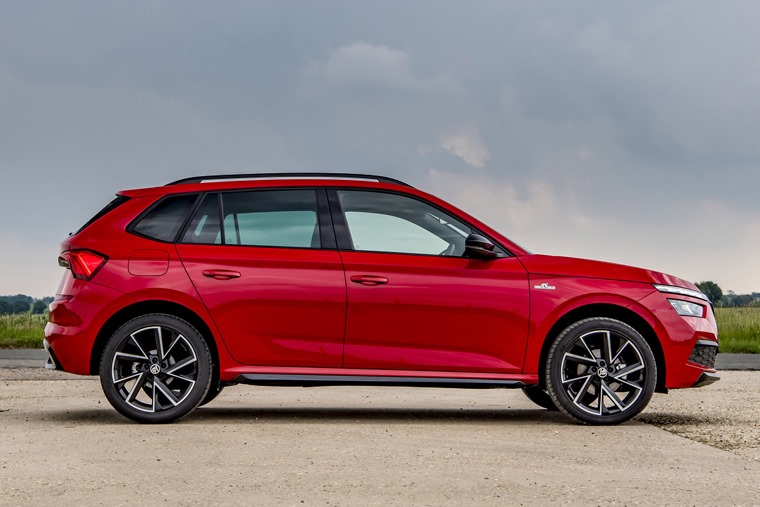 It’s as sensible a new model as you could imagine, taking everything from the best of Skoda’s range and, well, sticking with it.

New headlight treatment is about as wild as the Kamiq gets, with the LED daytime running lights sitting in a blade above the regular headlights. On every other Skoda, it’s the other way round. In such a conservative niche, that’s considered wild stuff. 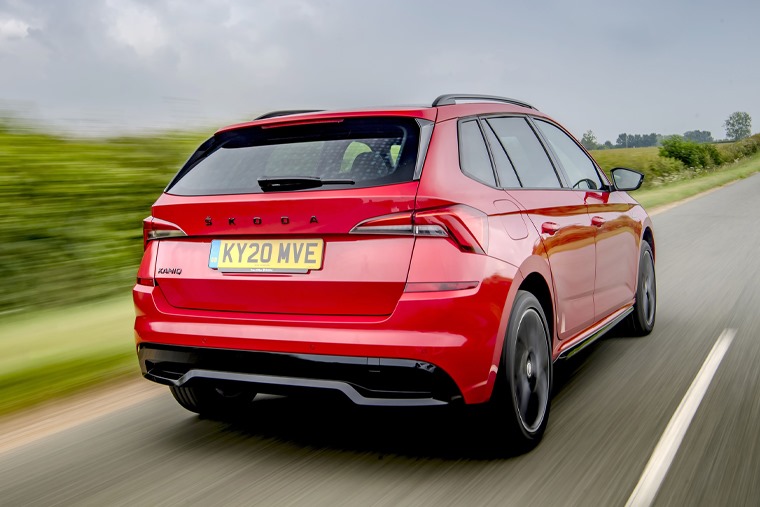 Expecting excitement is probably something we probably shouldn’t be doing though, as the Kamiq is based on the Scala hatchback, and that’s as sensible as sensible comes. However, while there’s no room for anything that could be described as interesting, there is a long list of clever touches that makes day-to-day life easier.

The design, as safe and sensible as it is, is stylish in an efficient way, appealing to those that like a minimalist ambience.

It’s also a spacious car, with a cabin that mixes practicality and grown-up design with some stylish digital bits and a smattering of essential equipment. Rear legroom is notably impressive, and the boot can take up to 400 litres of family gubbins, while those in the front get a slightly cut-price Volkswagen experience. The design, as safe and sensible as it is, is stylish in an efficient way, appealing to those that like a minimalist ambience. Swap the badges and you’d have no idea that this was the budget option, but some of the material quality might give the game away. Still, it’s bolted together exceptionally well, and those occasionally scratchy materials will be hard-wearing and easy to look after. 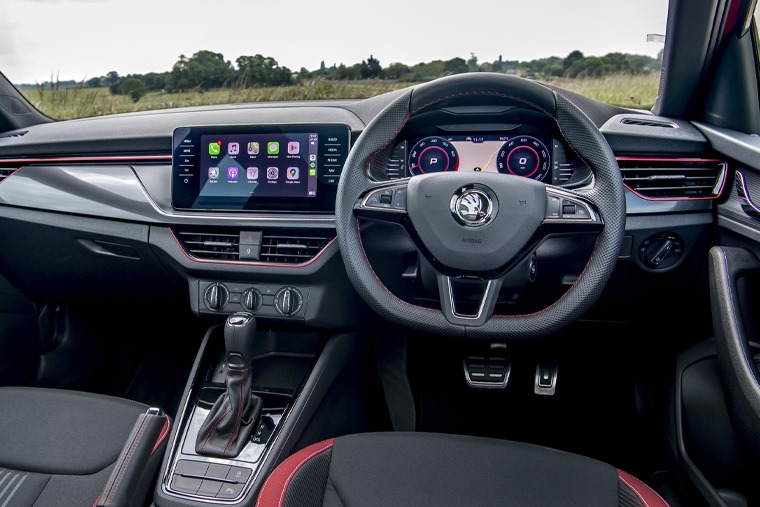 Some would consider the umbrella hidden in the passenger door to be a highlight, others will appreciate the ice-scraper hidden behind the fuel flap - placed there so you don’t get snow and ice in the cabin - and some will like the funnel that’s integrated into the windscreen washer bottle. Individually, they’re perhaps not that impressive, and many have been seen before, but the thought put into how people actually use cars is impressive. 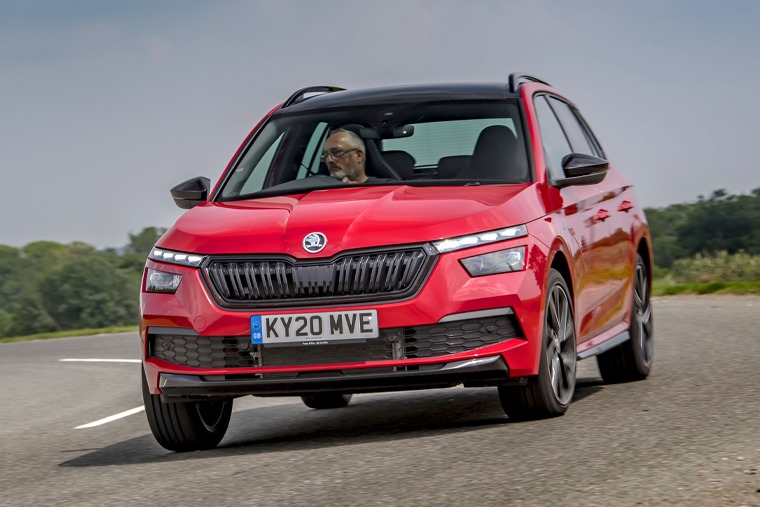 There’s a 1.0-litre engine at the front of this test car, developing 115hp, but there’s also a cheaper (and slower) 95hp version, and a 1.5-litre 150hp model. The more frugal amongst you might also be tempted by the 1.6-litre diesel model, but the pick of the bunch really is the one I’m driving, the 115hp petrol.

It’s quick enough, hitting 62mph in under ten seconds (just) and promises a decent 48.7mpg. Even under test with me and my heavy right foot, it managed just north of 40mpg. You’ll get no fizzy feelings from driving it hard, although it’s no worse on the open road than any other of the myriad small SUVs around today. It’s wonderfully comfortable and surprisingly quiet, though.

It’s honest, capable, good quality and good value transport for people that need to move a few people around. 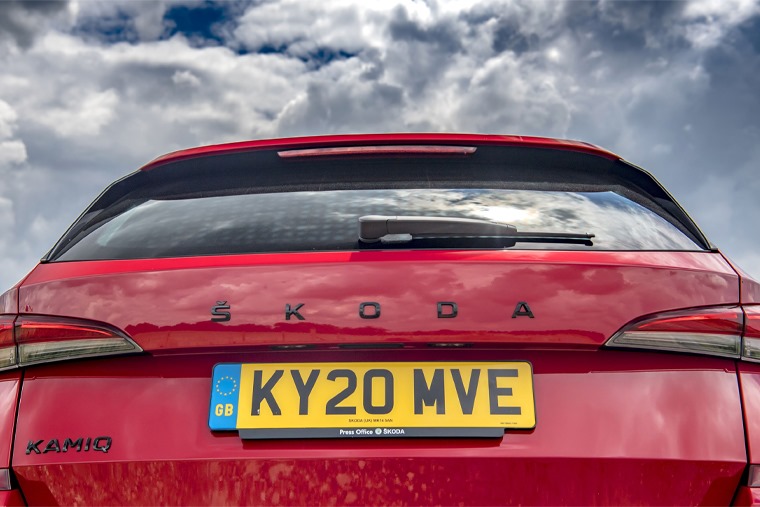 It’s tempting to throw in something here that would make waves, suggest that the car is just too conventional, playing it too safe and offering little to separate itself from the hoards of compact SUVs available.

But it’s in the Kamiq’s favour that it can’t bring itself to offend or surprise. It’s honest, capable, good quality and good value transport for people that need to move a few people around and don’t want anything that might give them cause to think. I mean this most positively; it’s a near-perfect car for people that really just don’t do cars, but still want the comfort, convenience and practicality offered by the best.