Comfortable, safe, and virtually unstoppable in any conditions, the Subaru XV e-Boxer's only real flaws are financial ones 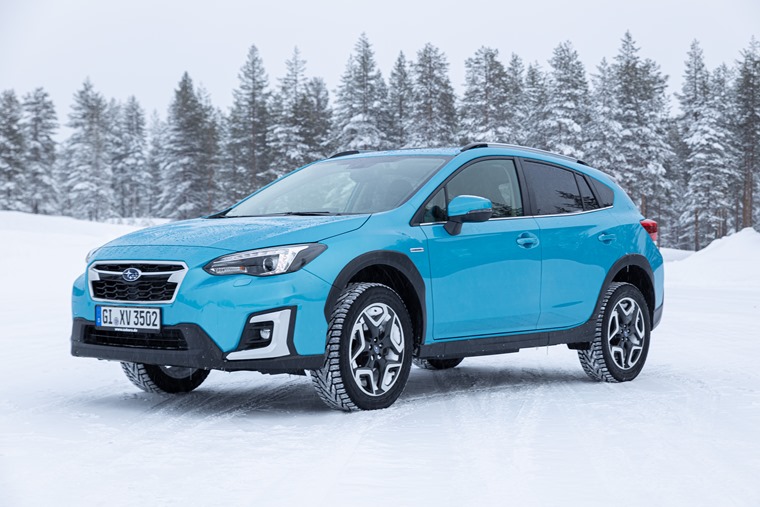 For something that’s a competitor to a vehicle as innocuous as a Nissan Qashqai, It’s an extreme environment to test the car in. That speaks volumes about Subaru’s confidence in the XV, although it has been provided with something of an advantage in the form of permanent four-wheel-drive and some funky ‘X Mode’ electronics to make sure each tyre has as much grip as possible.

Powering across frozen bits of Finland - I had no idea if there was tarmac, dirt track or just frozen earth beneath me - the XV was almost unstoppable. Misjudging a corner and connecting with a deep snowbank was enough to finally bring the car to a stop, but five minutes of pulling, pushing and bouncing got it back onto the less banky bits of snow and on its way again.

However, as exciting as Finland is, being the land of pony trekking, camping, or just watching TV, that’s not a particularly good test of usability for somebody that ploughs the M25 each day.

Show it a rough, broken, lane, or even a dirt track, and you barely have to slow down. Subaru builds its cars tough...

Fortunately, I also had a new XV in the UK, fitted with a new mild-hybrid 2.0-litre petrol engine that Subaru calls e-Boxer. There’s a tiny battery pack hidden under the boot floor that powers a tiny electric motor but, while it will technically run in an emissions-free pure-electric mode, it won’t do that for very long. Instead, the system aids the engine, using the electric boost under acceleration to reduce fuel use for example. It’s a cost-effective way of improving efficiency (some claim by as much as 30% but 10% is more realistic) without adding much weight, complexity or cost. 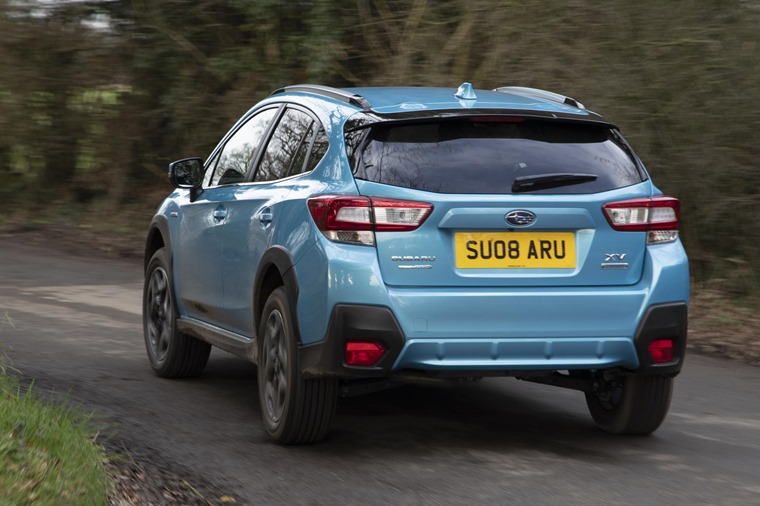 There’s 150hp on offer, which is just about enough power to pull the 1,575kg of XV around. Sprinting to 62mph takes a leisurely 10.7 seconds, so this isn’t a car for hustling at speed. That’s backed up by soft suspension that makes for some excellent low-speed ride comfort. It remains compliant enough at speed too, but the dampers that keep the body nicely upright do take the edge off the wafting slightly. Still, it’s so much more comfortable than any of the other ‘sporty’ SUVs around.

That’s not to say the XV lacks ability. Show it a rough, broken, lane, or even a dirt track, and you barely have to slow down. Subaru builds its cars tough, which explains its claim that something like 97% of the cars it’s made in the last ten years are still on the road. If the going gets too tough, an ‘X Mode’ button tells the computers to work harder, and it manages to somehow extract more grip than seems possible. It even uses that electric motor to help with low-speed manoeuvring, making minute control changes to keep things moving. 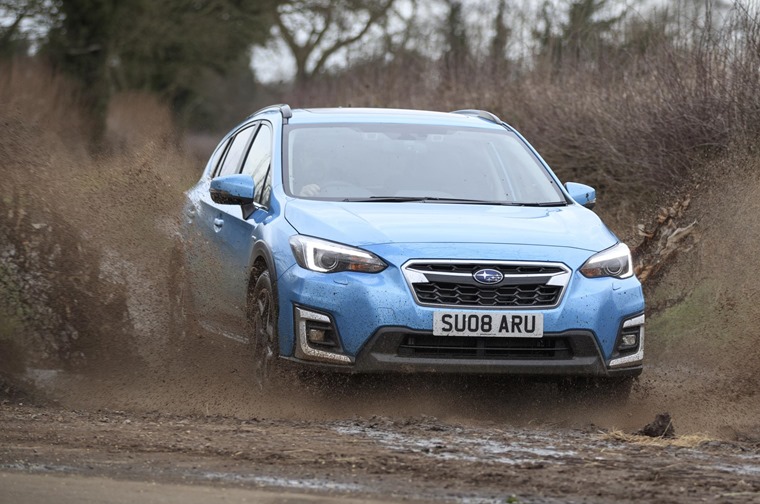 As a regular family vehicle, it does a decent enough job, too. The boot is reasonable, if not as large as some rivals, and the space inside is acceptable, if not class-leading. It’s loaded with equipment, with even the entry-level model getting automatic LED headlights, a large touchscreen infotainment system with Android Auto and Apple CarPlay, heated seats, DAB radio and adaptive cruise control. Step up to the SE Premium and you can add electrically adjustable leather seats, a sunroof and satellite navigation.

It’s so much more comfortable than any of the other ‘sporty’ SUVs around.

Crucially, there’s clever safety technology on board. While many cars use forward-looking radar to manage cruise control and emergency braking, Subaru has gone its own way, as it does in so many areas. That means there are dual video cameras mounted at the top of the windscreen, constantly filming the road ahead and creating a three-dimensional map of what’s going on. Cruise control, pre-collision braking, lane sway and departure warnings, and even an alert if you’ve failed to spot the car ahead moving off in traffic, all work brilliantly. 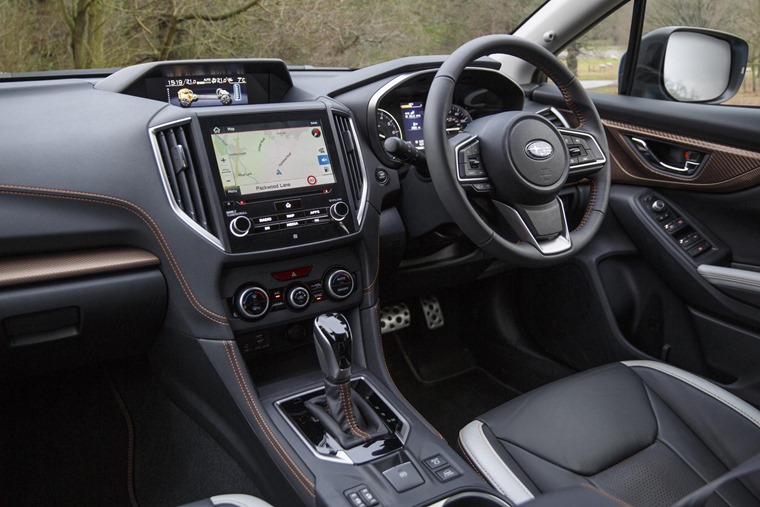 There are some downsides. You have to put up with some design work that is a little uninspiring, the switch between electric and petrol running isn’t entirely smooth, you’ll weep gently as you fill-up the car (despite the hybrid boost, official fuel economy is measured at just 35.7mpg), company car drivers will wince at the CO2 figures, and it’s undoubtedly expensive compared to its rivals.

In return for that, you’ll have something that’s virtually unstoppable in any conditions, backed up by a five-year warranty. It may have some serious flaws, almost all of them financial, but there’s something genuinely endearing about the XV and its breadth of abilities. If only I had some mountains so lofty and treetops so tall so that I could make the most of them. 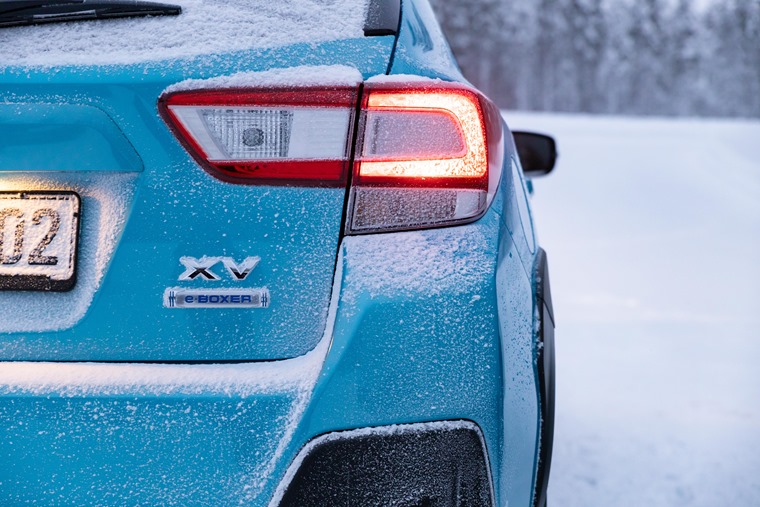 Subaru Outback gets tweaks for 2021