Nobody ever fell in love with the Toyota Auris despite being a worthy, if unmemorable, car. It carried passengers from A to B, and did it without any fuss. It was competent, and you couldn’t really fault anyone for buying one. In a world where there are rivals such as the entertaining Ford Focus, stylish Mazda 3, and the pragmatic Kia Ceed, competent probably doesn’t cut it any more.

So it’s no real surprise to find the new Auris isn’t an Auris at all. As you may have noticed, Toyota has revived the Corolla nameplate, something that’s been absent from the UK for ten years or so. Apparently it makes global marketing easier or something. 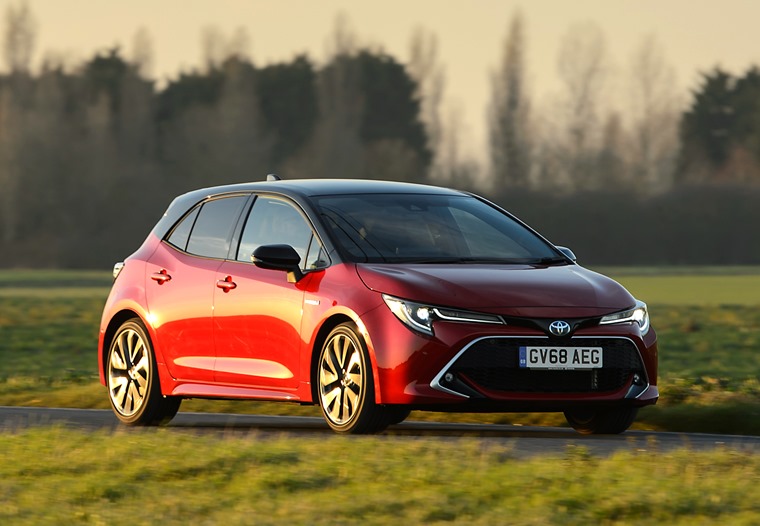 But more has changed than just the name. The new car is longer and wider but also a little lower, giving it a more athletic, sleek stance. It’s actually a pretty good looking car.

Many of the old engines carry over to the new car, with a 1.2-litre turbocharged petrol engine available along with a brace of hybrids. The 1.8-litre petrol-hybrid is lifted straight from the Prius, while a new, more powerful, 2.0-litre petrol-hybrid sits above it in the range. This raises power from 120hp to a more entertaining 178hp, taking it perilously close to hot-hatch territory. 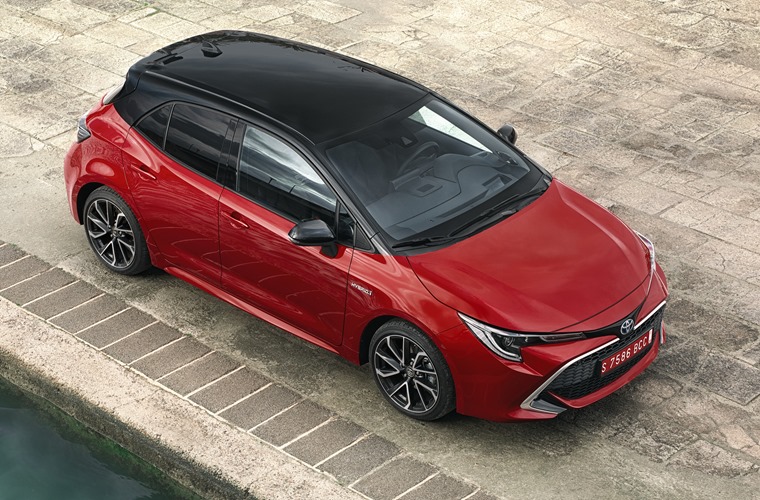 The lack of noise helps refinement, something that is strong with the Corolla.

Well, warm hatch. The 0-62mph measure is completed in a leisurely 7.9 seconds, but the system is engineered to improve efficiency rather than offer outright performance. Translated into numbers, it means emissions of just 89g/km and fuel economy north of 60mpg.

It manages that by partnering the petrol engine with an electric motor and a small battery pack. Computers work out what the best combination of power is, so sometimes it’ll be all petrol, other times it’ll be pure electric, and mostly it’ll be a combination of both. Toyota claim that roughly half of any given journeys will be carried out with the engine switched off and, while I’ve not got the data to prove it, it feels broadly right. The effect is impressive, with diesel levels of fuel economy and the refinement of a petrol engine all with the frequent hush of an electric car. 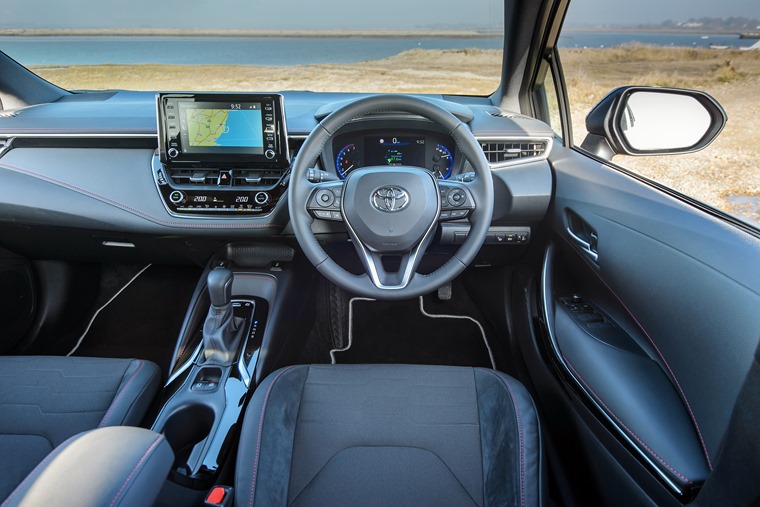 The lack of noise helps refinement, something that is strong with the Corolla. Granted, the test car was in range-topping Excel spec which always helps perceptions, but it’s a trim level that many will opt for - thanks to the way depreciation works against lower-spec cars, the cost of moving from a mid-spec to this almost-luxury model could be as little as £25 a month on your lease deal.

Given that 178hp is available, acceleration is brisk and linear and there never feels to be a shortage of power at any sensible road speed.

For that you get LED headlights, electric folding mirrors, some jazzy wheels and part-leather seats. Every model gets a reversing camera, automatic lights, heated seats, a DAB radio and an 8in infotainment centre, with navigation added on all but the entry-level Icon model. You’re certainly not shortchanged and, pleasingly, all the safety kit such as lane departure warning, road sign display, hill start assist and automatic emergency braking is standard across the range. 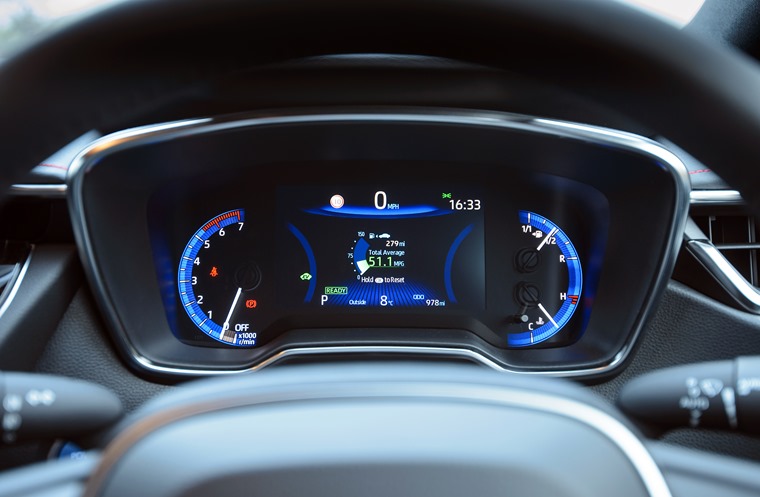 All that equipment is housed in an airy cabin, with enough space to feel comfortable. The design is more interesting than you’ll find in some rivals, with a mix of curves, buttons and screens, and the fit and finish is as strong as anything from Germany. Only the thick C-pillar detracts from the interior, darkening the rear seats and making over-the-shoulder visibility tough. The boot’s also a little tighter than some cars, with the 316-litres available being around 15 percent smaller than the back of a Focus or Golf.

While the performance levels means it’s no hot hatch, there’s enough there to rival the experience of driving a Focus ST-Line

Pleasingly though, the Corolla drives a bit like a Focus or Golf. Sort of. Given that 178hp is available, acceleration is brisk and linear and there never feels to be a shortage of power at any sensible road speed. Alas, it never really encourages you to enjoy the drive.

That’s likely due to the fuel-saving nature of the tuning, but it’s a shame as the chassis of the Corolla is actually quite impressive. Body roll is well contained, the suspension copes with mid-corner surface changes well, and there’s even a little bit of feel through the wheel making it easier to judge what’s happening under the tyres. Drive enthusiastically and it’s even possible to force a bit of movement in the car, something no Auris driver would ever have wished to do. 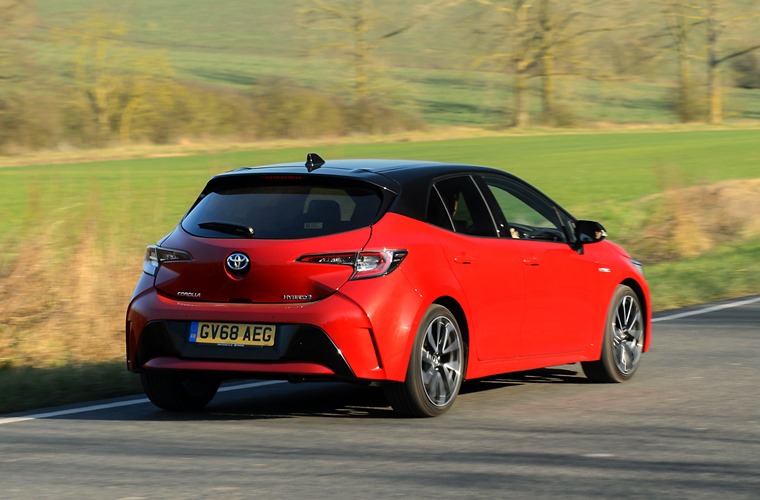 While the performance levels means it’s no hot hatch, there’s enough there to rival the experience of driving a Focus ST-Line for example. It bodes well for any possible future version that’s been tweaked by the team at Gazoo Racing…

Until the Corolla GR appears (assuming it does) you’ll have to make do with this standard model, and that’s no bad thing. Refined, economical, quick enough and engaging to drive, it’s as surprisingly pleasing as the Auris was boring. 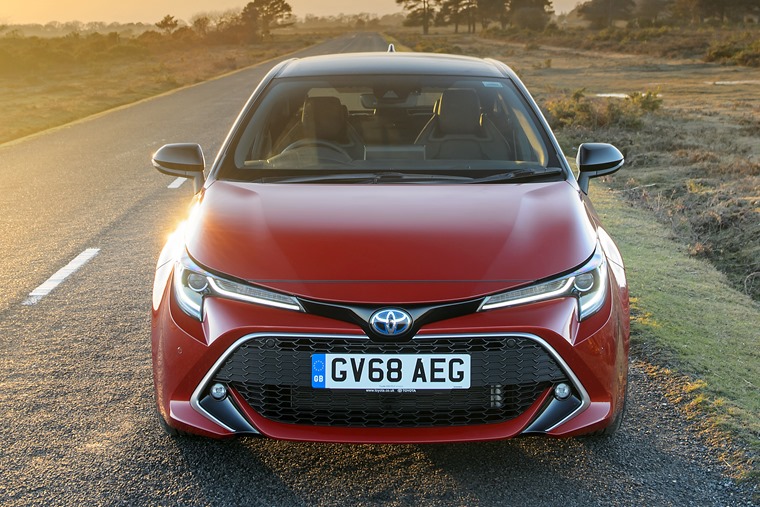