There are some very strong rivals in the supermini arena, but this new Yaris mixes with the very best.

Twenty-one years ago, the original Toyota Yaris was launched. One of the finest small cars of its time, Toyota’s failed to match the magic ever since, producing model after model that were worthy but unremarkable, frugal but uninteresting.

The last generation was over-styled while paradoxically being as utterly conventional and ordinary as you could imagine. Even the hybrid power unit, once a talking point, no longer seemed noteworthy. 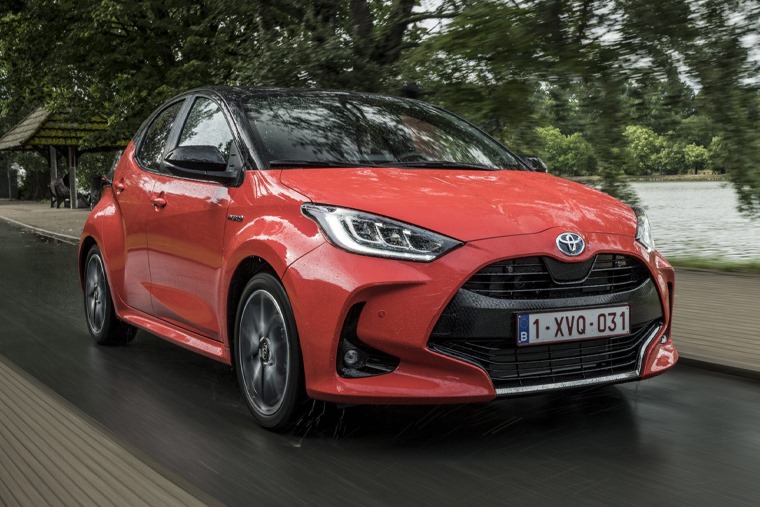 And then, from nowhere, Toyota brought out a fire-breathing world rally car version. Then, as if they’d suffered a blow to the head, announced they’d be building a three-door road-going version of the Gazoo Racing car based on the next-gen model.

Underneath is more significant, as the Yaris is built on Toyota’s New Global Architecture. It’s a bit like Volkswagen’s MQB platform, in that it’s modular, and can stretch and shrink to fit demands - variants of the platform sit underneath the Corolla, RAV4 and even Lexus ES. As well as reducing build costs, it increases stiffness and lowers the centre of gravity, suggesting the Yaris will be a better drive than before. 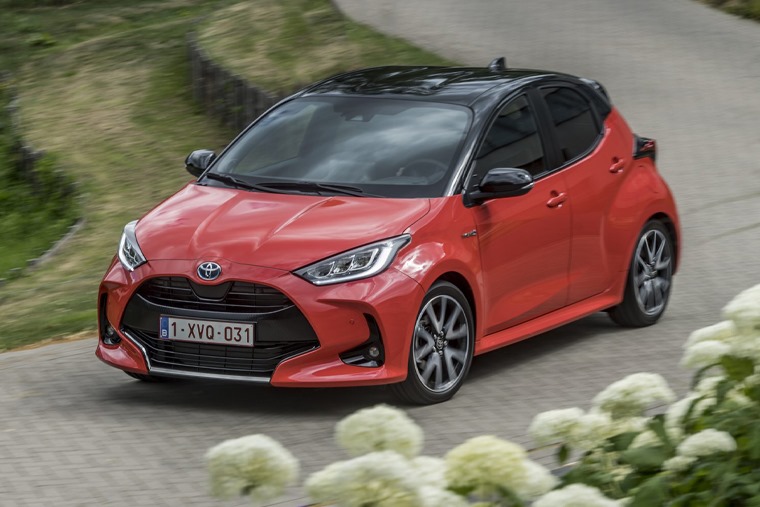 Under the bonnet sits the same hybrid system that’s fitted to the larger Corolla, so that’s a 1.5-litre petrol engine accompanied by an electric motor that produces 116hp. That’s significantly more power than the previous generation had, while emissions are also lower than before. 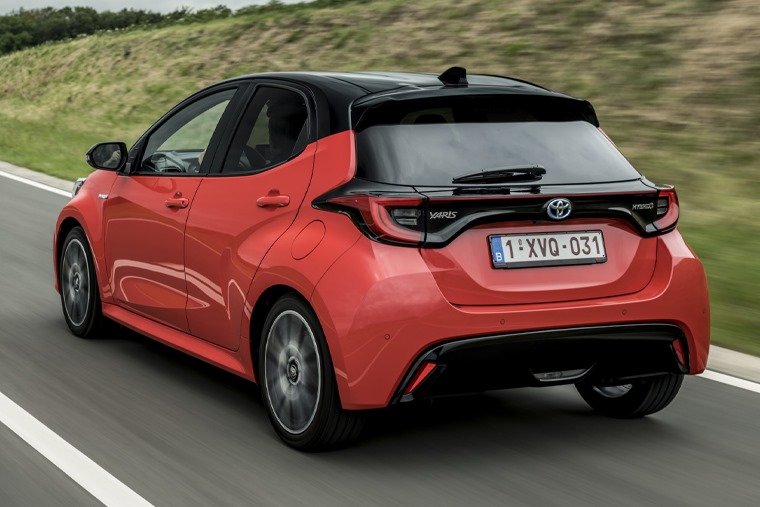 And now the next-gen car is here. Alright, this isn’t the GR Yaris promised - that’s coming later in the year - but it bears a resemblance which is a good thing. The front end is sharply designed, but hasn’t gone too far with the cuts, angles and sharp lines. The profile has a little aggression to it, and the rear is neatly hunched, as if ready to receive the inevitable GR-lite treatment. 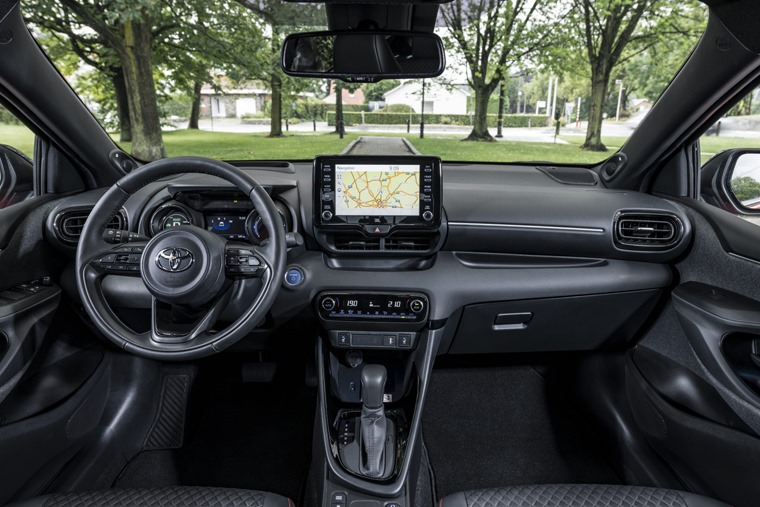 Quality has taken a step up, at least in terms of material choices and how tough things feel, and there’s a pleasing amount of room up front.

The interior treatment is strong, too, with a design that’s almost as interesting as the 1999 original’s speedo-in-the-centre arrangement. Quality has taken a step up, at least in terms of material choices and how tough things feel, and there’s a pleasing amount of room up front. The rear feels positively spacious, while the boot, at 286 litres, is on par for the segment. 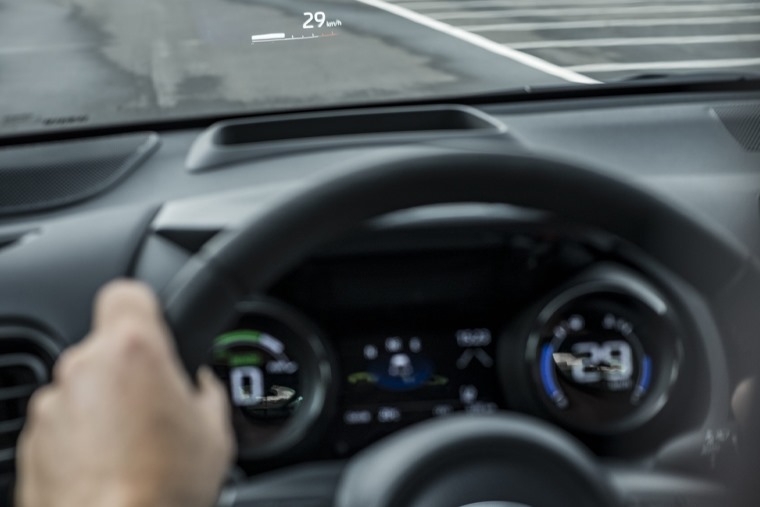 There are plenty of storage areas, including enough space in the centre to store a modern smartphone and a couple of shelves across the width of the cabin. The infotainment system, while not at the leading edge of either design or usability, at least does come with Android Auto and Apple CarPlay, allowing you to make use of your own systems.

It’s also freakishly economical. Officially, it promises a combined economy of up to 68.9mpg, but we all know how crazy some of those figures can be.

It’s also freakishly economical. Officially, it promises a combined economy of up to 68.9mpg, but we all know how crazy some of those figures can be. However, over a lengthy drive that took in motorways, country roads and urban areas, my test car returned an impressive 65.7mpg. With no effort to drive economically, that’s as good as anything this side of a pure electric car, and it was no fluke - colleagues from other titles reported 63 and 64mpg results, too. 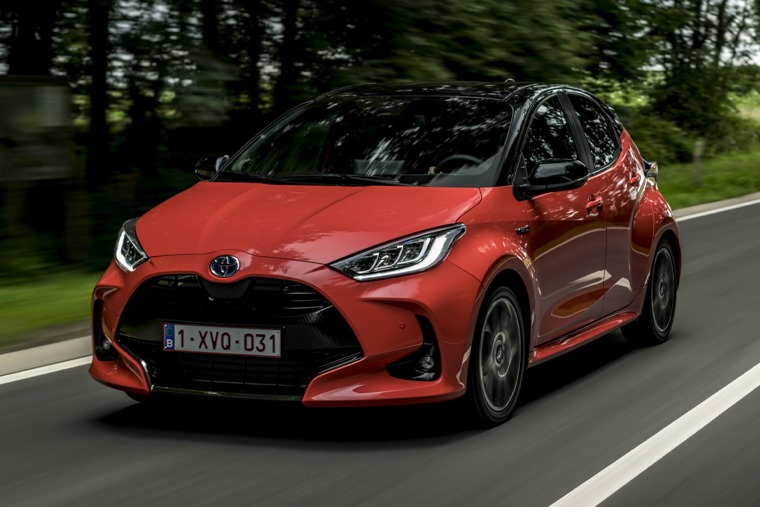 How does it do that? That electric motor works far harder than you might imagine, despite being linked to a battery that can only provide around three miles of range. Rather than relying on stretching that, the computer systems on board work out whether the Yaris should run on petrol power, electric power, or both and, if it is both, how much of each will it use. It’s a complex system that just works - on an average journey, whatever that is, it’s suggested that the engine will be switched off entirely for around half of it. Anecdotally, that feels about right, although it’s difficult to tell when it happens as it’s all so quiet anyway. 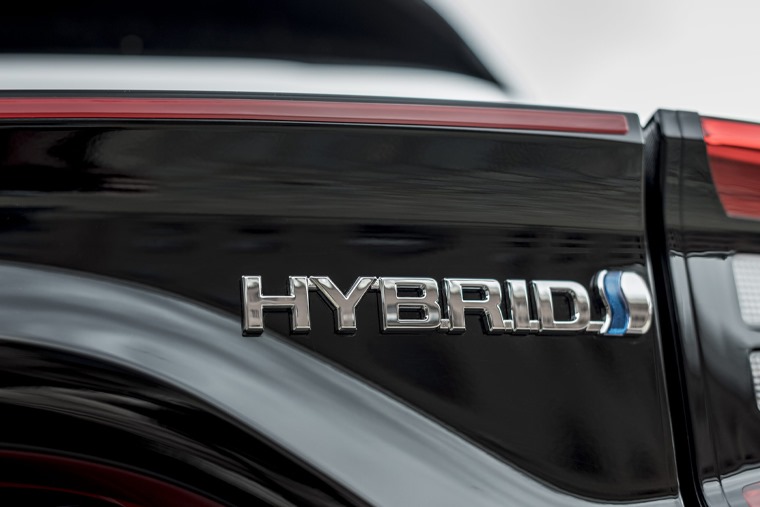 If you want to creep away from the house in the middle of the night without waking your family or neighbours, you can switch the car to pure electric mode, but you won’t get far before the petrol engine kicks in.

It’s got everything you’ll ever need, plenty of space, stonking economy and bucket loads of style.

On the open road, the Yaris is fine. Not great, not poor, just fine. The hybrid powertrain and CVT gearbox aren’t exactly a recipe for entertainment but it moves along well enough. The CVT is, arguably, the best yet and avoids the incessant drone you get from many rivals, but you still don’t get the sharp reactions of a manual gearbox. Handling is solid if unremarkable, but then you don’t get a Yaris to corner on the sidewalls of the tyres. Unless it’s the GR. 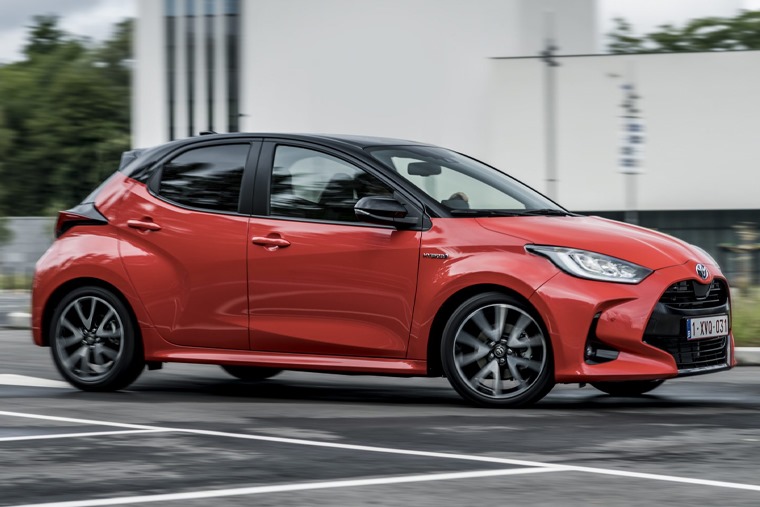 Ride quality is fine too, although I feel it could be excellent; our Belgium-registered test car sat on 17in wheels, while most UK models will be on 16in rims with more compliant tyres and softer suspension. It won’t do much for handling prowess, but it could provide exemplary ride quality. We’ll find out when UK cars become available.

There are some very strong rivals in the supermini arena, but this new Yaris mixes with the very best. It’s got everything you’ll ever need, plenty of space, stonking economy and bucket loads of style. The only issue is with the price - the new Yaris starts at almost £20,000, so leasing rates will have to be competitive.