The plug-in hybrid Volvo XC40 retains everything that made the original model such a success albeit with some compromises. With the addition of an electric motor and improved MPG, it's a choice that will make sense for some but not for others.

Volvo promised that all of its cars would be electrified in some way by 2020, and it completed that task recently by adding a plug-in hybrid powertrain to the popular XC40 SUV.

It’s badged as Recharge, which will be Volvo’s new name for any of its cars with a plug, whether that’s a hybrid such as this one or any of the forthcoming pure-electric models. 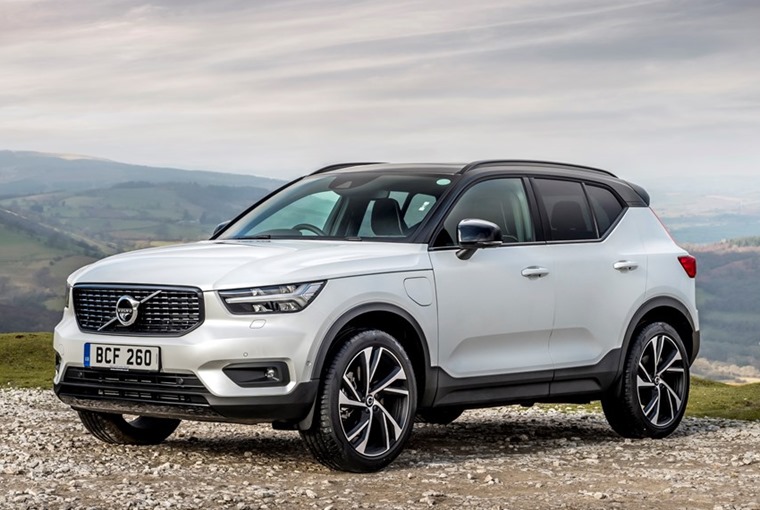 It stands alone in the Volvo range in one respect though; while every other plug-in Volvo features an electric motor at the back of the car driving the rear wheels, the XC40 has enough space alongside the tiny 1.5-litre three-cylinder engine to slot an electric motor in there, leaving it front-wheel-drive only. 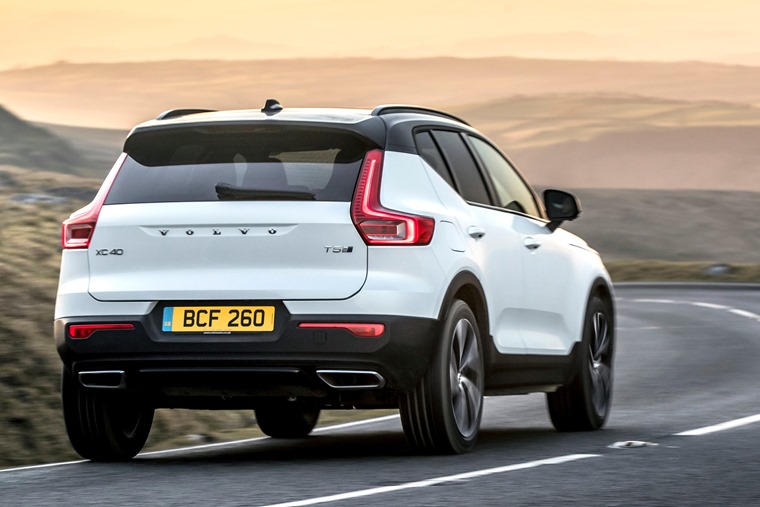 While a handful might bemoan the loss of all-wheel-drive capability, the truth is that few would ever use it, and fewer still would splash out on a hybrid model before partaking in some off-road shenanigans.

It’s strictly an on-roader, then. Using both the engine and motor together, there’s a theoretical total of 264hp available, along with a theoretically very healthy 425Nm of torque, which translates to robust performance. The 0-62mph sprint is dealt within just 7.3 seconds but, oddly, the Recharge never feels quite as quick as the numbers suggest. 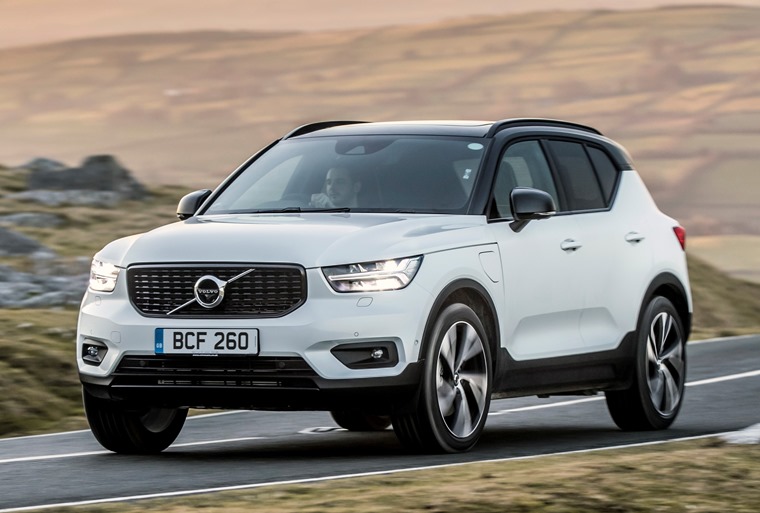 Over a week, including longer motorway runs and plenty of urban driving, it averaged an impressive 67mpg.

The engine is refined, quiet and smooth, at least until it’s asked to perform towards the top of its range, but it never feels particularly urgent. It works far better when taking a relaxed approach to progress, and it’s then that it’s easier to remain in pure-electric mode.

While the switch between petrol, electricity or both is smooth when accelerating or cruising, the same isn’t true when coming to a halt - the regenerative braking is inconsistent and gets quite lumpy at low speeds. 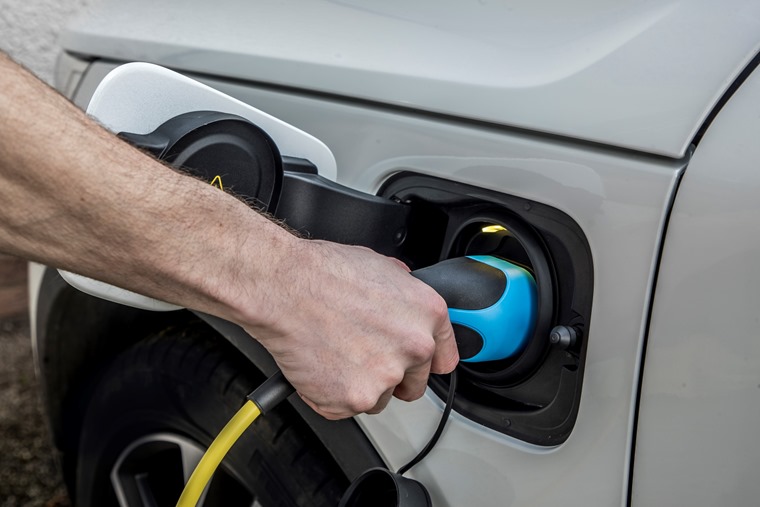 Driving reasonably sensibly, I managed to cover 25 miles on electric power. This is against the official claim of up to 28 miles, meaning most could do their daily motoring without ever using a drop of fuel. That’s made easier by looking at what would normally be the rev counter, as this shows the point at which the electric motor will need petrol-powered assistance. Over a week, including longer motorway runs and plenty of urban driving, it averaged an impressive 67mpg, according to the on-board computer.

Volvo’s push to be different without being weird makes it a match for the best its German rivals can produce.

CO2 emissions of 48g/km mean company car drivers will pay a little less in tax, but not that much - as the range falls below the threshold of 30 miles, the BIK rate is set at 14%. Still, that should save around 50% on a tax bill compared to a petrol-powered XC40, despite a like-for-like model being around £6,000 cheaper.

Yes, there’s a hefty £40,905 price tag on this model, but that shouldn’t worry you too much. Residuals promise to be strong, so lease costs come in at as little as £369 per month, with a three-year deal and 10,000-mile allowance adding around £100 a month to that. 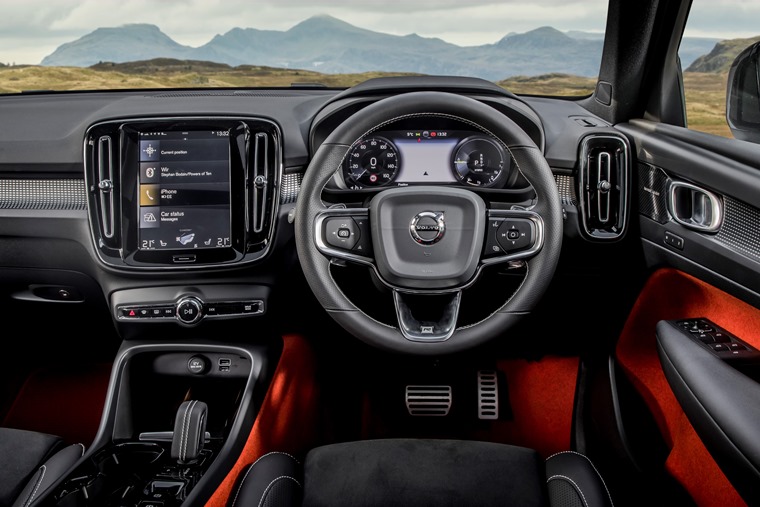 Some rivals also definitely offer a more engaging drive, as the XC40 Recharge’s 1.7 tonnes of heft makes itself felt in corners.

Fortunately, the car feels worth that kind of investment. You’ll miss the rich, contoured design you’ll find in a Mercedes, or the tactile delight and build quality of a BMW, but Volvo’s push to be different without being weird makes it a match for the best its German rivals can produce. The cabin still feels fresh, with some interesting material choices and simple to use infotainment screen in the centre. There’s all the audio options you could want, navigation built-in, and plenty of equipment including all of the not-so-basics that you’d expect. That said, you’ll pay extra for heated seats, smartphone mirroring through Apple CarPlay or Android Auto, and even parking sensors and keyless entry.

There’s good space in the XC40, despite this being a compact SUV, even in the rear. The boot isn’t huge, at 460 litres, but the seats fold flat and access is easy. It’s as practical as most will ever need, although some rivals offer a little more space. 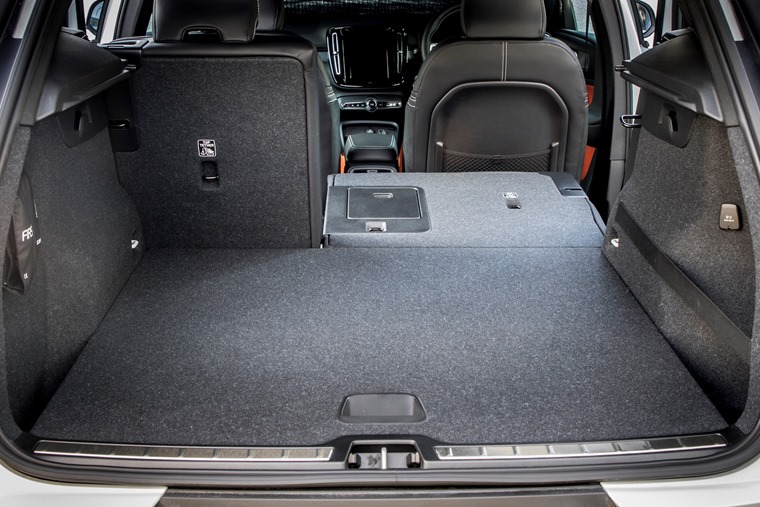 Some rivals also definitely offer a more engaging drive, as the XC40 Recharge’s 1.7 tonnes of heft makes itself felt in corners. That’s exacerbated by this being the R-Design model, where the sporty cosmetic touches to the car make promises it can’t keep. Truthfully, skip the style of the R-Design, with its too-stiff sports suspension and large wheels, and stick to the grown-up Momentum and Inscription trim levels. And that holds true across the entire Volvo range.

As a company car option, there’s a lot to like about the XC40 Recharge, and there’s an argument to be made that it’s the pick of the already likeable XC40 range. As a private individual, the financial benefits don’t come into play to the same degree, and that makes it harder to justify. 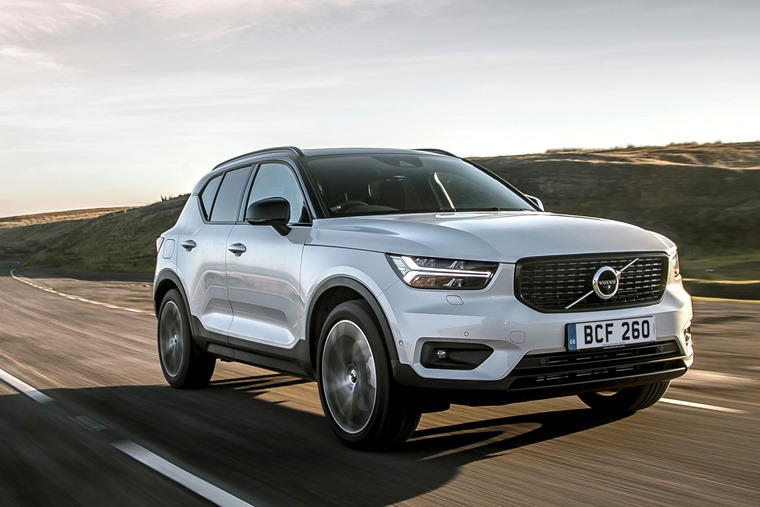