The new Seat Leon is set to be available as both a plug-in and mild hybrid, with order books for both powertrains now open. Here’s everything you need to know. 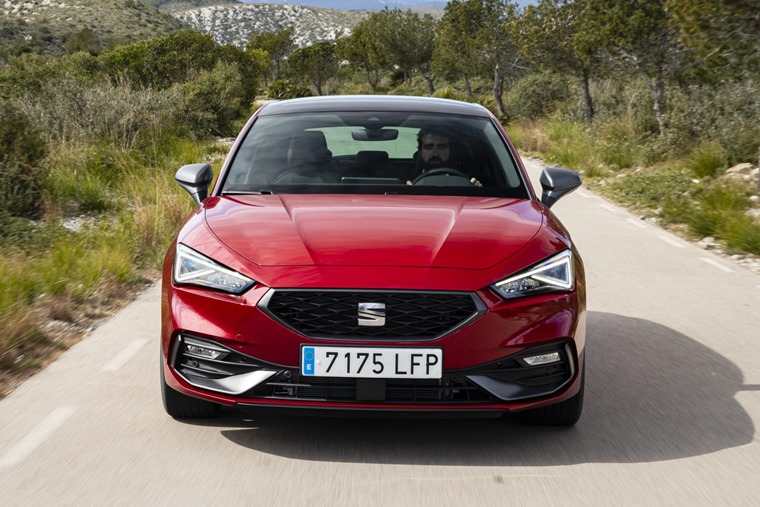 Seat launched the new Leon earlier this year, adding increased connectivity and dramatic new styling to this fourth-generation model. The new Seat Leon will also hold its value more than ever before, which bodes well for finance and leasing prices.

After 36 months and 60,000 miles, the Leon 1.5-litre TSI 130PS FR will retain 42% of its value, according to CAP HPI. Across the whole range, the Seat Leon will, on average, retain 40% of its value over this same period of time. High residuals generally means lower lease prices. 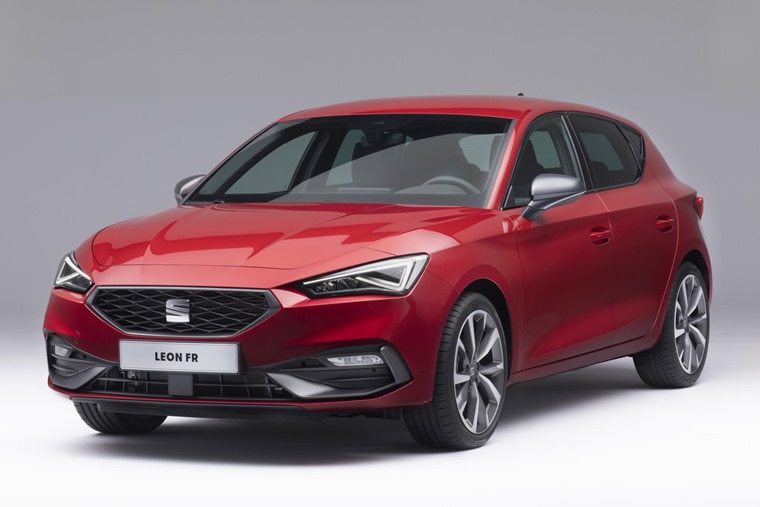 The Leon has been a cornerstone of the Seat range since 1999, achieving over two millions sales since launch, and in 2019 was one of Leasing.com’s most popular cars of the year. By introducing a variety of engines with this new model – including petrol, diesel, mild-hybrid, and plug-in hybrid – Seat hope to increase the already wide appeal of the Leon.

Available in estate and five-door hatchback form, the MK4 Seat Leon is based on the VW Group’s advanced MQB Evo platform. This has provided the model with an increased wheelbase (+50mm) and overall length of the five-door (+86mm) and Estate (+93mm) over the outgoing model, adding extra occupant space and luggage capacity.

A new exterior and interior design further gives the car greater presence and increased aerodynamics. The bonnet is slightly longer while the A-pillars have been moved rearwards to further elongate its proportions.

This, of course, is evidenced in greater detail on the inside. The Leon is fully connected to the cloud, with state-of-the-art driving assistance systems and in-car connectivity, including Apple CarPlay, giving the car increased functionality. Seat are also introducing Seat Connect, a new smartphone app which allows drivers remote access to a range of vehicle functions.

The cabin has been ergonomically designed to increase comfort, with everything decluttered and the number of physical buttons reduced to a minimum, which will be a good or bad thing depending on your opinion. 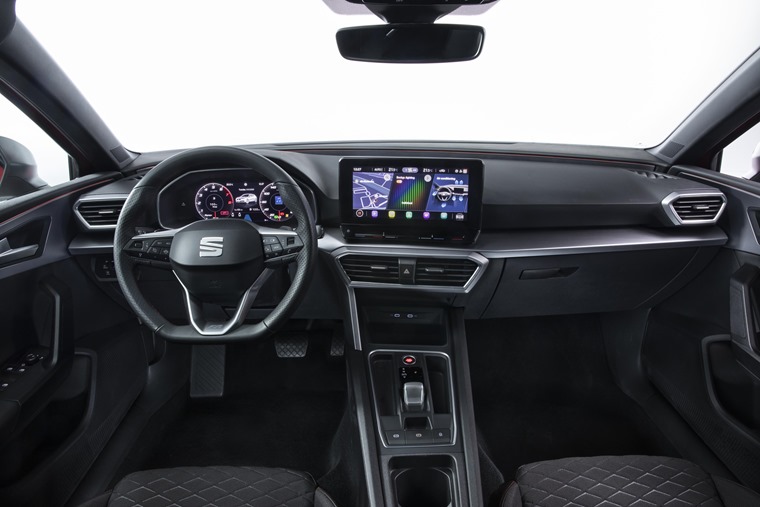 Six trims feature across the range – SE, SE Dynamic, FR, FR Sport, Xcellence or Xcellence Lux – which offer various levels of kit. All vehicles in the range benefit from keyless start, an eight-inch infotainment system, electric and heated side mirrors

FR introduces a more sportier dynamic to the Leon, including front and rear bumpers, dual exhaust and a unique suspension set-up which lowers the ride height by 15mm.

FR Sport adds to that with additional technology including a Winter Pack which provides heated seats, steering wheel and windscreen washers as well as ambient lighting technology.

Xcellence trim builds on that by offering unique bumpers, diamond grille, chrome-framed side windows, predictive adaptive cruise control, while Xcellence Lux stands out at the top of the range with leather upholstery and 18-inch Performance alloy wheels

In spite of all these interior innovations, drivability is what the Seat Leon is perhaps most famous for. To this end, three turbocharged petrols, two diesels and a plug-in hybrid are offered.

The petrol range begins with a 1.0-litre three-cylinder unit, available for the first time in a Leon, which produces 109bhp. It comes with a six-speed manual gearbox or, when specified with mild-hybrid tech, a DSG dual-clutch automatic.

The 1.5-litre four-cylinder TSI is tuned to either 129bhp or 148bhp DSG-equipped mild-hybrid. The final petrol engine is a 187bhp 2.0-litre TSI which comes with a seven-speed DSG transmission only.

Perhaps the biggest news from the Leon reveal is the eHybrid PHEV. Offering 38 miles of all-electric range, it pairs a 1.4-litre TSI petrol engine, electric motor, 13kWh lithium-ion battery pack and six-speed DSG transmission to produce 201bhp combined. Recharged via a 3.6kW AC inlet it can be fully charged from 0% in less than 3.5 hours. 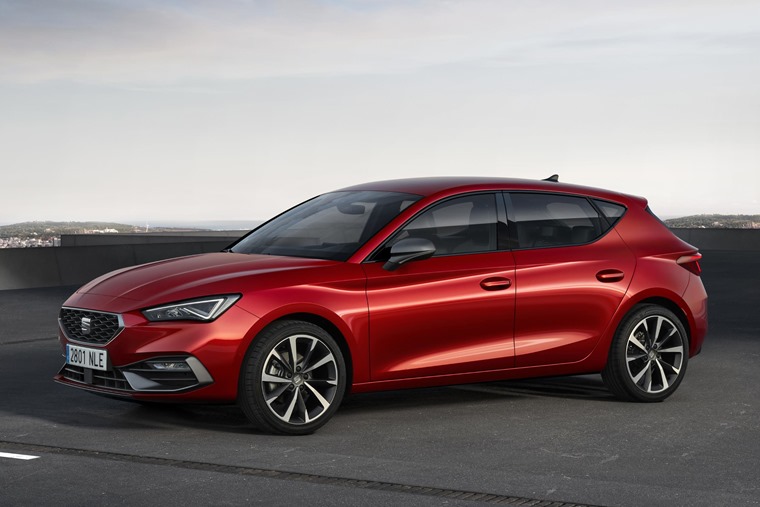 “We have now created the best Leon ever. The new Leon has been designed keeping the ‘created in Barcelona’ spirit and at the same time being the safest, most connected and with the widest range of engines the brand has ever seen.” commented Seat’s executive vice-president for sales and marketing and Cupra CEO, Wayne Griffiths.