The basic Skoda Superb is a brilliant large family car. Though it’s based on many of the same mechanical components as the Volkswagen Passat, it’s bigger in every dimension, with a resulting boost in practicality. 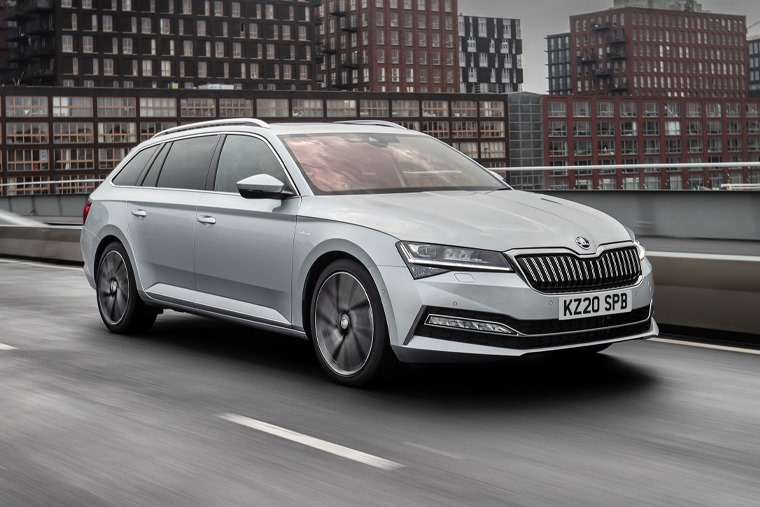 Now in its third generation - and recently updated, too - the latest Superb has shaken off the dowdy image of its two predecessors and is stylish and good to drive as well as being family-friendly. And on looking at the engine range, you’ll find something interesting - among normal petrol and diesel models, there’s a new iV variant with a plug-in hybrid powertrain.

On paper, this provides the best of both worlds, as it’s capable of running on cheap and planet-friendly electricity for the midweek school runs and shopping trips, but with a petrol engine waiting in the wings to perform long journeys with no range anxiety in sight.

It’s available at a cheaper entry price than the mechanically similar Volkswagen Passat GTE, too, and there’s both hatchback and estate variants on offer. 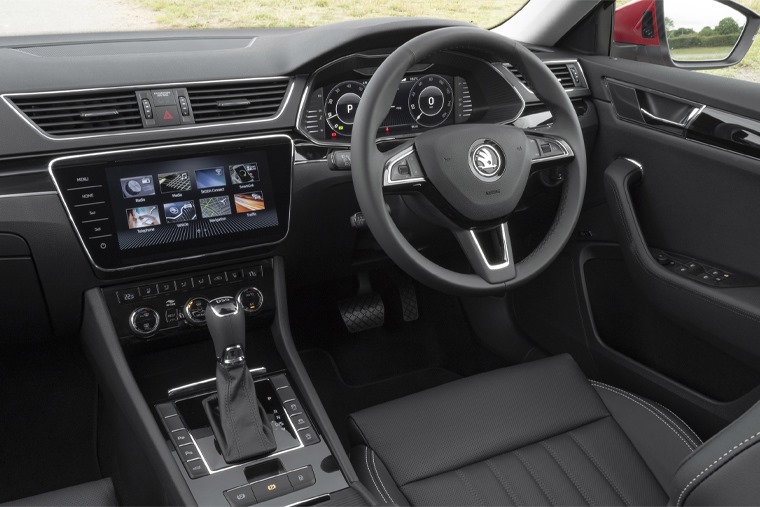 The Superb’s greatest asset is its size. It’s no exaggeration to say there are limousine levels of rear legroom (although we’re not talking about US-style stretched Lincolns) with even the tallest of passengers able to straighten their legs. Width is a little more restricted so, as is so common amongst modern cars with their thick doors for crash safety, three adults might struggle. You’ll easily fit two bulky child seats in, though, and Isofix points on both sides make this even easier.

The boot, too, is enormous, with 485 litres of space, or a truly gargantuan 510 litres in estate models. With a wide-opening hatchback, trips to the tip or the flat-pack furniture store have seldom been easier - and cannily, Skoda’s stored the iV’s battery pack underneath the boot floor so it doesn’t impinge on luggage space.

Towards the pointy end, you’ll find a dashboard that, while not very flashy, gets the job done exceedingly well. Most models have a wide, bright and responsive touchscreen infotainment system (with Android Auto and Apple CarPlay as standard) and top-spec cars also have a crisp and informative digital dashboard to replace the standard analogue dials. The whole cabin’s littered with Skoda’s trademark ‘simply clever’ touches, too - such as dedicated smartphone storage, clever winged headrests, and, as mentioned in every Skoda review ever, umbrellas hidden in the front doors. 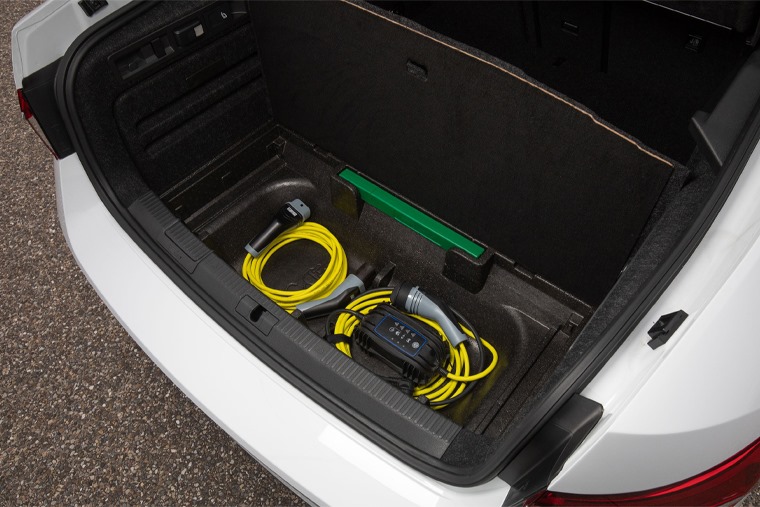 The iV plug-in hybrid powertrain is available across four of the Superb’s trim levels, and all come with a good level of equipment as standard. This also gives the Superb iV a lower price point at the entry-level than many of its rivals, furthering the value prospect for folks who want a high-tech powertrain but aren’t necessarily bothered about lots of interior bells and whistles, although stronger residuals on higher-spec models mean leasing costs aren’t vastly different.

That high-tech powertrain works best when the battery is fully charged, a process which takes around three hours from a home charger wall box. You can plug it into a three-pin socket, but your charging time will extend significantly. 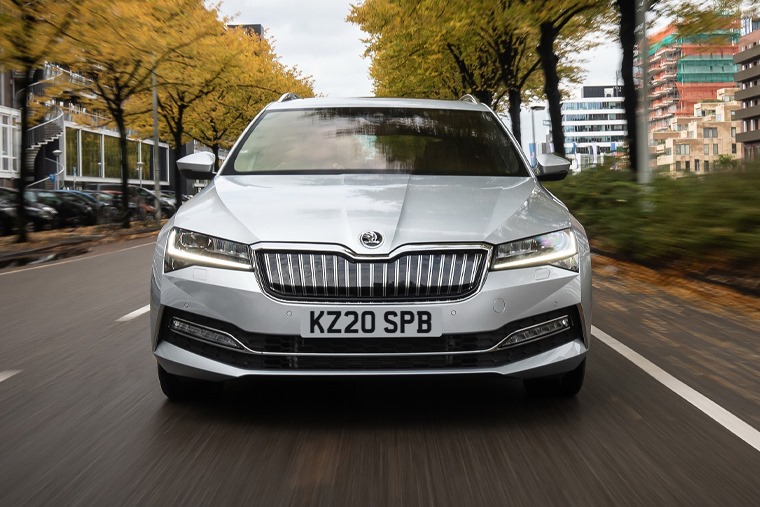 A charged battery unlocks the Superb iV’s full potential in terms of fuel savings - with up to 35 miles of all-electric range, the average driver won’t need to touch the petrol engine during their regular driving. Once the battery is depleted, the Superb iV is still quite efficient for a large, petrol car - you’ll see around 40mpg if you drive carefully, which mean long journeys shouldn’t prove too ruinous. 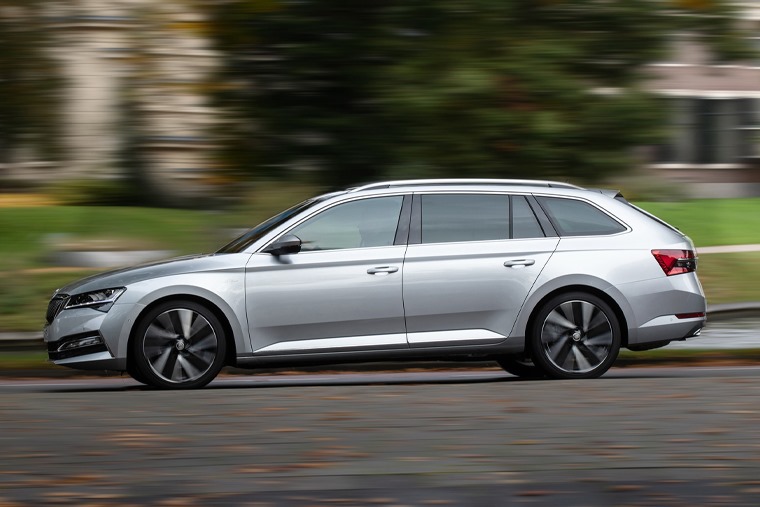 Over a week’s thorough testing, ensuring the battery was charged each night, the Superb returned an average of just over 65mpg - good enough to rival any diesel, and even better when you consider my rather enthusiastic driving style.

The two power sources shuffle drive between them seamlessly, and the six-speed automatic gearbox is very smooth.

As you might gather, not only will a charged Superb save fuel, it’ll provide quite the turn of pace, too. When the 1.4-litre turbocharged petrol engine and electric motor work together, they give the Superb iV impressive performance for such a large car. The two power sources shuffle drive between them seamlessly, and the six-speed automatic gearbox is very smooth, too. 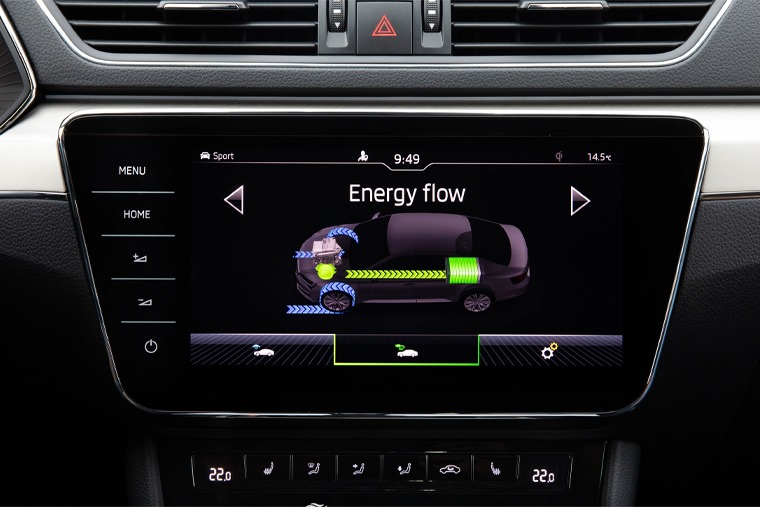 The rest of the Superb’s engine range is excellent, too, but none are quite as impressive as this plug-in variant. Ultra high-mileage drivers would still be better served by one of the efficient diesel models though, while greater value can be found in one of the cheaper petrol models.

Handling is nothing to write home about, with the Superb range, in general, majoring on comfort over sportiness. It’s safe and secure rather than entertaining.

The Skoda Superb iV is fantastic to live with and, provided you have somewhere to charge it up, can return seriously impressive numbers.

No model range is complete without some form of electrification these days, and adding an up-to-the-minute plug-in hybrid powertrain to what’s already a staggeringly good car is a winning formula that’s produced good results. The Skoda Superb iV is fantastic to live with and, provided you have somewhere to charge it up, can return seriously impressive numbers.

Some might be put off by the badge, while the handling is more meandering than razor-sharp, and it’s not entirely exciting to look at inside or out, but the Superb really is, well, excellent. Small issues be damned.