Smart motorways: Not that clever after all

Are smart motorways really that clever? They’ve been around since 2006 yet they seem to have been more of a hindrance than a help due to the seemingly never-ending construction work on many of the UK’s major motorways. There are also some very serious questions to answer about their usefulness and safety.

One section of completed smart motorway on the northbound side of the M1 has witnessed four fatalities in 10 months. All of these deaths have been due to drivers not being able to get their car to a safe place to stop. 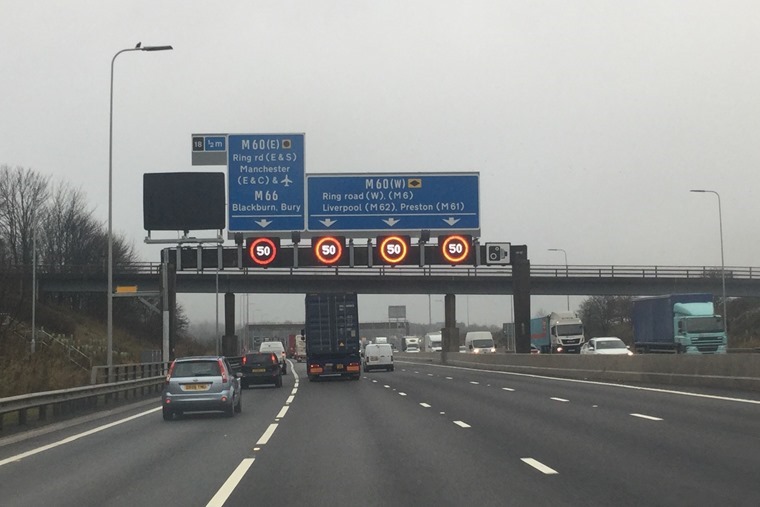 Smart motorways come with refuges for drivers to use in the event of a breakdown or incident. However, they are spaced 1.25-miles apart on average, so getting to one when you need it most can be difficult or impossible if your car suffers a failure. This leaves the car, driver and passengers stranded in a live lane of the motorway depending on the type of smart motorway in operation.

This has been thrown into sharp relief as the widow of one of those killed on the M1 smart motorway section is now suing the Highways England for corporate manslaughter. Claire Mercer says Highways England failed to provide her husband Jason with a safe refuge after he pulled over to exchange details with a lorry driver when the two vehicles had been in a minor collision. Mr Mercer’s passenger was also killed in this tragic incident.

The section of M1 in question has what is called a ‘dynamic hard shoulder’. This is where the hard shoulder can be used as a live lane for traffic depending on volume and is managed via overhead signs to indicate if it is in use or not.

Variable speed limits are pre-set rather than altered in live time to traffic needs. This means drivers can be subjected to reduced speed limits even though the road is clear and free flowing. That causes unnecessary delays and frustration, and it also makes drivers less likely to pay attention to signs and warnings.

Sadly, this appears to be at the root of the four fatalities on the M1 where drivers have been killed due to other drivers’ inattention to what is ahead. If these four drivers had a proper hard shoulder to escape to when they needed it, there is a very strong likelihood they would be alive today.

The AA stated from the outset that the design of these motorways was fatally flawed and tragically that has proved to be the case.

At a time when road death figures have levelled off rather than continued to reduce, it seems like madness to introduce a motorway management scheme that can put drivers’ lives at risk. Extrapolate the four deaths on the M1 to the whole of the UK motorway network if it were all to be turned over to smart motorway and it could add 540 deaths per year to the total.

That is a worst case scenario, yet smart motorways are popular with government and transport agencies as it squeezes more vehicles into the same given road space without the need to widen roads. From an economic and environmental perspective, they make sense.

However, as many who use the motorway network will tell you, these upgrades have caused huge delays for years, so any benefit to drivers and the economy will take a long time to balance out. Yet there are other worries too.

Smart motorways present a serious danger to drivers who are unfortunate enough to break down or have to stop on a motorway, especially a stretch with no safe refuge. There is evidence that it can take up to 20 minutes for overhead signs to be changed to warn oncoming drivers about vehicles stopped in a live lane, which is simply way too long for anyone to be left exposed on a motorway.

In the event of an incident of any type, a smart motorway also makes it much more difficult for emergency and breakdown services to reach the stranded vehicle. On top of that, there is then nowhere for the emergency vehicles to safely stop while they carry out their vital work.

There are figures to show smart motorways have reduced the number of incidents on stretches of motorway where they are active, but this is as much to do with lower speed limits than the smart motorway itself. Variable speed limits are something all motorway drivers are now familiar with, so doing away with the hard shoulder does not clearly contribute to road safety.

Quite the opposite appears to be the case. The police and other emergency services believe smart motorways increase the risk of serious injury or death in the event of car having to stop. When those on the ground with first-hand experience of dealing with these incidents say a new system isn’t working, you should listen.

Calls to axe the programme to rip out motorway hard shoulders as Highways England research indicates that broken down vehicles are left stranded for 20 minutes before live lines are closed to other traffic... Our story here: https://t.co/Jhw4EnPjpu

In fact, the AA recently uncovered a Highways England report from 2016 which stated that breaking down on an all-lane-running smart motorway is 216% more dangerous than doing so on a conventional motorway with a hard shoulder.

The report, ‘Stationary Vehicle Detection Monitoring’, also revealed that the average time it took to notice a broken-down vehicle in a live lane between Junction 25 and 26 of the M25 was just over 17 minutes. One breakdown in particular took over an hour to be spotted by CCTV operators.

Yet, more smart motorways are planned and under construction, causing delays and misery for drivers already expected to put up with the creaking road network. What they’ll get in return is a road that may flow a little more freely at peak hours but leaves them in grave danger if they have to stop or another vehicle suffers a breakdown ahead.

Experts say that smart motorways are as safe as traditional motorways. So, what is the point if they don’t actively contribute to lowering road deaths and serious injuries? Also, almost all of this is based on computer modelling rather than real life experience. Given the horrifying data from one 16-mile section of smart motorway on the M1, the truth is smart motorways are a dumb idea.