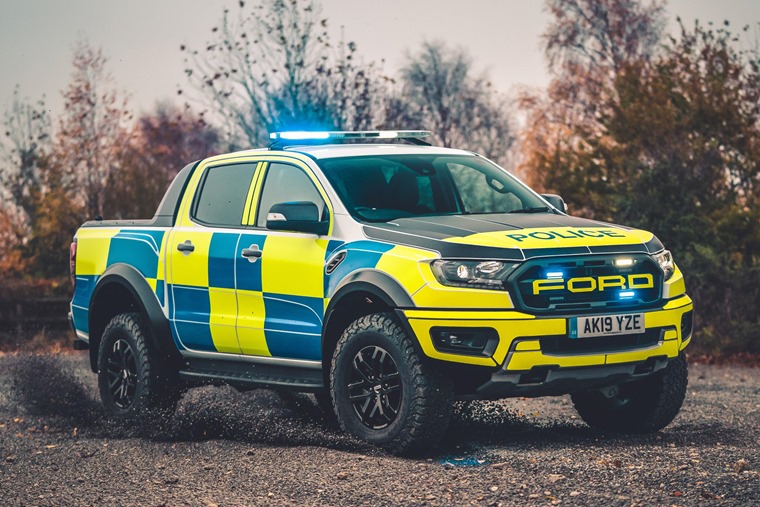 The toughest and most high-performing version ever of Europe’s best-selling pick-up, the Ranger Raptor is powered by a Bi-turbo version of Ford’s 2.0-litre EcoBlue diesel engine. It delivers 210hp and 500Nm of torque from Ford’s new 10-speed automatic gearbox

South Wales Police are among the first to trial the Ranger Raptor pick-up, which boasts imposing dimensions and extreme styling to give it a commanding presence.

Featuring FOX shock absorbers and Baja desert race mode as standard, it has more than enough to keep up with crims making a getaway across gravel, mud and sand. All of which may prove to be the perfect tool to access some of the UK’s most rural locations

It also wears all-terrain BF Goodrich 285/70 R17 tyres which have been specially developed for the Ranger Raptor. Measuring 838mm in diameter and 285mm wide, the design offers a tough sidewall to take on the most formidable environments with confidence, and an aggressive off-road tread pattern, which provides an iron grip in wet, mud, sand and snow conditions.

The Ford Ranger Raptor is the product of Ford’s Special Vehicle Preparation team, in Essex, which has added full Police livery with all-round emergency lights and sirens.