With keen pricing, the Astra remains a go-to hatch for those looking for affordable practicality. But is a range of new engines enough to keep it up there with the competition?

At what point does a facelift cease and a wholehearted update of a car begin? In the case of the Vauxhall Astra, that tipping point is now as the company introduces an entirely new range of engines.

This selection of motors makes the Astra even more relevant to leasing customers with lower emissions, improved economy and all-round better driving manners. 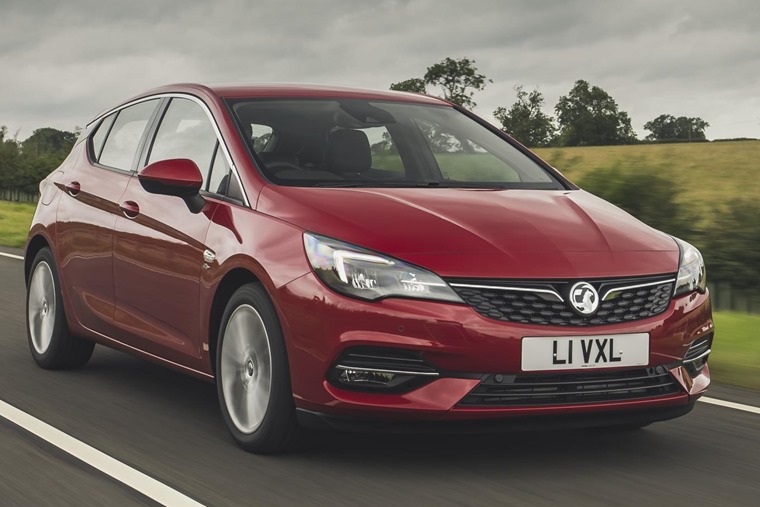 At first glance, it looks like Vauxhall’s engineers and designers have not laid a finger on the Astra five-door hatch and estate, but under the skin there’s plenty going on to make the car significantly more efficient and even better to drive.

The only tell-tale from outside of the revised Astra are its new headlights, which use full LED illumination on higher trim versions to give the best possible spread of light in all conditions, and this a development of tech already seen on the earlier car.

Further inspection reveals several improvements to the Astra’s aerodynamics, including upper and lower sections of the grille that open and shut independently of each other. 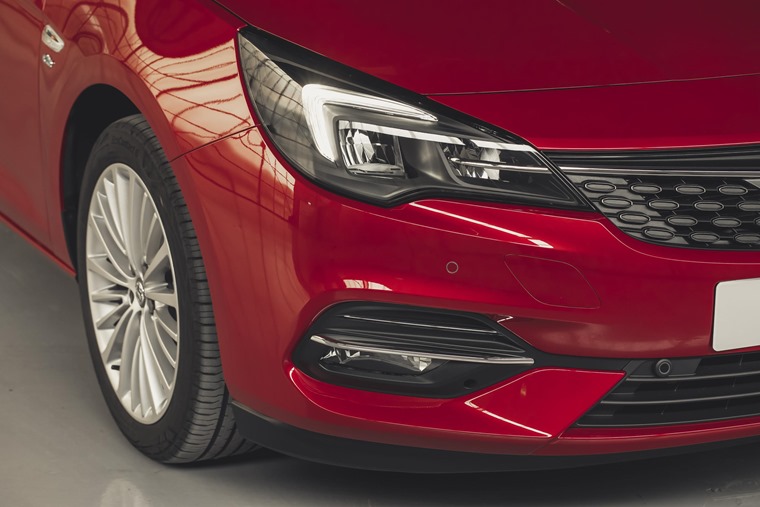 This smooths out the air flowing over the car so it slips through the air more cleanly to cut emissions. It’s small gains here, but every little counts nowadays when it comes to cleaning up a car’s act.

The new Astra is up to 21% easier on fuel and emissions than the one it replaces.

Other touches to make the Vauxhall create less drag as it drives along are a new engine compartment cover and even rear suspension components shaped like aeroplane blades.

All of this attention to detail results in a hatchback that is the most aerodynamic in its class and the Astra Sports Tourer estate has the lowest drag of any wagon on sale today. Impressive stuff, but there’s much more to come when you learn the new Astra is up to 21% easier on fuel and emissions than the one it replaces. Vauxhall has managed this by replacing the entire engine range.

In come a selection of three-cylinder petrol and diesel motors producing as little as 90g/km of carbon dioxide emissions.

We chose the most potent engine to try out first and it’s a cracking drive. 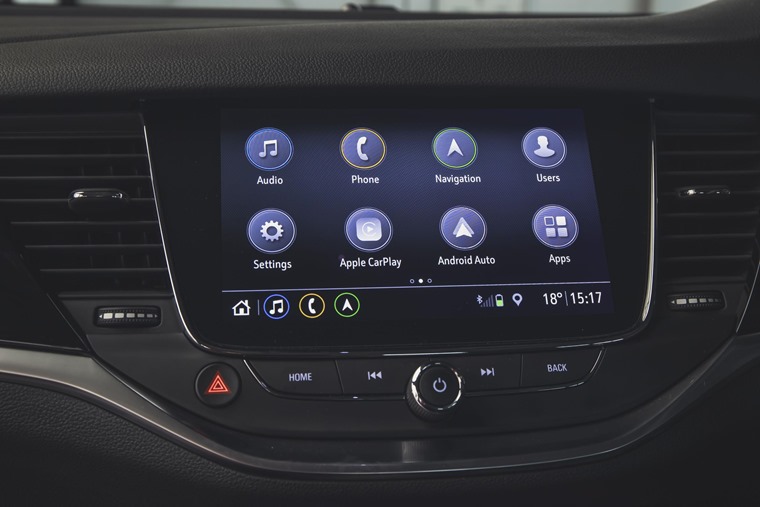 We chose the most potent engine to try out first and it’s a cracking drive. Despite 1.2-litres not sounding like much in a car of the Astra’s size even in today’s world of downsized motors, it pulls with real muscle to cover 0-62mph in just 9.0 seconds.

The Astra is every bit a match for the Ford Focus when it comes to agility.

More importantly, it accelerates and cruises in whisper quiet to make the revised Astra easily one of the most refined cars in its sector. That’s borne out by the supple and controlled suspension.

Vauxhall has worked hard in this area as well to make the Astra even better and it’s been time well spent. The handling, steering and comfort are all top notch. 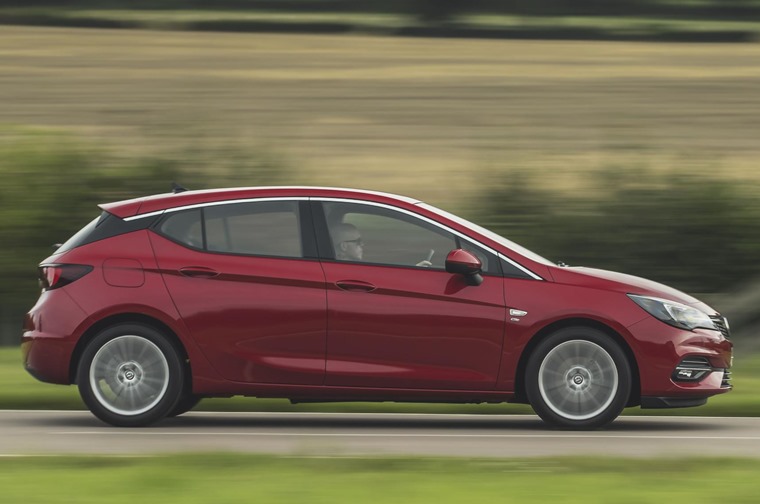 In comparison to its direct rivals, the Astra is every bit a match for the Ford Focus when it comes to agility and enjoyment from behind the wheel. The Ford has fractionally better steering feel, but we’d argue the Astra’s great refinement makes it the better bet for everyday driving duties.

Even the all-new Mazda 3 just shades the Astra by small degrees in areas such as handling and engine flexibility.

The diesels pull strongly to make the car brisk and easy to drive.

Take the lower powered petrol engines and performance is a smidgeon slower off the mark, but you will be unlikely to notice this on the move as the engines are notable for their low- and mid-rev urge. 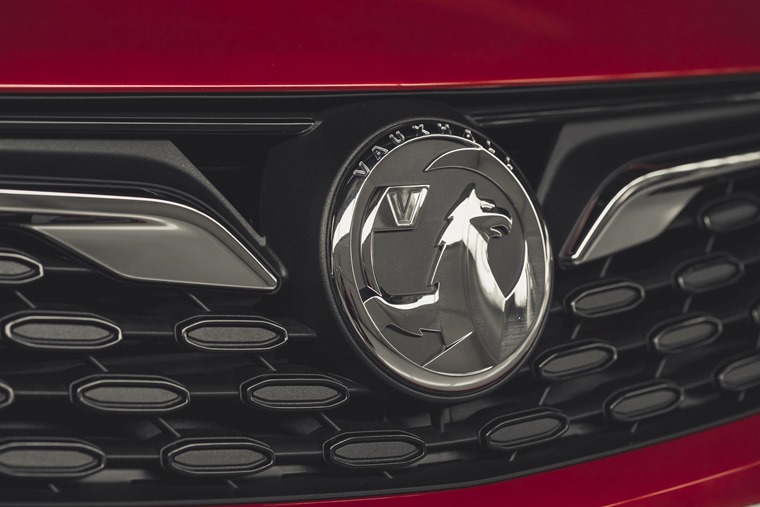 For the ultimate in laid-back driving, Vauxhall offers a Stepless automatic gearbox with the 145hp 1.4-litre turbo petrol engine.

There’s now an improved touchscreen as standard in all models.

If you prefer your Astra with diesel power, you can pick between 105- and 122 1.5-litre motors. Again, they pull strongly to make the car brisk and easy to drive while being superbly hushed.

The diesels are also rated as low 90g/km for carbon dioxide emissions and offer 62.8mpg combined economy, so company drivers and those who place low running costs high among their priorities will enjoy these Astras. 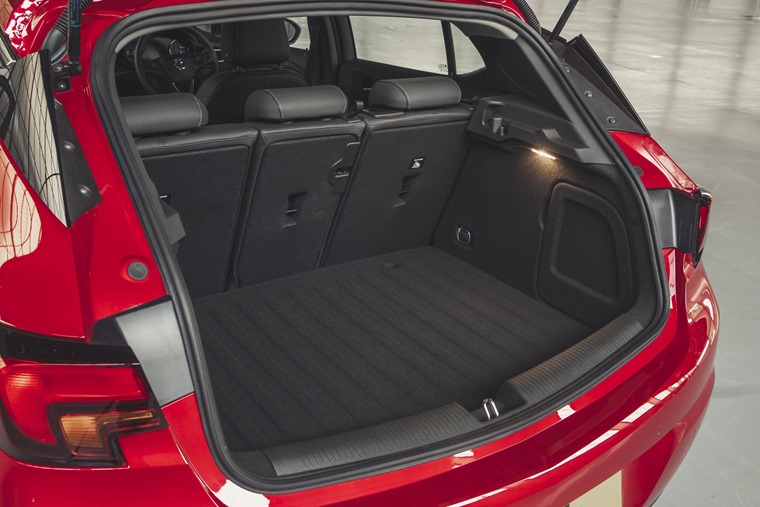 It’s a very easy car to like as Vauxhall has also made some subtle changes to the cabin. There’s now an improved touchscreen as standard in all models and air conditioning, cruise control and alloy wheels are fitted to every version.

Vauxhall has rationalised the trim line-up.

Vauxhall has rationalised the trim line-up, but you can pick from seven equipment levels. We tried several different models and each has a more premium feel to the materials and build quality than before.

Just as well when the Mazda 3 now raises the bar in this class to a point where you question the need to look elsewhere for a compact car. 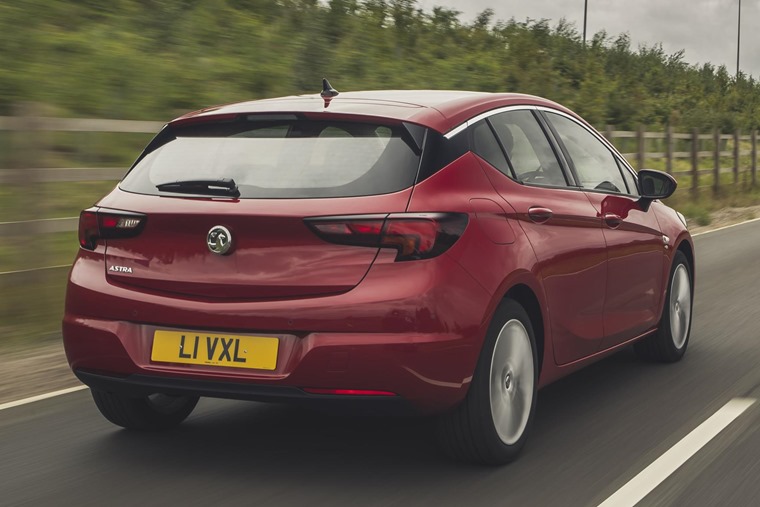 With keen pricing and lease deals, the comprehensively updated Vauxhall Astra is one of the most attractive cars in its small hatch and estate segments.

Couple that to the strong performance and efficiency of the new engines and the only thing that won’t change is its place among the best-sellers in the UK chart.

Changes are limited to a new set of headlights on the outside, but it remains a good-looking car.

A new touchscreen is now standard across the range, as is cruise control and air conditioning.

Not quite up to the standards of a Focus, but the new engine line-up has given the Astra a new lease of life.

It’s 21% more efficient than before, with the petrol engines all producing 102g/km of CO2 and capable of more than 50mpg combined.

370 litres of boot space means the Astra is around average for its class; five litres short of a Focus but around ten litres more than a Mazda 3.