The updated Volkswagen Arteon fastback and Shooting Brake models are now available to order in R specification, topping the range which was refreshed earlier this year.

The announcement follows order books opening on the enhanced range, which is now available in no fewer than 26 configurations. 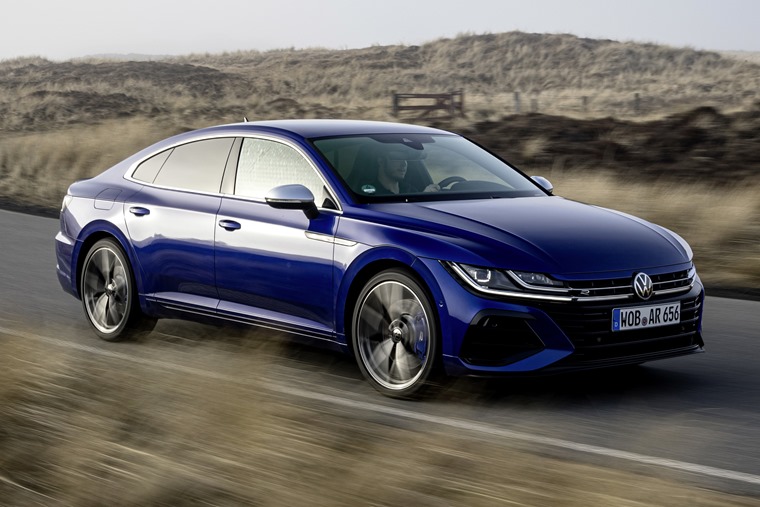 Three standard equipment lines remain – SE Nav, Elegance and R-Line. However, the fiery R model, pictured above,  produces 320hp – enough to get the Arteon to 62mph from rest in 4.9 seconds.

It uses the same power plant as you’ll find in the Golf R, with a top speed of 155mph and 420Nm of torque on offer.

Aside from the R, the newly introduced 2.0-litre turbodiesel is the most powerful engine on offer. Its 200hp gets it from 0-62mph in 7.4 seconds and comes with a six-speed manual or a seven-speed automatic gearbox. 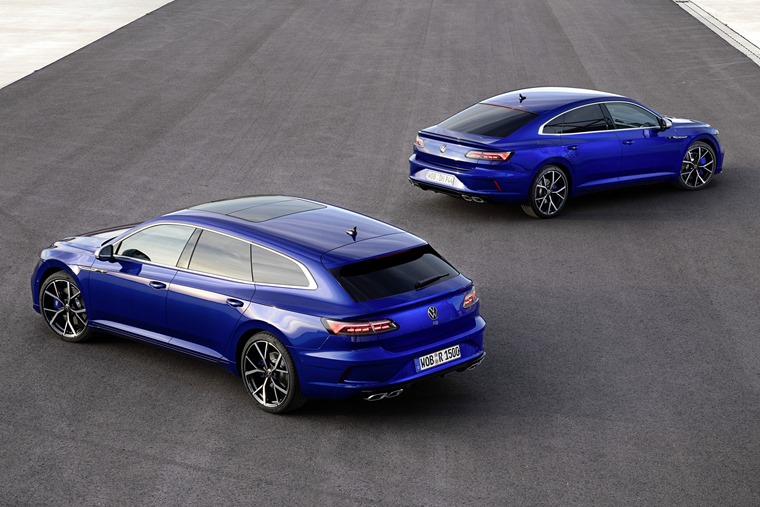 R models feature four-wheel drive as standard, although you’ll be able to choose between a front- or four-wheel drive drivetrain on the R-Line too. Official stats show this engine is capable of over 55mpg combined.

The 1.5-lire petrol engine has also been revised to be more economical, and is available with either a six-speed manual or seven-speed automatic gearbox. It’ll get from rest to 62mph in under 9 seconds and return around 45mpg. 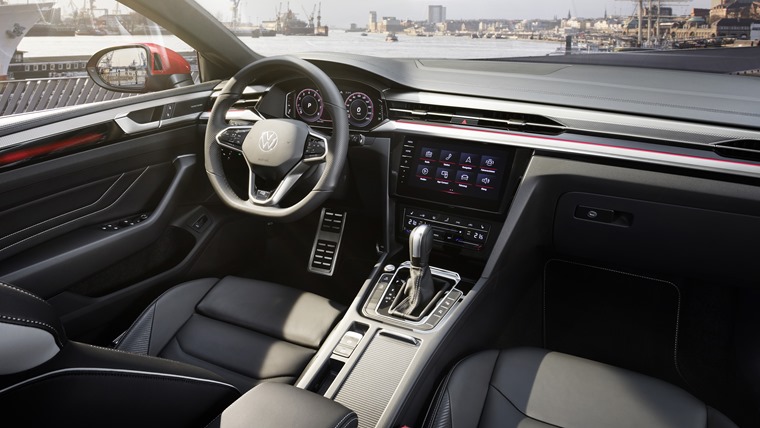 Styling-wise, the designs go unchanged. Both cars are still characterised by an avant-garde design with a continuous light strip and striking chrome-bar grille domination the front end.

Differences become apparent around the back. The fastback model gets an elegant sweeping design, while the Shooting Brake extends the roofline and adds another window, turning the Arteon into a practical estate car. 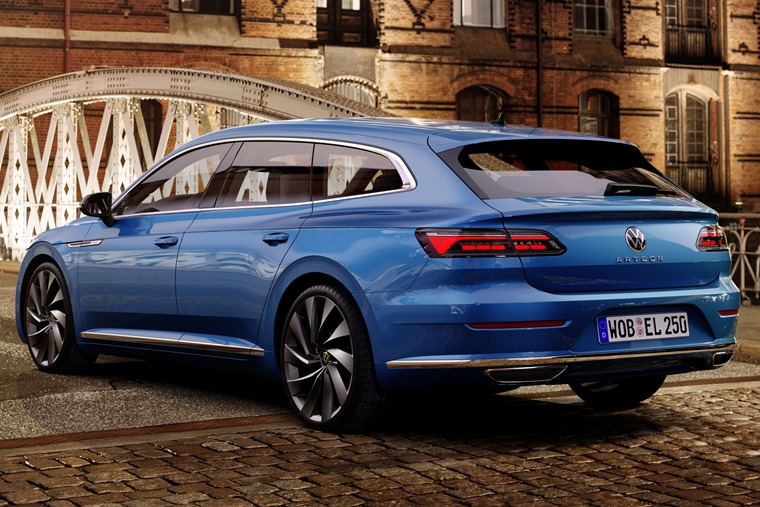 Changes to the interior include a new steering wheel, illuminated trim panels, a wireless charger and Apple CarPlay and Android Auto as standard.

The revised range is available to order now. You can compare Arteon leasing deals, or alternatively watch our video review to see what Howard thought.