The potent Volkswagen Touareg R is now available, with list prices from £71,995.

On the outside, you’ll notice a host of tweaks give the Touareg R more presence and sporting appeal than the standard car.

Both bumpers have been changed out with sportier variations. At the front, you’ll find it has a more aggressive look, while the back gets a twin-pipe exhaust exit and some neat black details.

22in alloy wheels are painted gloss black, while you find numerous R-specific badging around the car too.

On the inside, changes aren’t as dramatic. It largely resembles the standard car, although being the top-spec variant means you get a huge 15in infotainment system and a 12in digital driver display.

The trim has also taken a step up, with quilted leather seats and door panels the most notable change in the department. 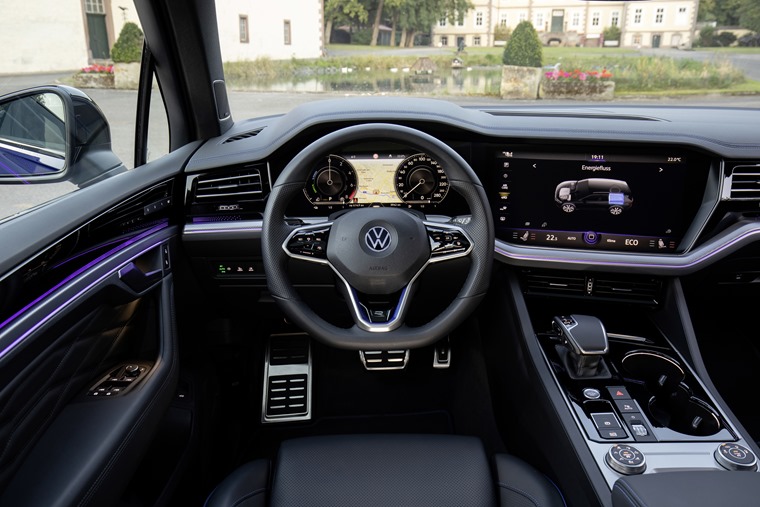 You might be surprise (or not) that the sporty Touareg R is now a plug-in hybrid. It can actually achieve around 30 miles of driving on electric-only power thanks to a 14.3kWh battery.

The electric motor is coupled with a 3.0-litre V8 petrol engine, which when combined produce 460hp. The result is an impressive 0-62mph time of 5.1 seconds and a limited top speed of 155mph – impressive for such a large SUV. 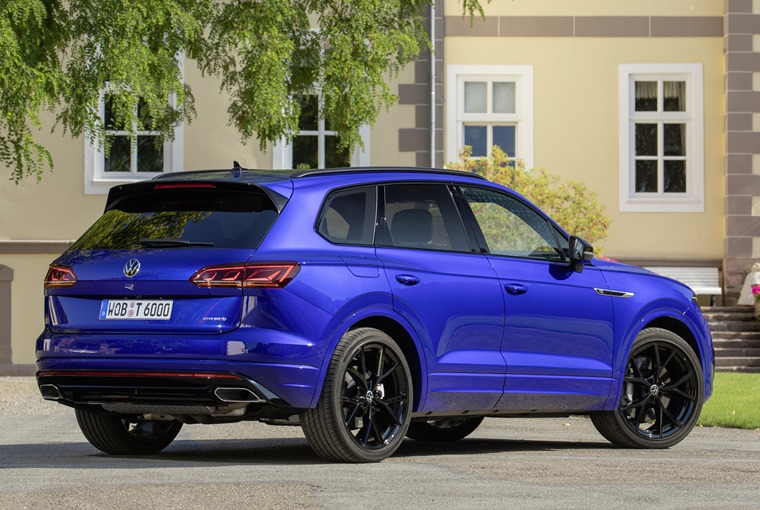 We’ll bring you leasing plans on the Volkswagen Touareg R as soon as they’re available. Alternatively, check out deals on the standard car via the button below.