Bang for your buck: The best power-for-£ performance cars

Like your cars with a bit of oomph? Well as important as a car’s power to weight ratio is, at Leasing.com we’re more concerned with your power-to-pound ratio.

If you're a fan of all things fast and like getting your money's worth, just how much bang for your buck can you get if you lease?

We’ve had a peruse of the deals on our site right now to see. For argument’s sake, we’ll use brake horse power (bhp) as our unit of measurement, and only concern ourselves with models that class themselves as performance variants. Our aim was to find the cars with bhp outputs that are equivalent to (or as good as) their monthly cost.

It’s not as easy as it sounds, but we managed it – here’s our top five ‘bang for buck’ lease cars…

Sensible family cars, that’s what Kia makes right? Enter the Kia Stinger. Powered by a 3.3-litre twin-turbo petrol V6 engine, the Stinger in its top of the range guise has 365bhp on tap and that translates to a 0-62mph dash of just 4.7 seconds - marginally quicker than a Bentley Continental GT to give that some context - and will plough on to a maximum speed of 168mph.

There’s beauty, there’s brawn, but the Stinger also offers balance too. While there’s no disguising the GT’s significant weight, the car handles curves with a degree of enthusiasm. The steering is precise, the front end sharp enough to make placing the car easy, while the rear-wheel drive helps the balance and poise.

It is a lot of fun, and you’ll struggle to find anything else that offers this amount of power at this price.

While a performance Golf might be out of the question for this top five, you can bag yourself a performance Seat – which is basically the same thing. This year has seen some fantastic deals on the Leon, and that’s the case whether you’re after an entry-level 1.2-litre SE or the full-fat performance variant we’re dealing with here. The Cupra 300 is actually the fastest road car the Spanish manufacturer has ever made – and it’s a bit of a bargain.

That 300 actually stands for PS, which equates to 296bhp. Happily, you’ll find the three-door, five-door and estate versions of the Cupra 300 are all available for less than £296 per month and, with a sporty bodykit and a class-leading suspension set-up, it stands up well against the likes of the mighty Golf.

If you were worried this was turning into a hot hatch rumble, fear not – the Skoda Octavia vRS is a more practical proposition. Ok, it’s not as potent as the hyper hatches above, but its 245bhp still ensures the petrol version gets from 0 to 62mph in less than seven seconds – not to be sniffed at. And now for the best part…

Octavia vRS personal lease deals current start from way less than £200 per month – that’s a significant amount less than its power output. But its bang for buck factor doesn’t stop at the engine – add its cavernous 590-litre boot into the mix (610 litres in the estate) and it’s difficult to think of more car that’s available for that kind of money. 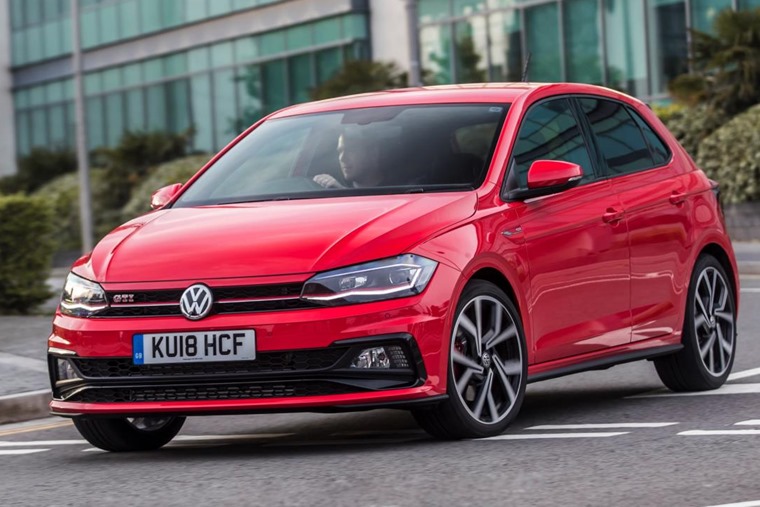 As iconic as performance Golfs are, their desirability means they aren’t what you’d call cheap. But its smaller sibling is. Say hello to the latest version of VW’s Polo GTI. The best bit? It’s fitted with the same 2.0-litre turbo-petrol engine as the Golf GTI, and produces the same amount of power. 197bhp to be precise.

With a 0-62mph sprint of 6.7 seconds, it sits between the brand’s smallest performance offering – the Up! GTI – and the larger Golf GTI. Its new platform results in it being more fun than its predecessor, and is now a true rival for the Fiesta ST. But that’s not all; it’s significantly more practical than the Ford, too, thanks to its 351-litre boot. The best bit? It’s available for around £197 per month. Great value. 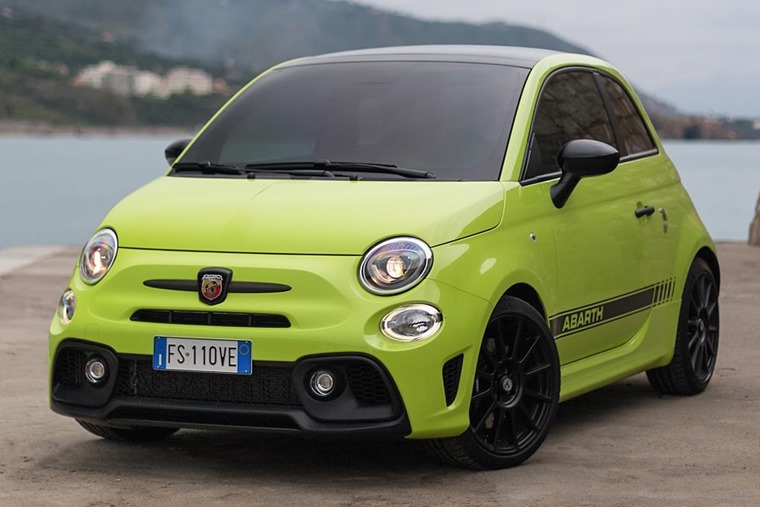 Cheap thrills? Ok ok, with bhp figures of between 145 and 180 depending on the variant in question, we’ll admit you’re unlikely to bag one for exactly the same amount of your British pounds. However, the Abarth 595 is one of the easiest ways to have bucket loads of fun for not very much cash. We even gave you five reasons explaining why it’s potentially the best-hidden hot hatch gem. And, yes, it’s available in other colours than the Adrenaline Green above.

Even in its most basic 143bhp guise, turning the key of the Abarth will have you giggling away thanks to that gurgling twin exhaust system. The range-topping Competizione gets a 0-62mph time of 6.7secs and a top speed of 143mph. A limited-slip diff and uprated suspension mean this is the version to go for if you’re really after an involving drive.