With average speed cameras becoming more and more prominent on the road – from being an integral part of smart motorways to recent news that Edinburgh plan to introduce up to 25 on their roads – they’re an increasingly (un)popular way to keep motorists stuck to the limit as well as encourage a smoother and more consistent flow of traffic.

With all this in mind, here’s a quick public service announcement on the ins and outs of average speed cameras.

How can I spot an average speed camera?

Average speed cameras are bright yellow, with cameras and sensors set up in pairs along an extended lampost. The number of cameras vary depending on the road so it can get full coverage of all the lanes. As you continue on your journey you could see another lamppost anywhere from 200m to 10km down the road with the same camera/sensor set up. You’ll only ever see them on dual carriageways, certain stretches of motorway and more often when there are extended roadworks.

How does an average speed camera track me?

The cameras use automatic number plate recognition. This will identify your vehicle when you first enter the stretch of road with average speed cameras, and again when you leave or the zone ends. 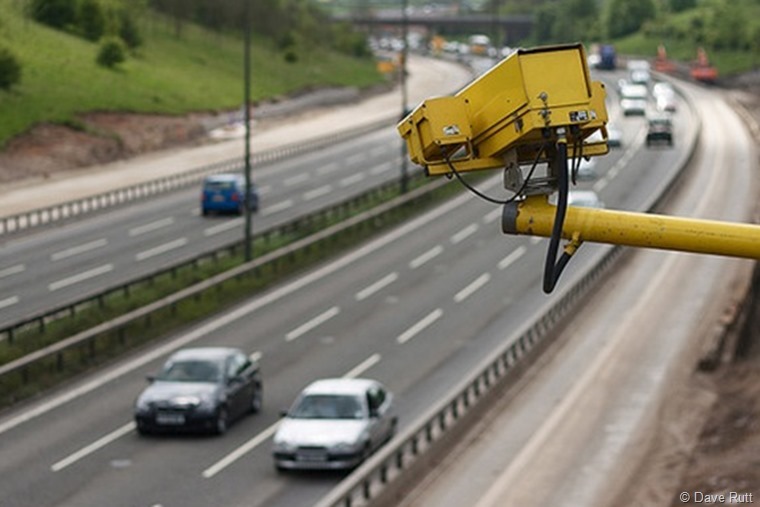 Are average speed cameras always on?

Whereas fixed speed cameras are often switched off, when it comes to average speed cameras it’s best to assume they’re always on and not leave it to chance. Highly sophisticated, they use infrared technology and so can function at all times of the day and during bad weather.

Will changing lanes fool the cameras?

A common myth is that changing lanes will confuse the camera’s ability to accurately tally your average speed calculation. As stated above, lampposts feature pairs of cameras and sensors to get a full coverage of every lane on the road to compare data so that won’t work.

Will I be fined if I go over the speed limit when passing just one camera?

There’s some leeway to be gained from the fact they are average speed cameras, meaning that as long as you’re consistently under or on the posted limit you should be fine if you accidentally go slightly over during one small part of the journey.

Does the oft-cited ‘10% tolerance’ rule not come into consideration?

While the Association of Chief Police Officers guidance recommends that speed enforcement will normally occur when a driver exceeds the speed limit by 10% plus 2mph, remember that this is guidance, not legislation. If you’re speeding, you’re speeding.

While all cameras have a tolerance limit to account for accuracy – whether that’s the speedometer of your car or the camera itself – the fact of the matter is if you’re even 1mph over the limit technically you’re breaking the law and have no grounds to complain. It’s best not to chance it.

Check out our other road awareness FAQS: